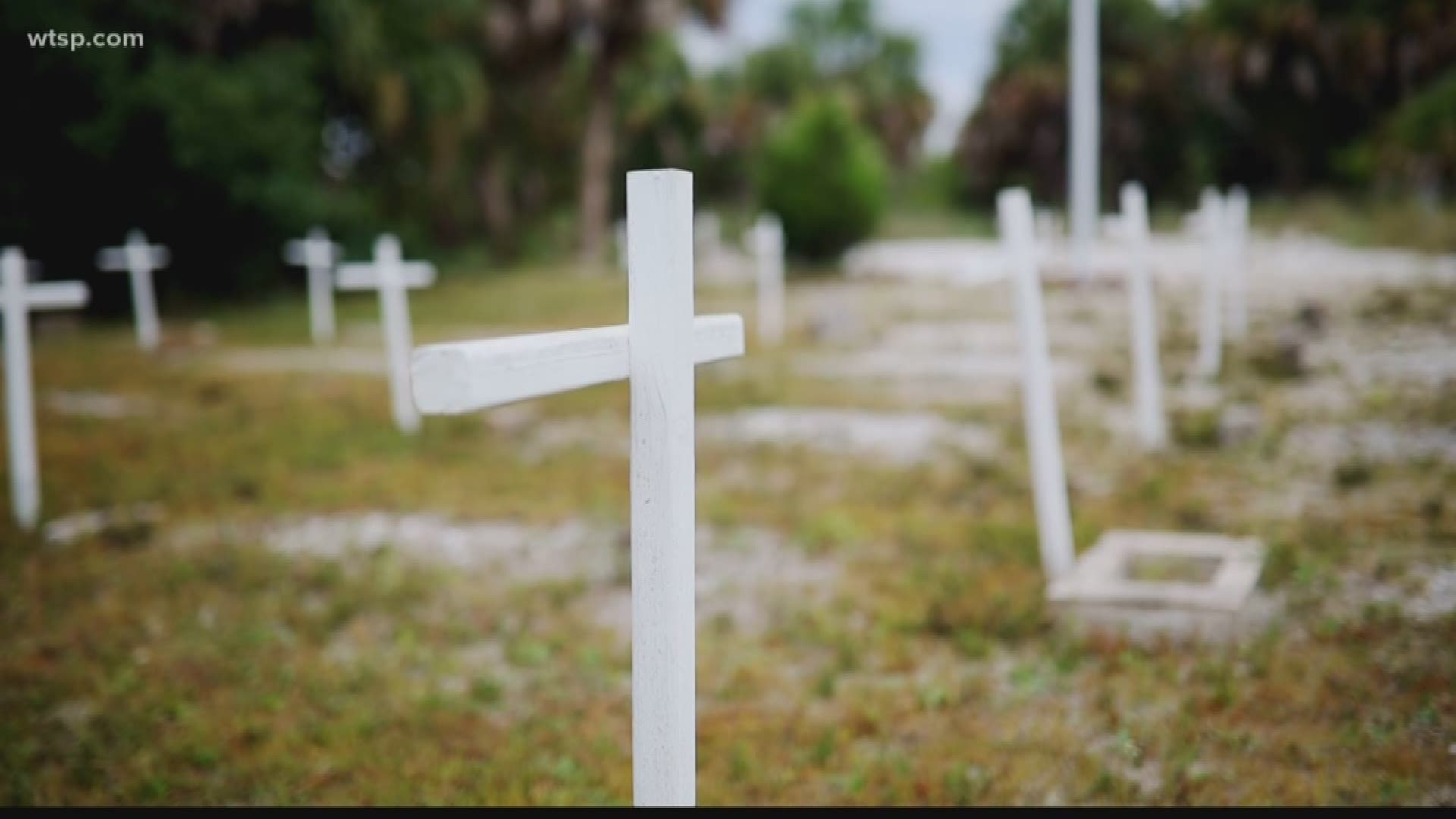 HILLSBOROUGH COUNTY, Fla — Egmont Key is one of the most bright and beautiful places to visit in the Tampa Bay area. The experience of the ferry ride, spending the day in a tropical paradise -- it feels exotic, mysterious even. But, the island has a dark and ugly past for the Seminole Tribe of Florida.

"This is an area where they tried to hold my ancestors and they tried to remove us from Florida,” said Quenton Cypress of the Seminole Tribe of Florida. And although they succeeded with only a few, the majority of us, we're still here."

For Native American Heritage Month, Quenton Cypress traveled from his reservation in Clewiston, Florida to Egmont Key to share his ancestors’ story with 10News. Workers with the Seminole Tribe of Florida’s Tribal Historic Preservation Office and the University of South Florida joined him on the trip.

"The Seminole story, unfortunately, here happens after you have the Americans come through. The Seminole Wars began in the early 1800s. And it's a period of constant struggle and warfare for the tribe,” said Dave Scheidecker, research coordinator for the Seminole’s Tribal Historic Preservation Office of Central Florida.

They were fighting to keep land that had always been theirs.

"Most people learn about the Trail of Tears, but a lot of them don't know that the Seminoles were taken from Florida by boat, and Egmont Key was a really, significant stopping point for that,” said Lacee Cofer, chief data analyst for the Tribal Historic Preservation Office.

“There are tribal members who referred to this as a concentration camp. And it checks every box for the definition of a concentration camp. It fully qualified as one,” said Scheidecker. “We try to pretend that kind of thing never happened here. This is the kind of history that people don't often want to look at. For the tribe, that's why it needs to be told. This happened here, this can happen here. This did happen here. And when people talk about now that this kind of thing could never happen in America would never happen here. It has."

Cypress said this is exactly why it’s a story that needs to be shared and discussed more often.

"The US still isn't telling that story. They're trying to hide and push it away and push underneath the rug,” he said. “We're here to try and voice and tell that story and share it and make sure that the general population and everybody else knows our story and knows why we are the unconquerable Seminole Tribe of Florida. And just know that there's that fight that we had in us and we still have it to this very day.”