Single mother begs Florida Gov. DeSantis to apply for Lost Wage Assistance as she prepares to be evicted

Jennifer Stone only receives $148 per week in unemployment benefits and is begging for the extra $300 that could be provided by the Lost Wages Assistance grant. 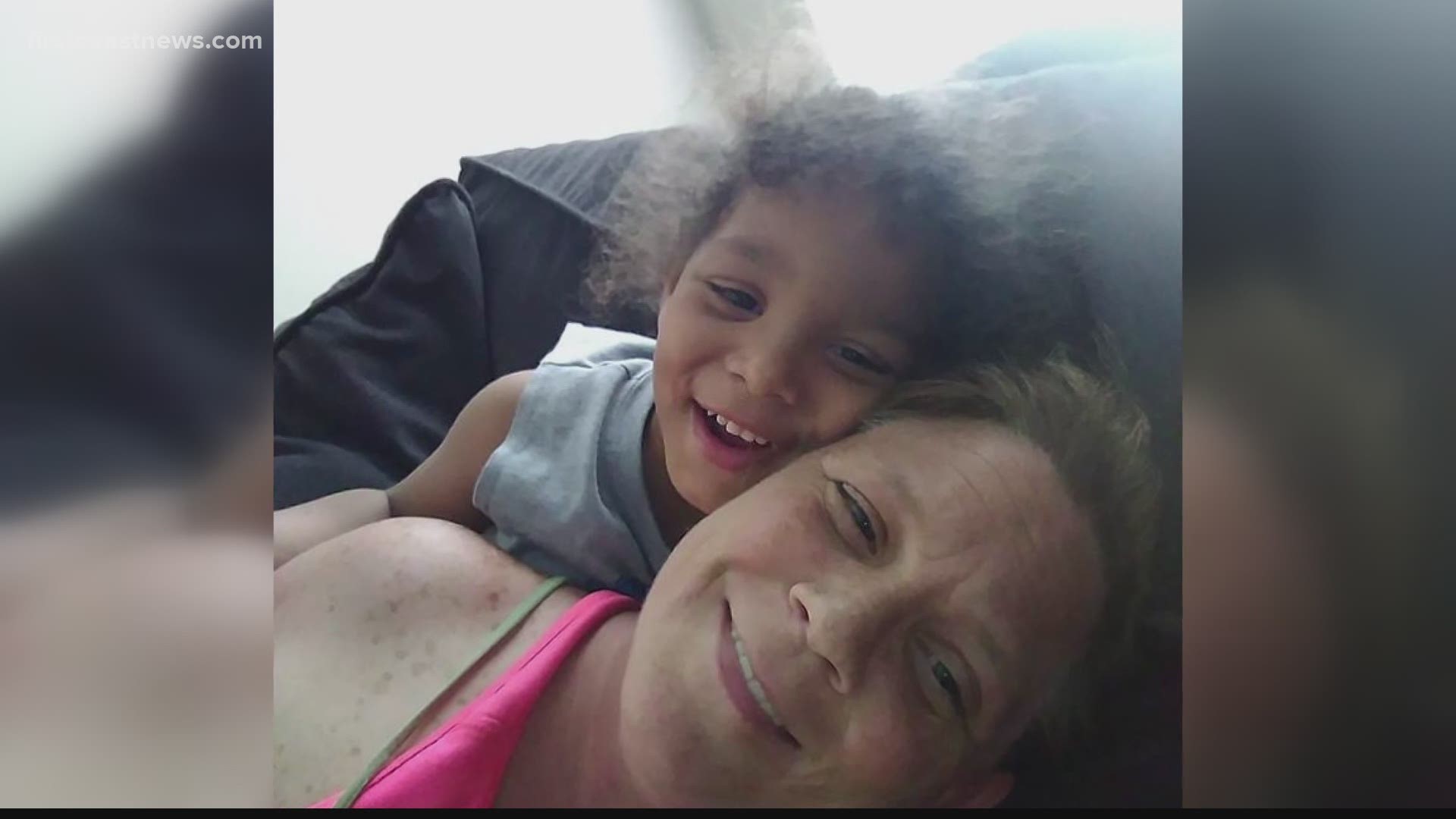 JACKSONVILLE, Fla — Nearly a week has passed since the Lost Wages Assistance grant has been made available for states to apply to, and Florida is one of just a few that has yet to apply.

The program was created through the president’s memorandum and provides unemployed Americans with an extra $300 per week through a FEMA grant. All the governor needs to do is submit an application for it

Unemployed Floridians are begging for this assistance after the weekly $600 Federal Pandemic Unemployment Compensation expired in July.

“It’s really hard,” said single mother Jennifer Stone while crying. “I try and do what I can every day to make sure my son is able to still have a roof over his head, food in his mouth, lights on.”

Stone said Friday was her breaking point. She was stranded on the side of Beach Boulevard in Jacksonville as her car broke down from running out of gas. Stone couldn’t afford to fill the tank and had to be taken home by a police officer.

Stone said she just wanted to give up at that point but is making sure to survive for her 6-year-old son Achilles.

“I don’t let my son see me cry,” Stone said. “I mainly do it in bed while I think about how I’m going to get through the next day.”

At $275 per week, Florida’s maximum unemployment benefit payments are some of the lowest in the country. But, not everyone even gets that. Stone only receives $148 per week.

Stone is contemplating if each dollar will go to food, utilities, rent or her car, but $148 doesn’t cover it all.

“The food I get I make sure he eats before I do. I’ll eat leftovers, I’ll eat whatever he doesn’t want to eat,” she said.

Stone said if the governor doesn’t apply for LWA to get her that extra $300 per week, she’s going to lose everything.

“Come September, I’m going to be homeless with my son because the governor is not wanting to help me,” Stone said.

The DeSantis has stated there’s a possibility the state may increase unemployment benefits. The governor did not say by how much or when it could happen. DeSantis also hasn’t made a statement if he plans on applying for the LWA grant, just like 33 states have already done as of Saturday.

“Without him wanting to help us, this isn’t going to be able to happen much longer,” Stone said.