At least 7,000 people ran in the inaugural race this year. 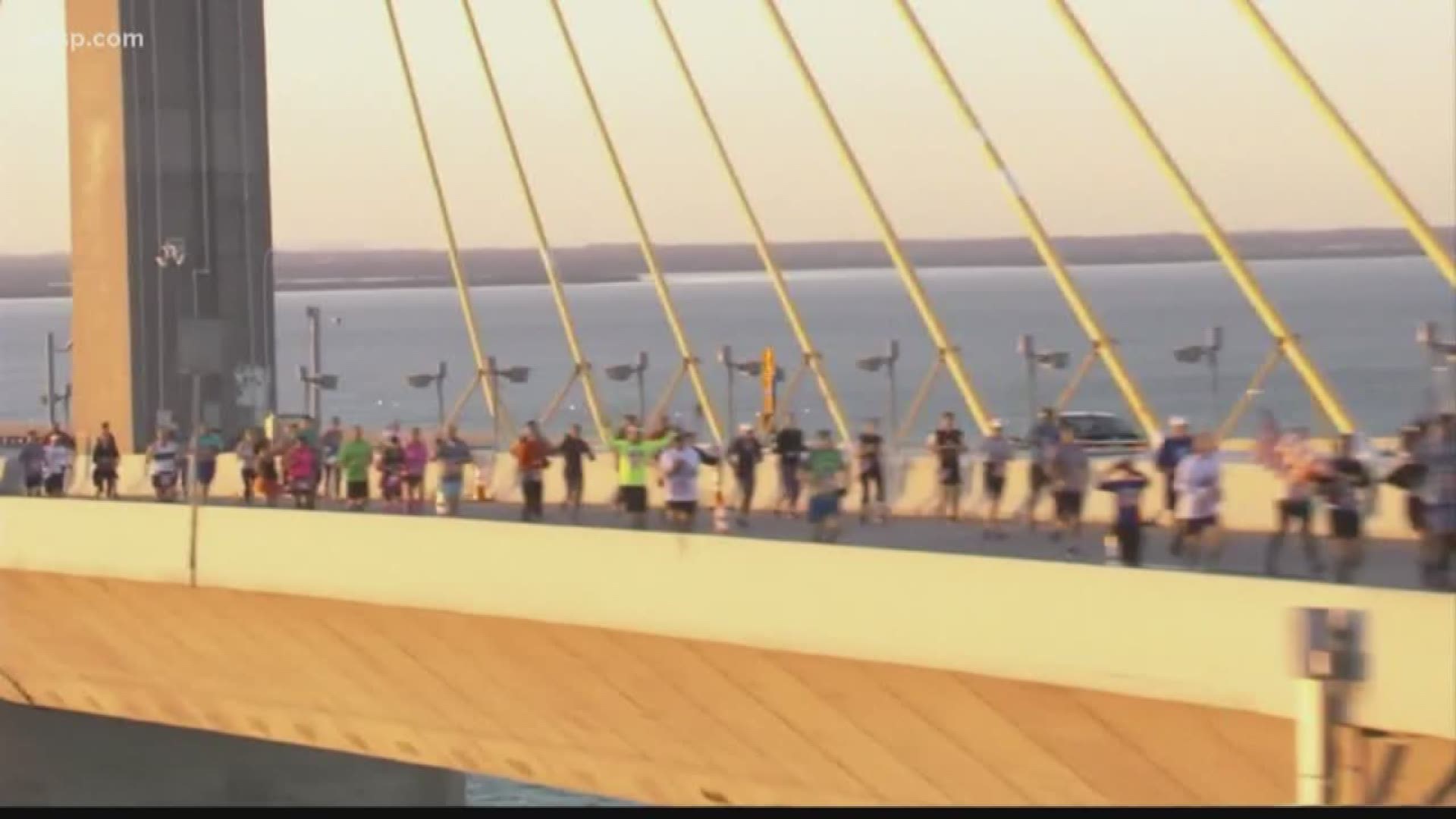 ST. PETERSBURG, Fla. -- Touting the success of the inaugural Skyway 10K, organizers announce the second event will be held March 3, 2019.

Thousands of runners and walkers hit the iconic Sunshine Skyway Bridge earlier this year to benefit military families. Through donations and race registrations, a $560,000 check was presented to the Armed Forces Foundation.

Registration will open later this summer.

Race officials also announced that by working with race officials, the Skyway 10K will continue on for at least the next five years.

At least 7,000 people ran in the inaugural race on March 4, 2018. It marked the first race across the bridge since it opened to traffic in April 1987.

Editor's Note: 10News WTSP was a sponsor of the inaugural Sunshine Skyway 10K.