At first, they say they tried working with the daycare to make changes without success. But after a fourth biting incident, they pulled their daughter out, leaving scathing reviews about the daycare all over social media. 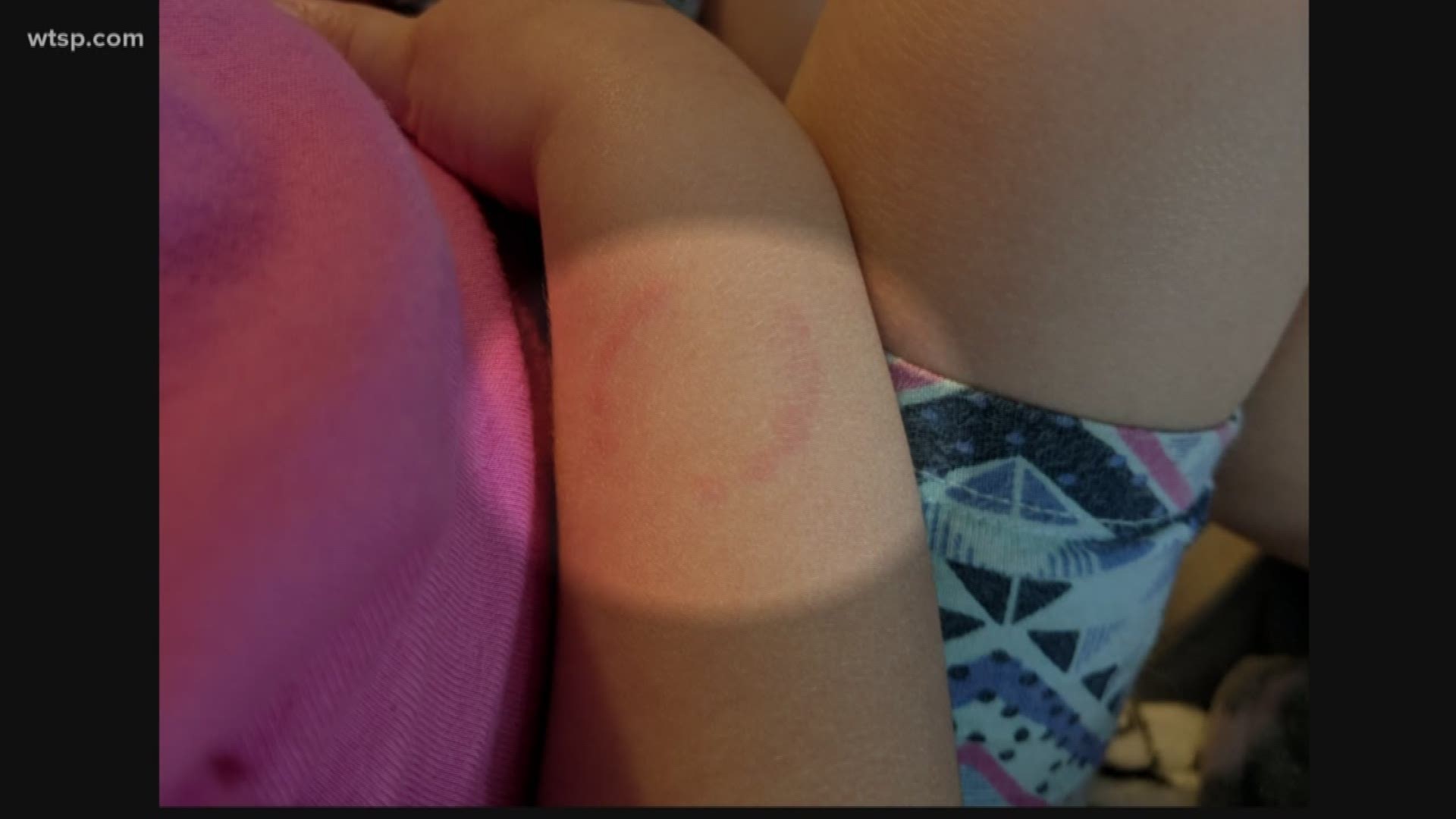 SPRING HILL, Fla. -- It started off as a bad experience at their daughter’s daycare. Now, a Bay area couple says they’re being sued after posting a negative review on social media.

Juana and Daniel Dameron did their homework when searching for a daycare for their daughter.

“You need peace of mind when you’re leaving your child,” said Juana Dameron, whose 2-year-old daughter Naomi started coming home with bite marks after beginning at the daycare school. “An incident report was written and they expressed they were really sorry, this thing won’t happen again.”

But the biting continued, according to the Dameron’s. At first, they say they tried working with the daycare to make changes without success. But, after a fourth biting incident, they pulled their daughter out, leaving scathing reviews about the daycare all over social media.

Weeks later a lawsuit showed up on the family’s front door. The daycare is suing for libel and defamation, claiming up to $15,000 in damages, plus attorney fees.

“I was like wait… what,” recalls Juana. “I couldn’t understand… it was a review.”

Gino Megna is the Dameron’s attorney and says his clients did nothing wrong.

“There’s nothing in there that he said, in my opinion, that is defamatory,” said Megna. “Because the statements were the truth. It wasn’t that he went there and had an experience and completely lied about or said this daycare was committing a crime when they did nothing.”

10News was unable to reach anyone from the daycare on Sunday, but their complaint is clearly laid out in a lawsuit filed in county court earlier this month. The lawsuit claims the Dameron’s knowingly made false or misleading statements with the intent to cause financial harm.

Some of the reviews have now been removed from social media but the Dameron’s still feel its important information for the public to know.

“As parents, we felt like it was our duty,” said Juana Dameron. “This happened to us, so it could potentially happen to you.”