St. Pete church transformed into luxury home back on the market

But this time the one-of-a-kind property is listed at a much higher asking price. 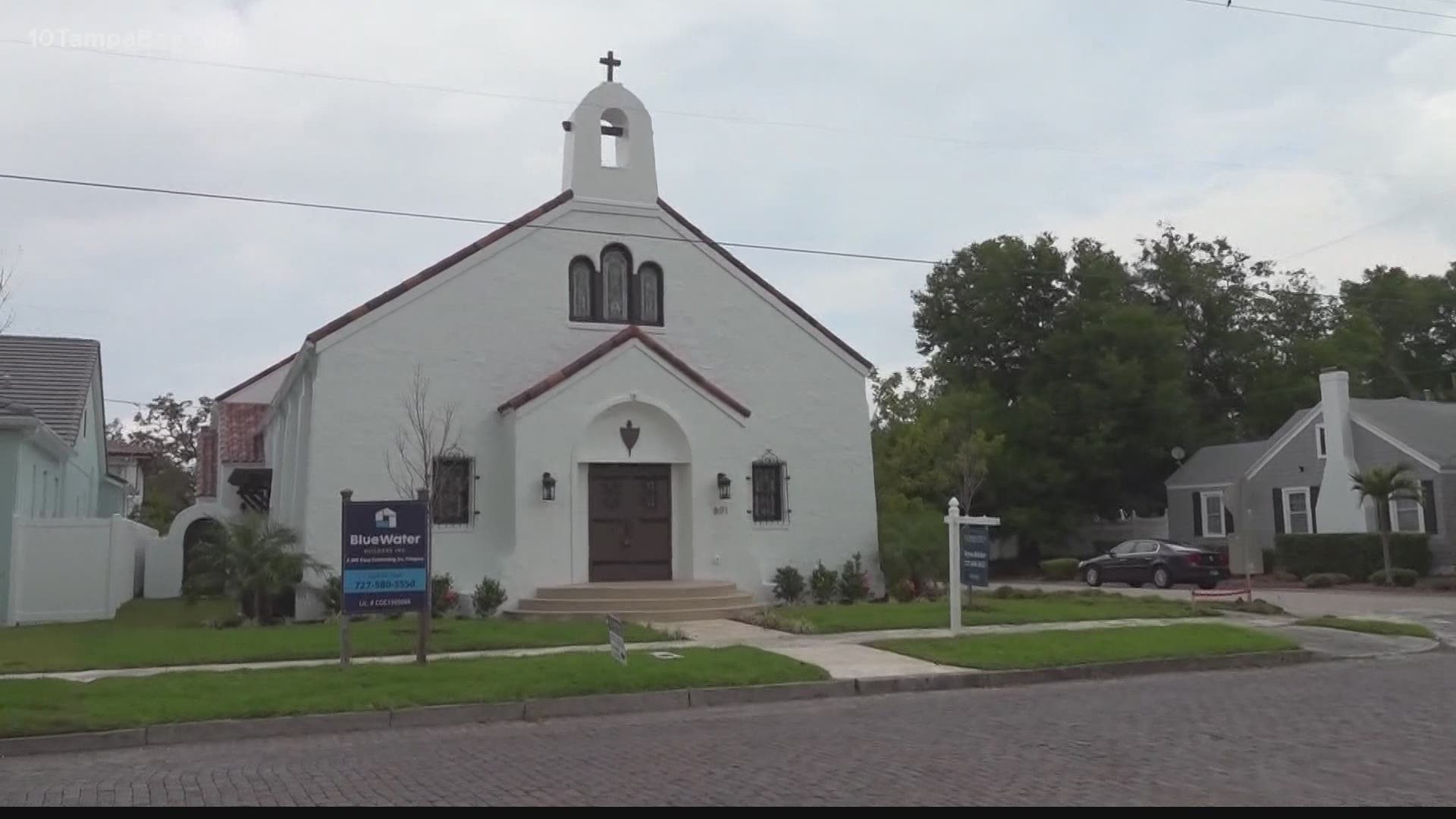 ST. PETERSBURG, Fla. — Editor's note: The video above is from when the home originally sold back in April.

If you had your sights set on moving into the refurbished former church in St. Pete, consider your prayers answered.

The historical church-turned-luxury home is back on the market.

You might have heard about the property back in March when it first became available to prospective homebuyers.

Originally built as Grace Lutheran Church back in 1928, it was once a gathering place for worship, voting and special events.

So when a developer bought the property with plans to tear the church down, the neighborhood association fought to keep the sanctuary standing.

“They decided that they wanted to have the church declared historical,” home developer Scott Herald said, who invested in the project.

Herald worked with builder Jason Sanchez and the city of St. Petersburg to come up with an alternate plan which included saving the original church sanctuary and transforming it into a home while leaving the outside unchanged.

An architect designed the interior, transforming this nearly 100-year-old house of God into a house for the living.

Credit: Bryan Belcher
A look at the inside of what was originally the Grace Lutheran Church. Developers transformed the building into a luxury home.

“It’s a well balance between old and new and that is what we were looking for,” said Herald of the finished project.

Inside you can pull up a pew at the dinner table or head upstairs for a good night’s sleep.

"The master bedroom is the choir loft,” Sanchez said. There’s even a swimming pool out back.

Sounds pretty amazing, right? Hundreds of others thought so, too.

After only a few weeks on the market, the one-of-a-kind house sold for $1.4 million in April. But according to its listing on realtor.com, it was put back on the market on Aug. 19 for a much higher asking price of nearly $2.25 million.

So if you're interested, you have a second chance to call the property yours. Consider it a gift from God.

You can read more about the original church's history here.