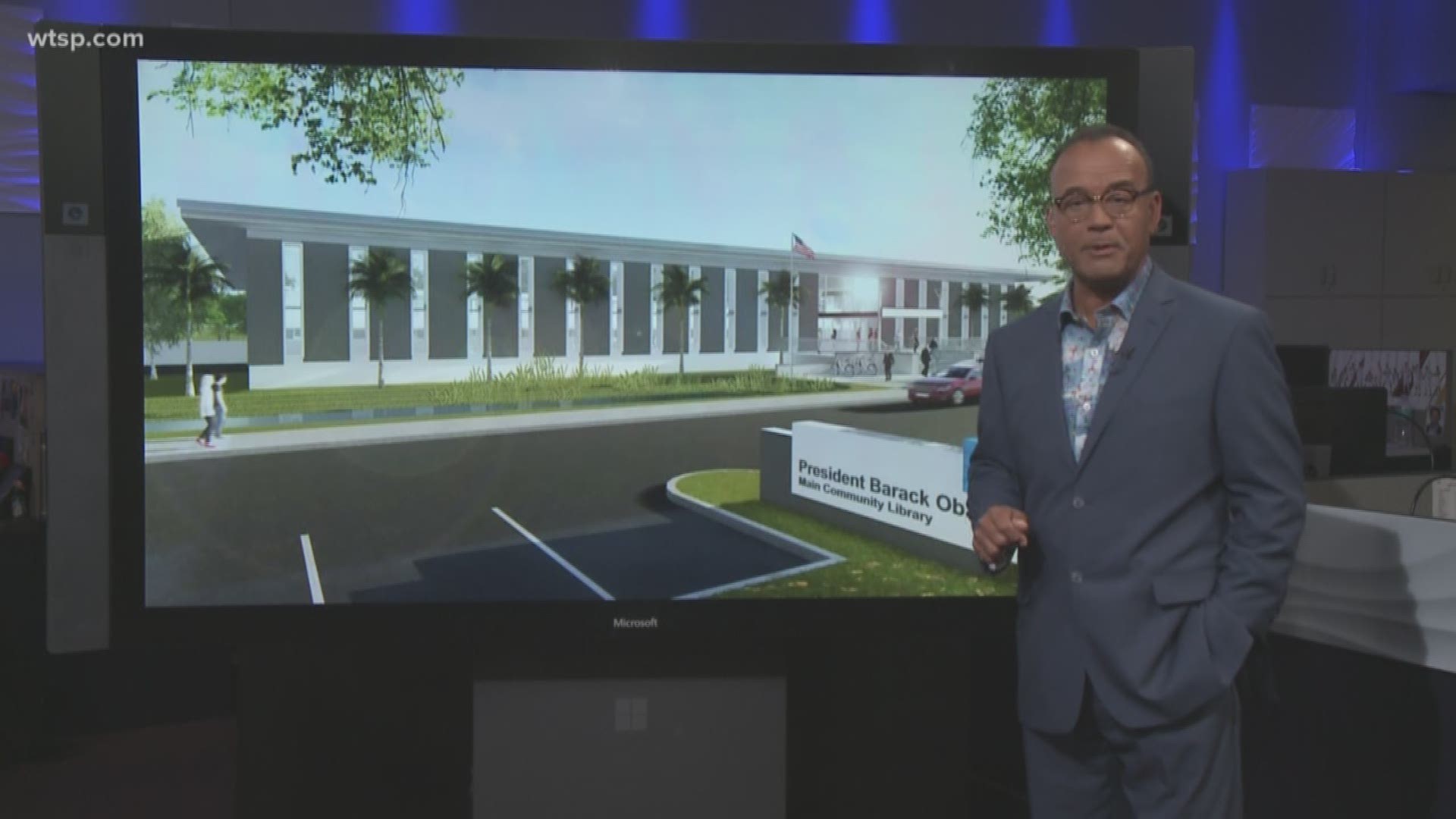 St. Petersburg, Fla. — After more than a year of conversation, the city of St. Petersburg is officially renaming its main library to honor the 44th president of the United States.

“Highlighting Barack Obama’s extraordinary story and history-making presidency in this way will inspire generations of young people in St. Pete and will complement the city buildings and other amenities that bear the name of local trailblazers," St. Petersburg Mayor Rick Kriseman said. "I am looking forward to unveiling the name change and cutting the ribbon on what will prove to be an exciting and innovative hub for learning in our city."

Structural upgrades will include:

St. Petersburg City Council is still planning to hold a public hearing about the future to the ‘President Barack Obama Main Community Library’ on April 19, before making changes to the library's name and structure.