City council could approve a $600,000 contract for the robots in August. 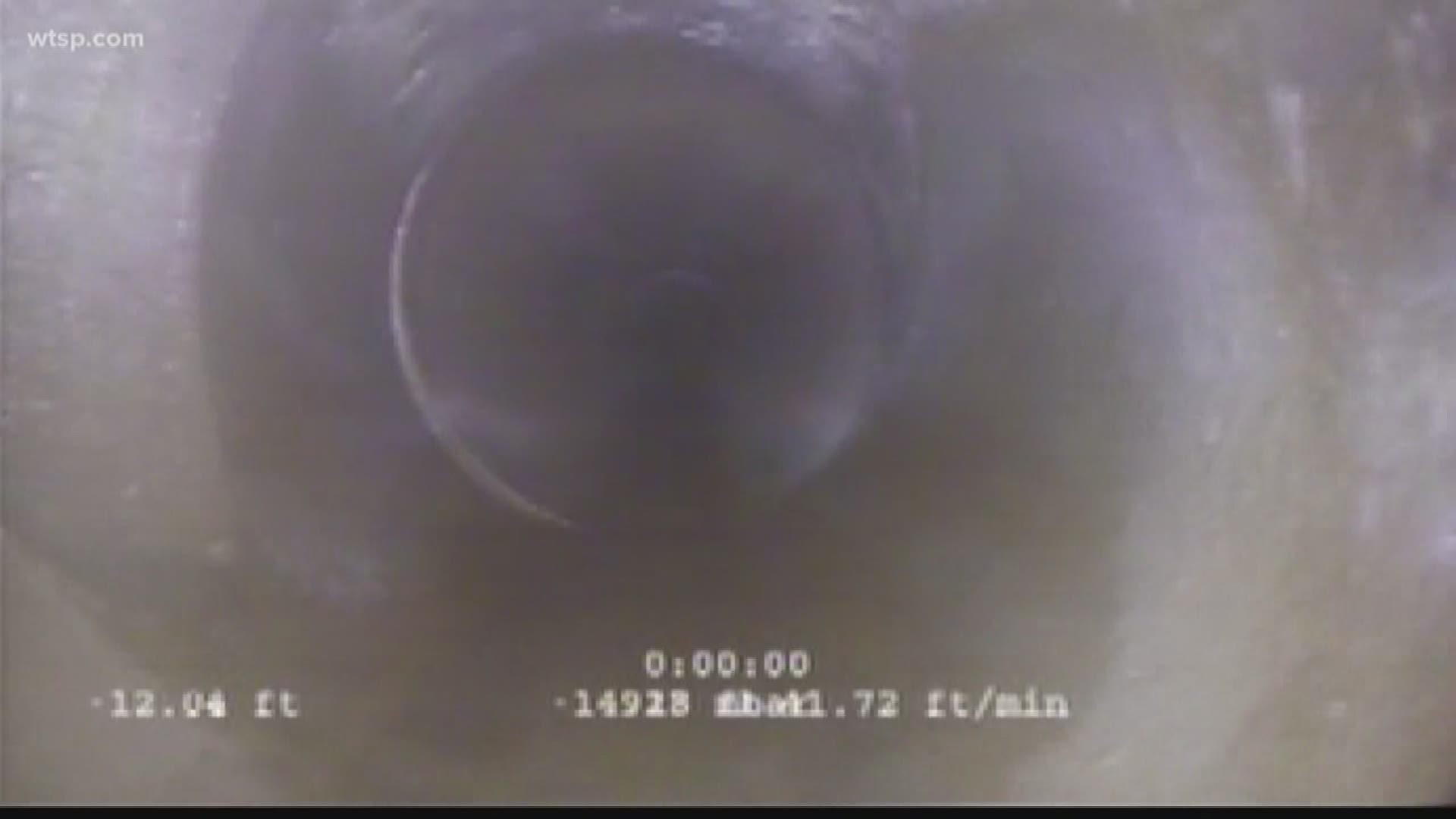 ST. PETERSBURG, Fla. — As we start to see all the heavy rains that storm season brings, the city of St. Petersburg is considering new robot technology to make sure sewage isn't spilling into our bays.

"We have a lot of pipe in the ground, and to put eyes on it and really see what is happening is crucial for us, to be able to maintain the system in the long run for our residents and to prevent the sanitary sewer overflows,” said Lisa Rhea of St. Pete Water Resources.

Right now, the city uses large trucks to transport equipment and drops a camera down into the sewer. Crews then watch the video and check for cracks and leaks in the pipes. However, with hundreds of miles of pipe to check and rainy season well underway, the city believes robots could be a better solution.

"They put a crossbar on the manhole, and they set it, and it goes from one manhole to another," said John Stanton of Water Resources. "It doesn't need an operator. They get roughly 7,500 to possibly 10,000 feet a day, if all goes well."

That's compared to 2-thousand feet a day with the trucks, and officials say efficiency is key in checking pipes that might need repairs. St. Pete also wants to prevent what happened in 2016—that’s when millions of gallons of sewage spewed into our local bays because the systems were overloaded---and under-resourced.

"If you don't know what's going on underground, you will the first of the rainy season,” said Stanton.

City council could approve a $600,000 contract for the robots in August. If the council approves that contract, those robots could be roving your sewers by October.