The church's reverend calls it was a victory for all Methodists who want full inclusion for LGBTQ people. 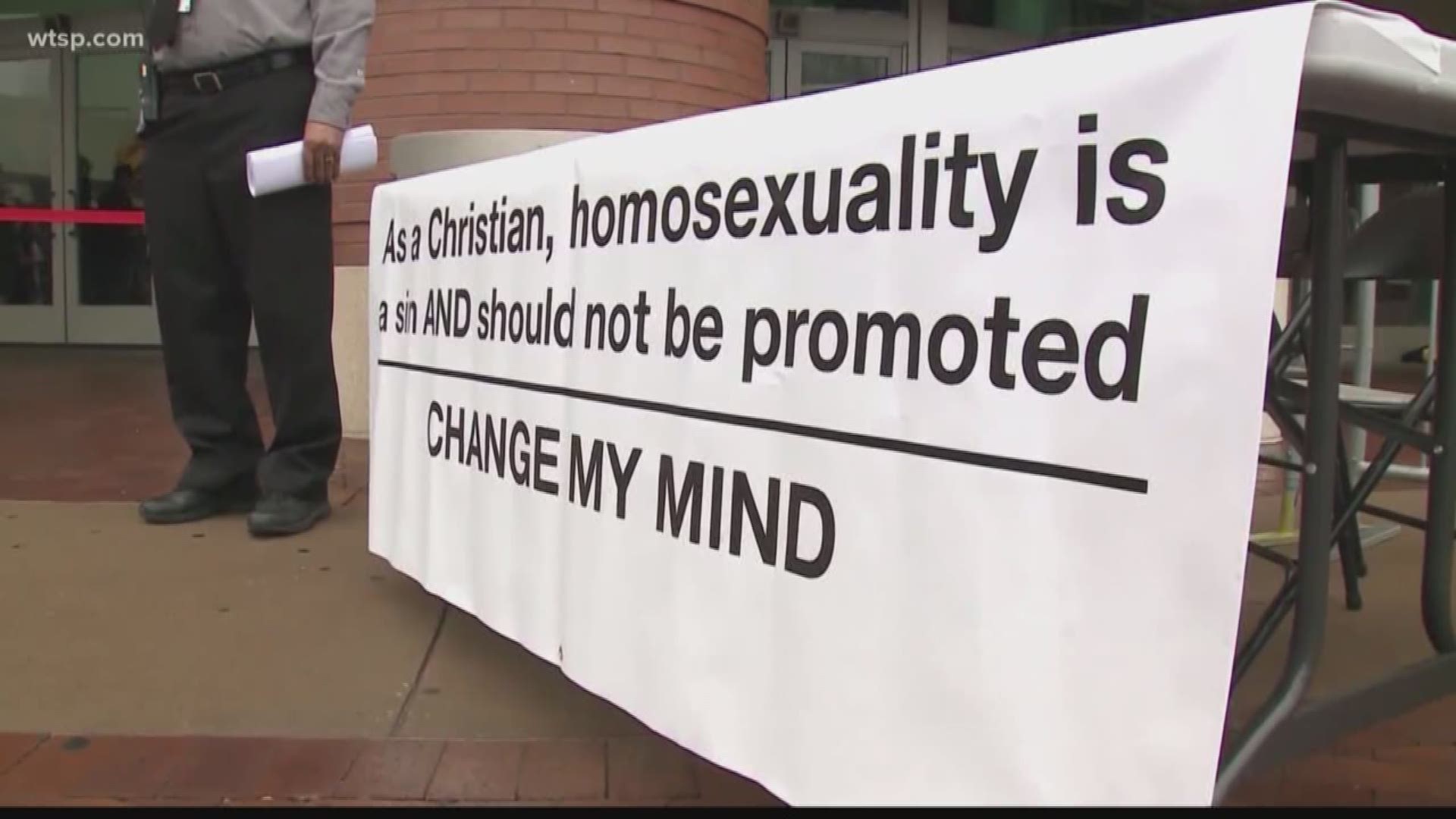 ST. PETERSBURG, Fla. — Allendale United Methodist Church in St. Petersburg has become a beacon for members of the LGBTQ community looking for acceptance within the faith. On Friday, the pastor at Allendale was hopeful after the announcement that an agreement to separate the church over the issue had been approved.

“This has been almost a 50-plus year struggle to end discriminatory practices against LGBTQ people in the United Methodist Church,” said Rev. Andy Oliver. “Things have gotten progressively more stringent, more discriminatory against LGBTQ people. But, a lot of churches like Allendale and regions like out west and in the northeast, have really said ‘no’ to these discriminatory practices and have been offering the ministry of the church to all people and have been ordaining gay and lesbian people. And that’s caused a divide in the Methodist church.”

“Today is a victory for all Methodists who want full inclusion for LGBTQ people and liberation for their lives,” added Oliver. “It’s a bittersweet victory in that the unity of the church has taken a hit, but the most important thing is that people who have been marginalized and oppressed and going to not just be invited but be at the center of who the Methodist church is.”

The agreement will need to be approved in a vote when factions of the church from all of the world convene in May in Minneapolis.

“I really hope that this agreement will go through. I think about twenty-five percent of the Methodist church will split off and form a new denomination, and it will leave the rest of us to really do the work of repairing and reconciling the harm that’s been done over all these years,” said Oliver.

And the agreement doesn’t just address LGBTQ issues, it also includes almost $40 million in reparations for the harm the church has caused to the African American community.

“One of the greatest things about this agreement is it sets aside $39 million for reparations for people of color who have been harmed since the very beginning of Methodism so, the healing might not just happen in the LGBTQ community, but among people of color as well,” Oliver said. “This is a really good thing for all those who care about inclusion and it shows other churches that there is a way forward, even if they are part of a denomination that doesn’t fully embrace LBGTQ people churches can act on their conscience and be the church that God wants them to be.”