The St. Petersburg Police Department said it will begin enforcing pedestrian laws amid ongoing protests in the city. 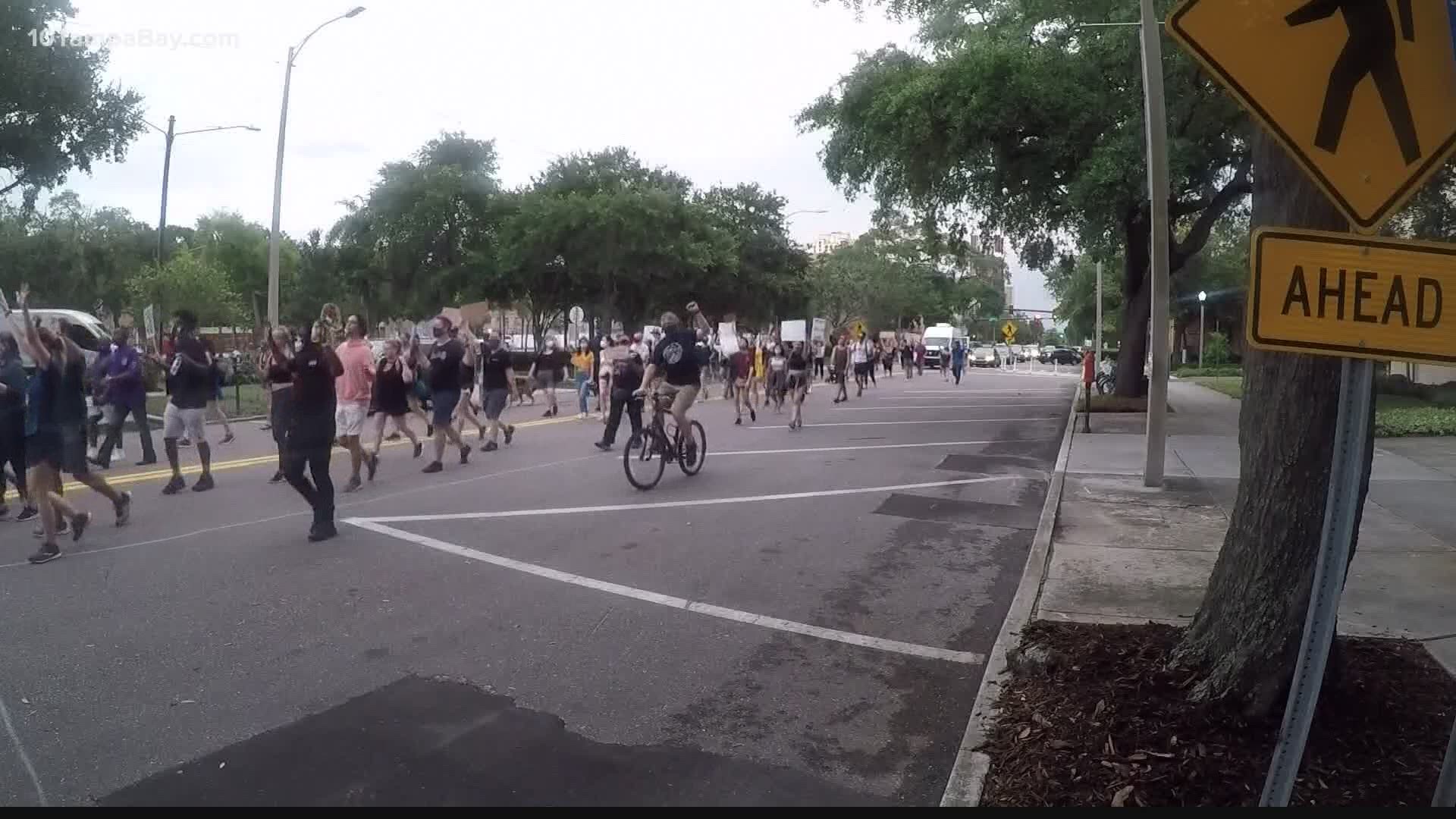 ST. PETERSBURG, Fla. — It could soon cost you more than $60 if you're caught breaking the pedestrian traffic laws in St. Petersburg.

The St. Petersburg Police Department said on Tuesday that it will begin enforcing the laws amid ongoing protests in the city.

The announcement comes after the department said it's received multiple complaints about protesters blocking traffic for emergency vehicles and people needing to get to work.

According to a press release, officers will be looking for people violating the following laws:

If you are caught breaking one of those rules, police said you'll at first be given a flyer. But, later this week, officers will hand out $62.50 citations.

The stepped-up enforcement comes as demonstrations are taking place around the nation against police brutality.

"Recent national incidents of vehicles striking protesters who were blocking roadways highlight the importance of following the law and staying clear of traffic," the department said.

In Indiana, police are investigating after a car sped through protesters on Monday night. The incident was caught on video. One person was taken to the hospital.

And on the Fourth of July, one person died and another is in serious condition at a hospital in Seattle after getting hit by a car while protesting.

"For the safety of all citizens including protesters and motorists, pedestrians walking not the freeway will be arrested," the tweet read.