June is LGBTQ Pride Month, and St. Petersburg celebrates with days of festivals and parades. 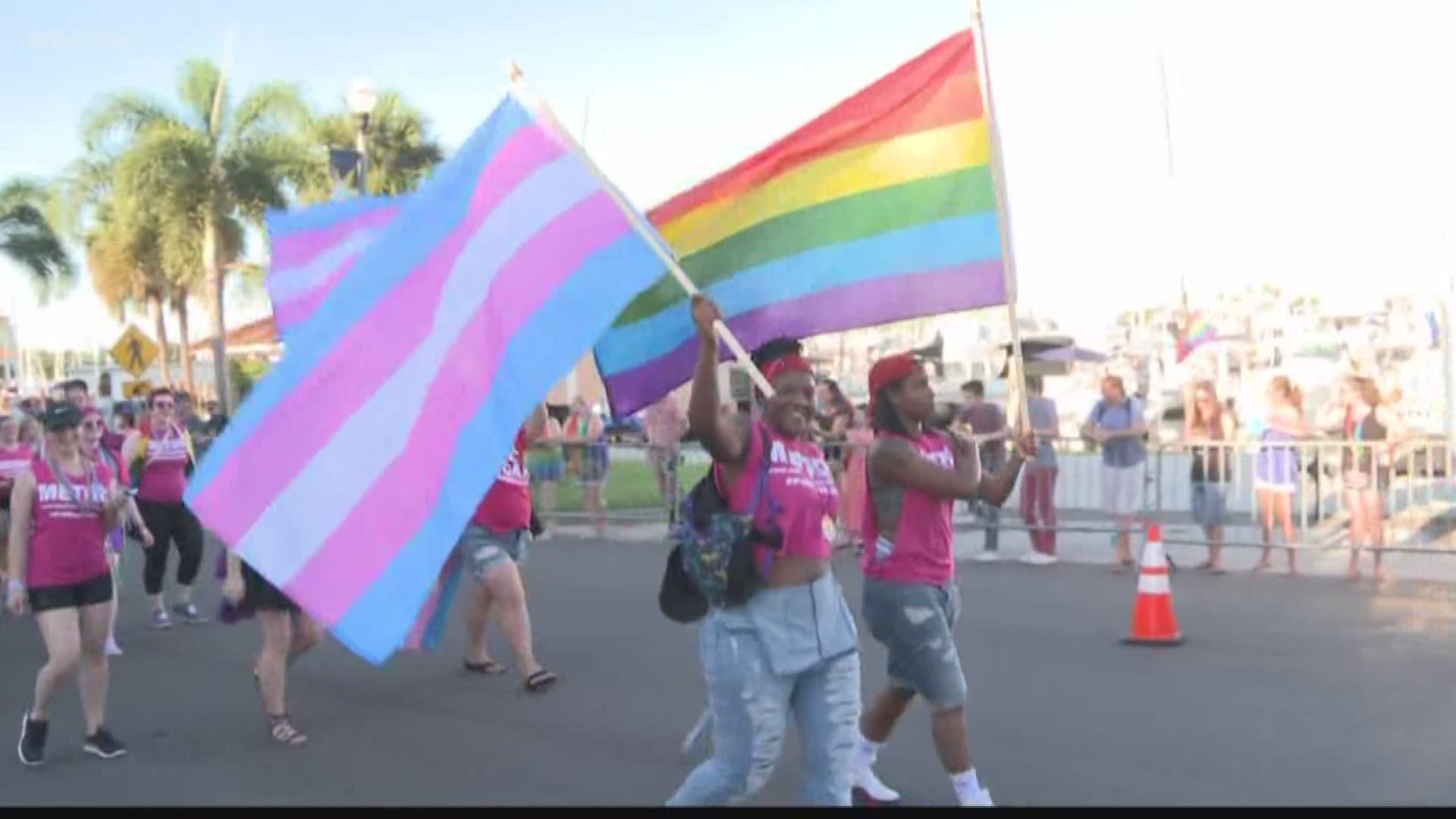 ST. PETERSBURG, Fla. — One of the largest Pride events in the country runs June 19-23 in St. Petersburg.

Last year, more than 200,000 people flocked to St. Petersburg for the annual St. Pete Pride festival and parade along downtown. Just as many people, if not more, are expected during this year's festivities beginning June 19.

From parties and parades to festivals, here are all the ways to celebrate Pride in St. Petersburg.

The free event ran from 7-10 p.m. on June 19 at the Sirata Beach Resort on St. Pete Beach. The Sirata just finished up a $15 million renovation around its 13 acres.

The party kicks off at 2 p.m. with the parade stepping off around 7:15 p.m. on June 22. Thousands of people will be dressed in rainbow colors, beads, glitter and costumes to celebrate LGBTQ Pride. The parade starts at North Straub Park and heads south almost to Albert Whitted Park.

What's not allowed at the parade:

Right before the Pride Parade, a TransPride March will head down the same route to celebrate all transgender and gender non-conforming people. Participation is free, and the first 1,000 registrants get a TransPride March t-shirt at check-in.

Tens of thousands will flock to St. Petersburg's Grand Central District for live entertainment, community booths, art and local food. Outside beverages and alcohol will not be allowed, but water and other drinks will be sold in the festival.