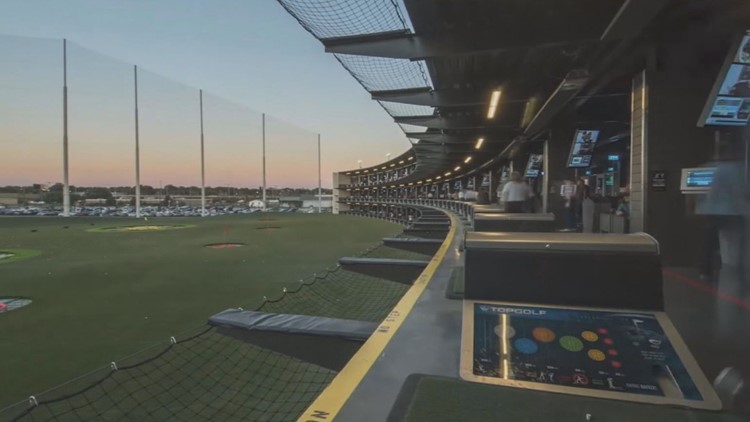 'Concerned Citizens of Carillon' sue St. Pete to keep Topgolf from coming to their community

ST. PETERSBURG, Fla. — A group that calls themselves the Concerned Citizens of Carillon filed a lawsuit against the City of St. Petersburg last week in an attempt to stop the planned use of a site near their community from becoming a Topgolf entertainment venue.

According to court records filed on Oct. 30 in Pinellas County, the 14 plaintiffs say the city deprived them of their right to a public hearing on the matter.

The city considers the decision to modify the site plan a "minor modification," which does not warrant input from the public.

In 2001, the location at 570 Carillon Parkway N. was designated to be a 250,000-foot office building for Aegon Insurance Company.

It would have been the second building of that size on the property where the TransAmerica building currently sits.

According to the lawsuit, 11 years later, construction still hadn't begun, so the city re-filed the site plans to keep them from expiring.

That's where Topgolf comes in.

In February 2019, the city applied to modify the plans to build a "67,521 square foot outdoor commercial recreation destination with an adjoining restaurant."

The Concerned Citizens of Carillon say they were deliberately left out of that discussion.

A site plan review shows that, in the list of things required to be submitted with the plan to build a Topgolf facility, a public participation report was one of the few boxes not checked off as a requirement.

The attorney for CCC, Robert Chapman, says that with 3,000 people living in the Carillon area, there are many reasons for their concerns.

They're worried about traffic, noise -- and golf balls hitting their windows.

Mostly, however, they say the lawsuit is about being heard.

"They just want an opportunity to make sure their concerns are addressed," Chapman said.

He says the city "entirely changed the intended use of the site" from an enclosed office building to an outdoor entertainment venue.

The lawsuit also alleges the city has withheld public records on the site plan application repeatedly requested by the plaintiffs.

The CCC is asking for an injunction against the site plan, claiming "the construction of a Topgolf facility will greatly impact the status quo of the residents located within the near vicinity of the development," and that those residents will be "irreparably harmed" if this goes forward as is.

In July 2019, Topgolf Chief Development Officer Chris Callaway said in a news release about two new locations coming to the state, "Florida has always been important to Topgolf, as we have been connecting communities and creating moments that matter at five venues throughout the state for a number of years. As we continue our bold and purposeful approach to growth, we are thrilled to extend our special blend of technology and entertainment to Lake Mary and St. Petersburg."

10News requested comments from Topgolf Entertainment and the city of St. Petersburg regarding the lawsuit and will update this story with those replies when they respond.