It's one of 25 cities to get one of the Bloomberg American Cities Climate Change Challenge awards. 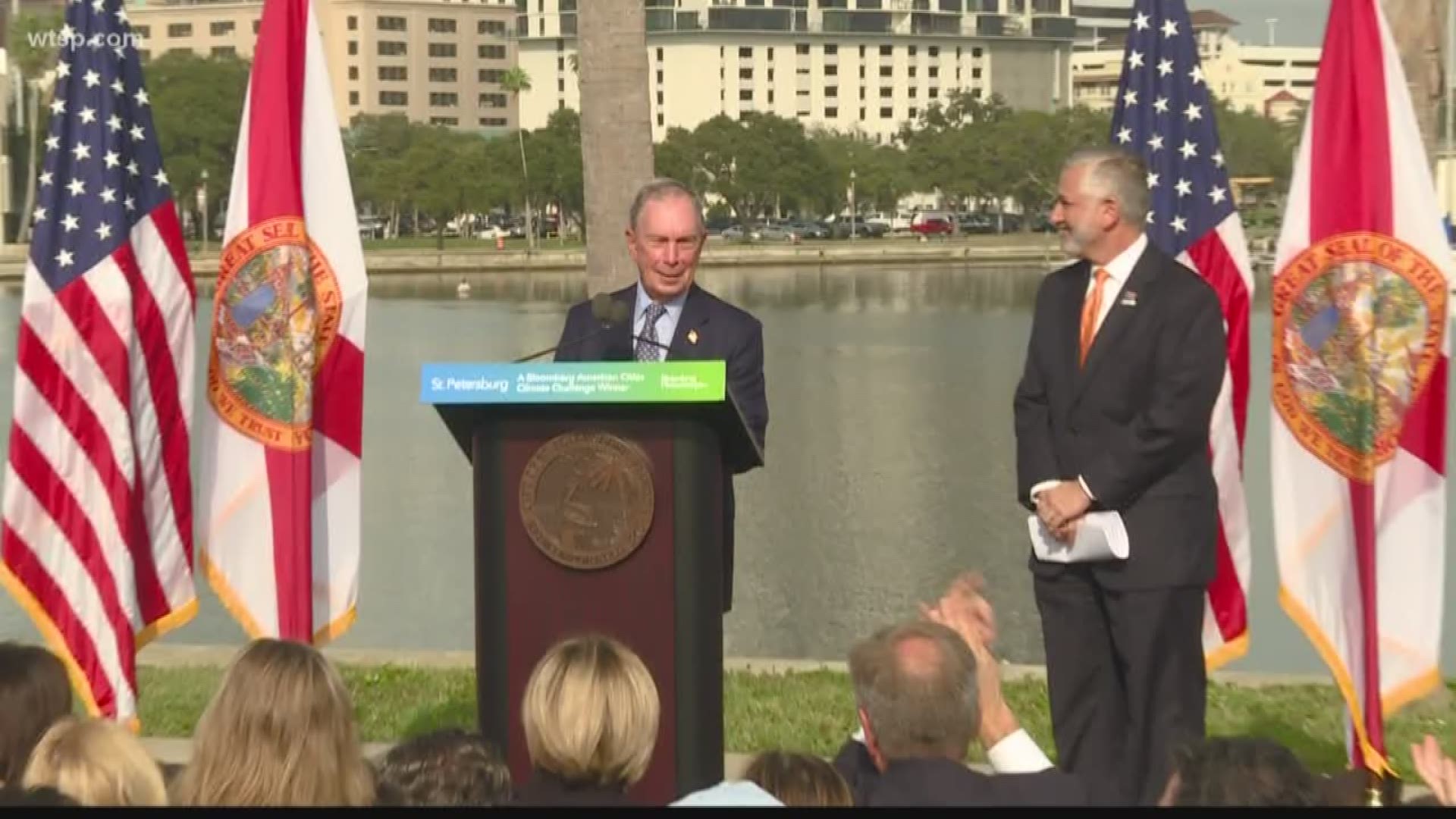 ST. PETERSBURG, Fla. -- On Thursday, St. Petersburg became one of 25 cities in the nation to win a $2.5 million award aimed at battling climate change.

Bloomberg said St. Pete was recognized for its progressiveness “and confidence that there’s leadership here. You don’t want to give your money to a city where they’re not gonna follow through.”

“We have limited resources,” said Kriseman, “And having resources from the outside to help us is really going to make a big difference.”

“Mayors can’t really afford to ignore the risk of climate change, because their constituents are already feeling the effects,” said Bloomberg.

The $2.5 million dollars is not a cash prize. It includes a full-time employee dedicated to St. Petersburg for two years and access to the Bloomberg organization’s worldwide expertise and resources.

So how will that impact us? Here’s some of that you can expect to see.

The city wants to encourage more electric vehicle use, so look for more charging stations and increased accessibility.

That would be just fine for drivers like Diana Vitrano, who was charging her Toyota Prius along Beach Drive. The more convenient it becomes, she says, the more drivers will adopt the more fuel-efficient options.

“It will make it easier for all of us to travel using less gas and helping with the environment,” said Vitrano.

You can also expect to see more energy-efficient buses running between downtown and the beaches. That way, residents and tourists like Carla and Brian Cichon, visiting from Michigan, can leave their own vehicle behind.

“We parked our car, that’s it,” said Brian. “We don’t use it again until we check out. And that’s the way we usually do things.”

The city is also putting its own money where its mouth is.

St. Petersburg has been working to place energy-efficient lightbulbs in its offices and street lamps.

The city is also adding solar panels to municipal buildings like the new Police Headquarters.

Expect to see, with help from Bloomberg’s organization, an educational campaign encouraging homeowners to take advantage of affordable financing for solar panels and energy-efficient AC units.

“I’m very interested. I would certainly like to hear and talk with people to see what the numbers come out to be,” said St. Petersburg resident Karen Frusher. “Because, I’m certainly philosophically committed to the idea of renewable energy.”

The city hopes the climate challenge award is a gift that keeps on giving by placing savings from energy efficiencies back into a budget to fund even more programs, and in doing so, keep the city on a path to a sustainable future.

Originally the Bloomberg American Cities Climate challenge had planned to award 20 cities, but with so many - including St. Petersburg - showing a real commitment, they expanded the number to 25.