Police say Joana Peca's older child was sitting in the backseat at the time of the shooting. 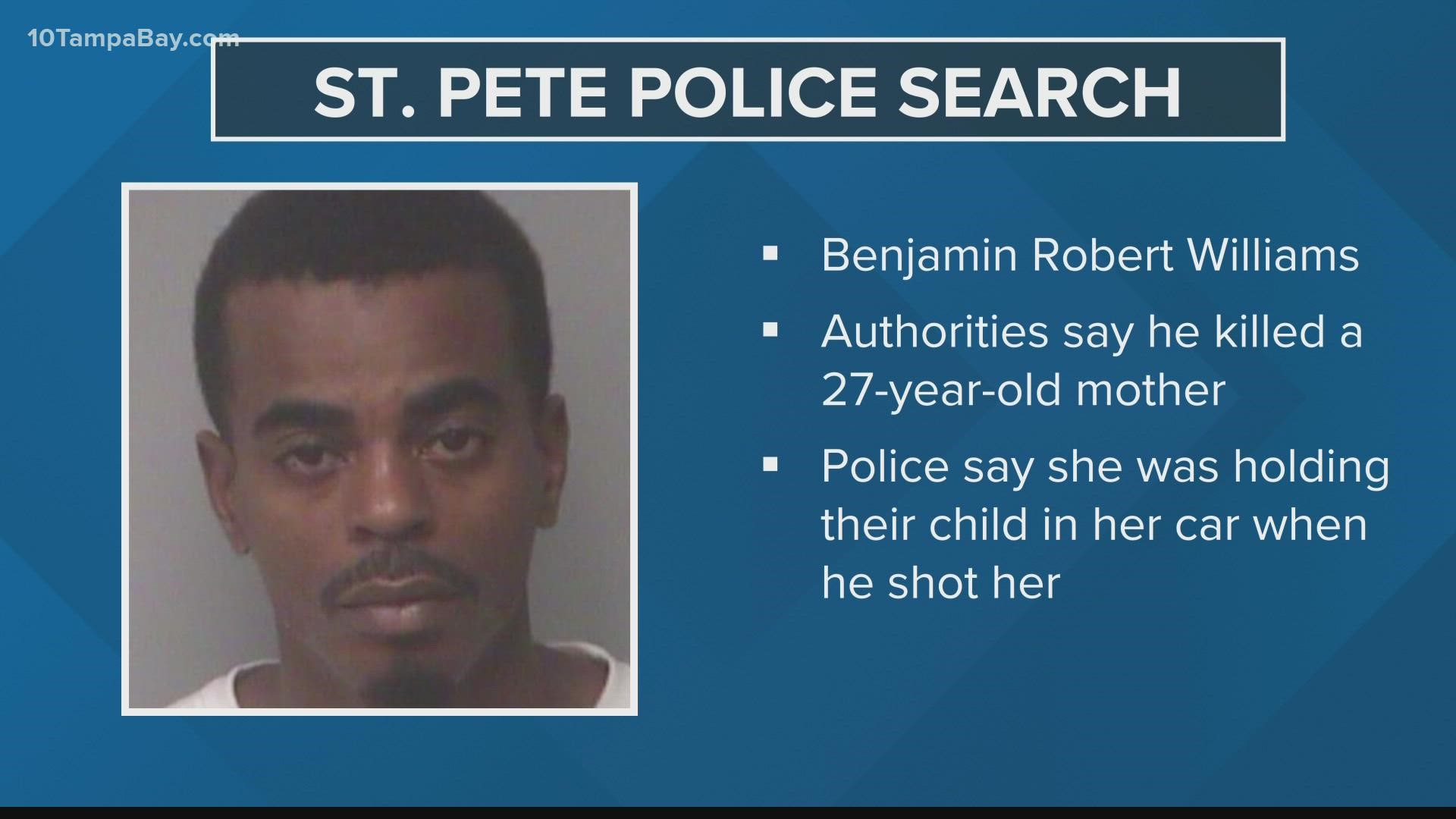 ST. PETERSBURG, Fla. — St. Pete police are searching for a man they say shot and killed his girlfriend while she held their baby in her arms.

Police say officers got the call around 5:30 p.m. Saturday in the area of 1st Avenue S. and 60th Street S., near Woodlawn Memory Gardens. When they arrived, officers say they found 27-year-old Joana Peca dead from a gunshot wound inside a car.

Her two young children were inside the car with her. They weren't hurt but were "terrified," according to police.

On Monday, police issued an arrest warrant for 38-year-old Benjamin Robert Williams aka "Bambi," who they say was in a relationship with Peca and the father of her infant child.

Police say Williams shot Peca in the face multiple times while she was holding their child. Her older child was in the backseat during the shooting, according to police.

Williams is believed to be armed and dangerous, according to law enforcement.

Anyone with information on William's whereabouts is asked to call the department's non-emergency line at 727-893-7780 or Crime Stoppers at 1-800-873-TIPS . Crime Stoppers is offering up to $5000 for information that leads to an arrest.