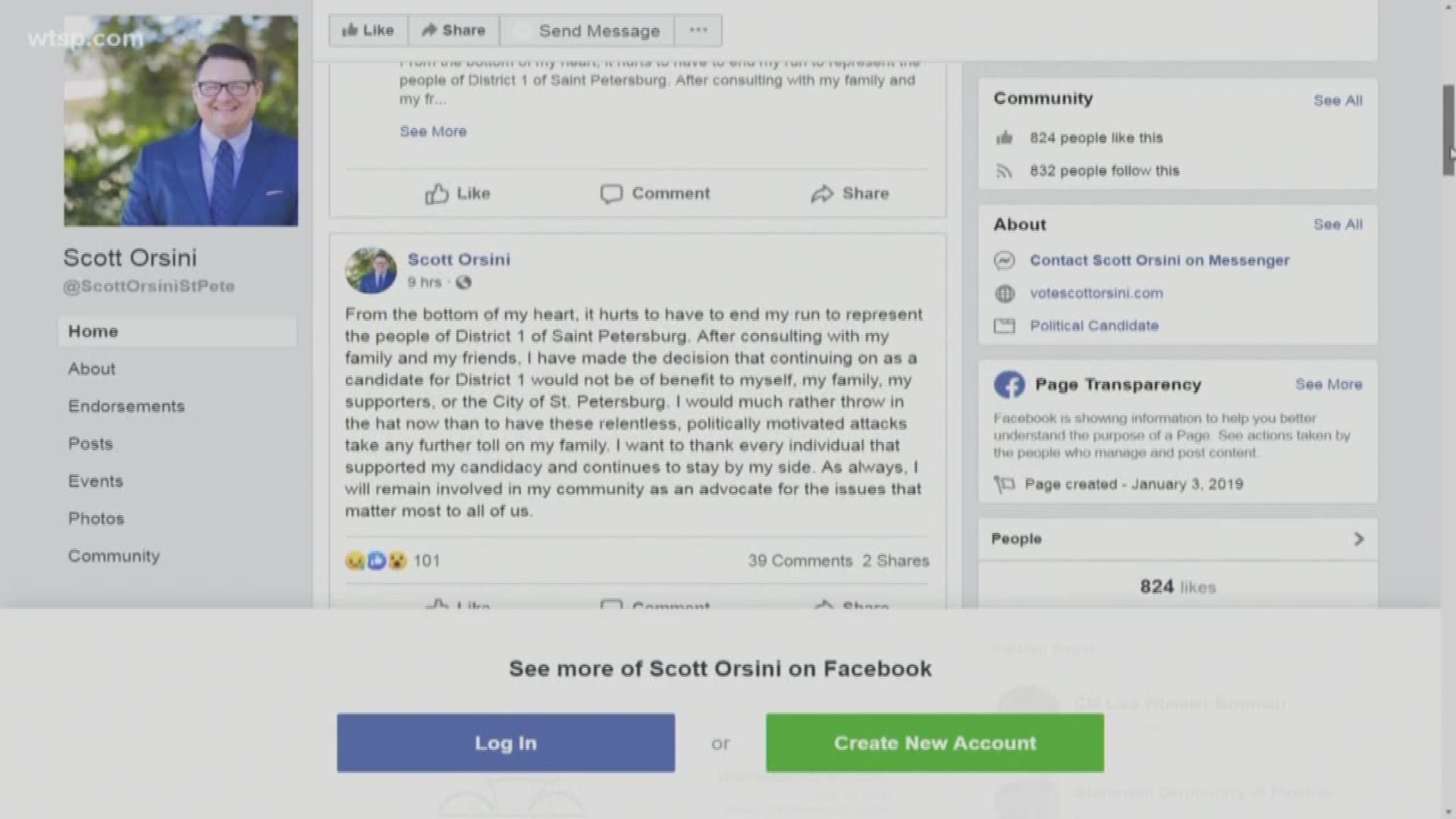 Orsini made the announcement on Facebook, saying "it hurts to have to end my run."

"After consulting with my family and my friends, I have made the decision that continuing on as a candidate for District 1 would not be of benefit to myself, my family, my supporters, or the City of St. Petersburg," he wrote.

"I sincerely apologize," he said.

In the statement, he gave no indication he would withdraw from the race.