The program is designed to bring more social and mental health workers into the equation and let law enforcement concentrate its resources on policing. 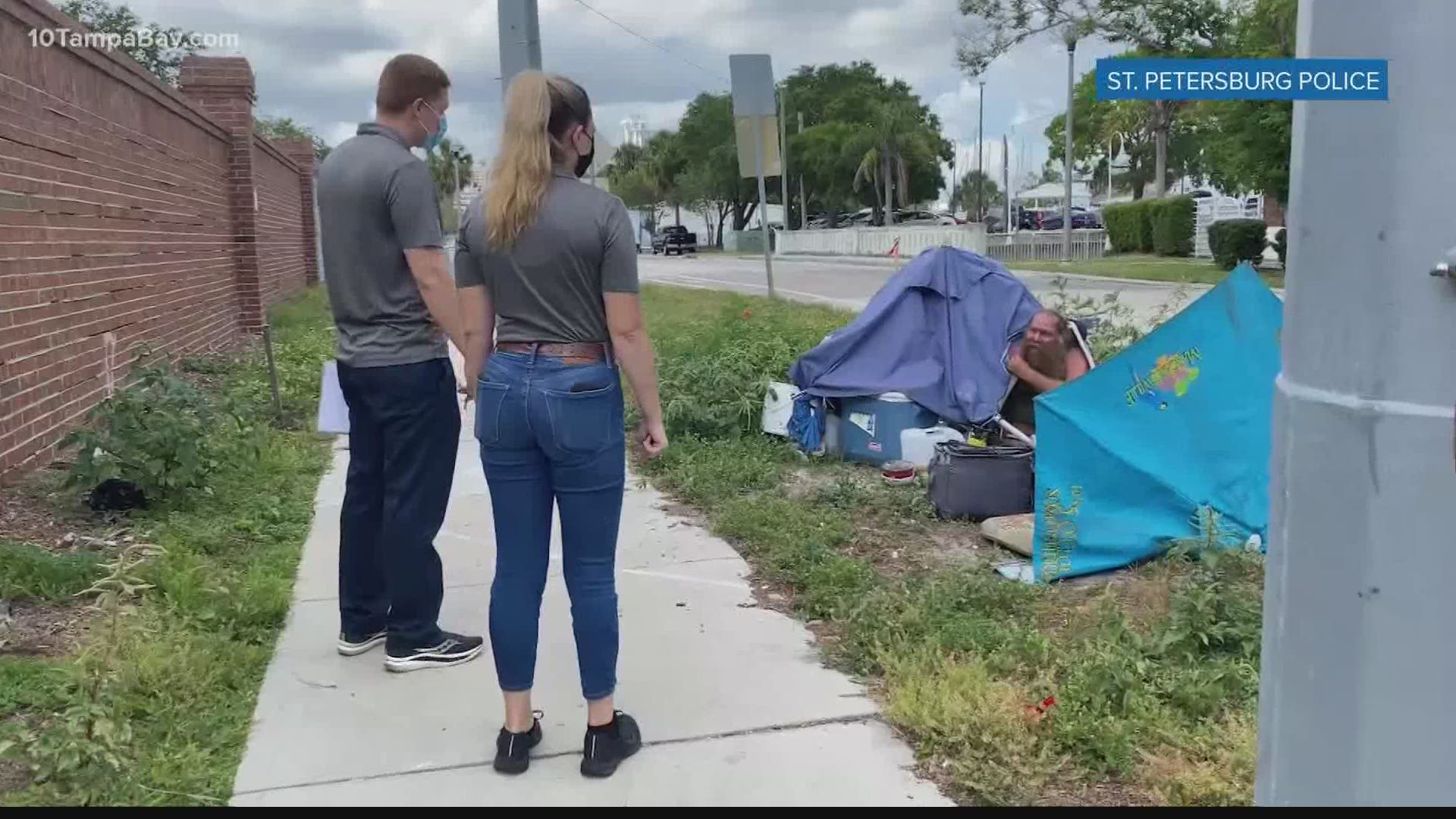 The program is designed to bring more social and mental health workers into the equation and let law enforcement concentrate its resources on policing.

"It gives us a tool we’ve been missing. I’m hoping this program expands more, hoping the officers see this as another tool they can use on every call they go to," said Holloway.

Mental health and social workers are handling cases that used to be answered by police officers, and in doing so, building trust, relationships and providing services that look to break the cycle of homelessness, addiction and mental health crises.

Travis Atchison is one of those counselors on staff. He shared a recent example of showing up to a call at a St. Petersburg gas station with nine first responders, a mix of EMS and police officers responding to one aggressive man who appeared to be in mental distress.

Atchison said he started by taking some deep breaths with the man adding, "He was able to calm down, tell me what’s going on. I was able to lead him to my own personal vehicle and transport him to the hospital and he was very calm and relaxed. We had a good conversation on the way to the hospital."

The overarching goal is to respond to what they see as five key categories including mental health, substance abuse, neighborhood crimes and disputes, youth issues like truancy and poverty issues including homelessness.

As part of the effort to reduce repeat calls to the police department, the CALL program will also operate a 24/7 phone number provided to individuals they come in contact with, instead of relying on 911 for non-emergency needs.

Sgt. Ryan Hilsdon with St. Pete Police said it's been an adjustment for some of the officers learning to take a step back but adds it's making a positive impact especially because the counselors will follow up with people again to help get to the root of some of the challenges they're facing.

Chief Anthony Holloway also presented the update to the St. Petersburg City Council. He's hoping to expand the program in the upcoming years.

Right now the CALL program cost about $1 million per year. The city accounted for it in its 2021 budget.

So far, it’s just a pilot program budgeted through the end of September. Chief Holloway said he will be offering feedback to other law enforcement agencies in Tampa Bay.