Another police officer was also injured but not shot. 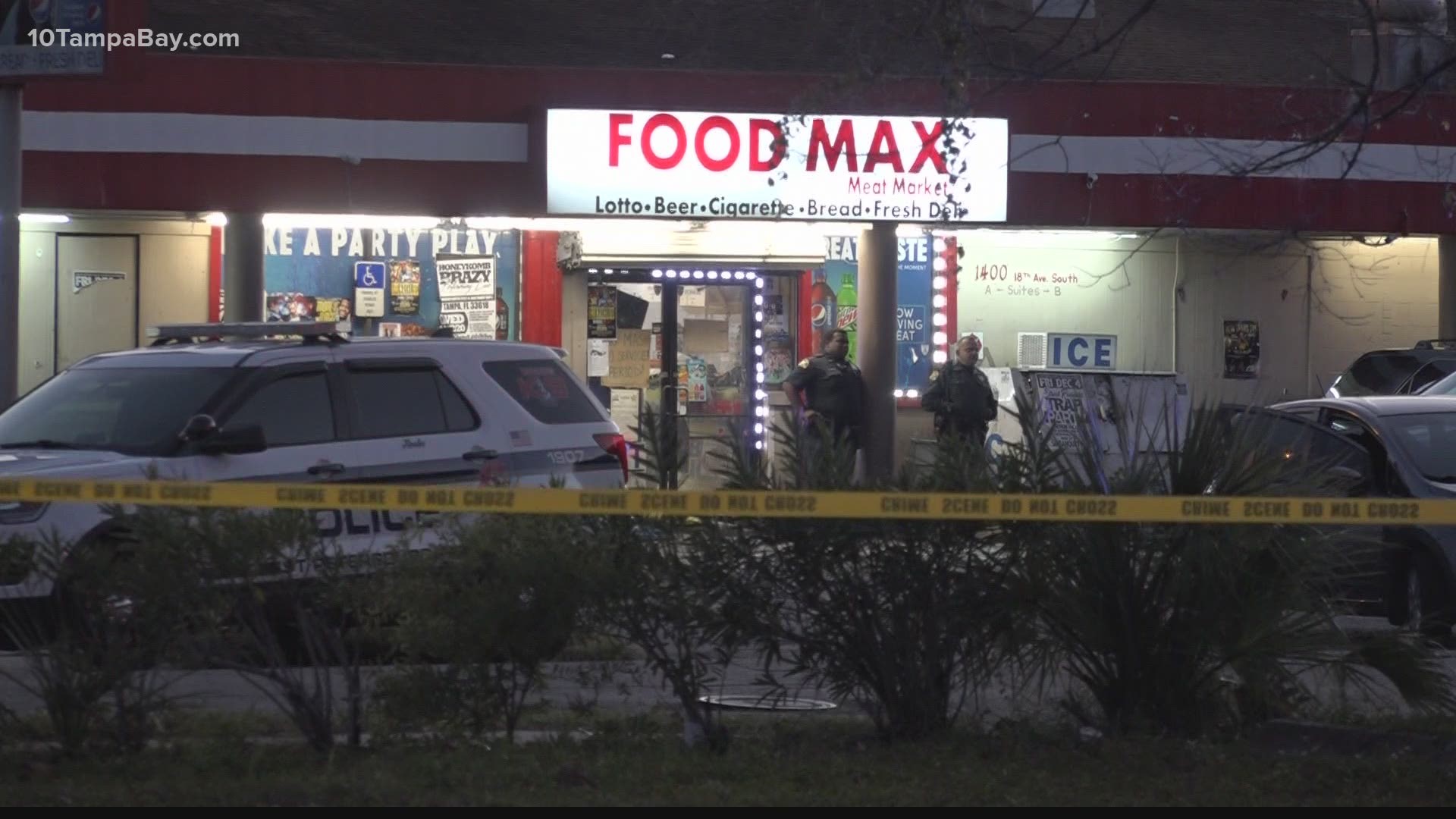 ST. PETERSBURG, Fla. — A police officer needed surgery after being hit by a bullet during a shootout Wednesday just south of downtown St. Pete. Another officer was injured in the chaos. And, the person they were trying to arrest is dead.

It all began with an investigation around 4:15 p.m. outside the Food Max on 18th Avenue South near 14th Street.

The St. Petersburg Police Department's Special Investigation Unit had been trying to locate 20-year-old Dominique Harris, who was wanted on felony child abuse charges. Detectives say they found him in a car there and called for uniformed officers to help them approach Harris to ask for identification, which he provided.

That's when Pinellas County Sheriff Bob Gualtieri, whose agency is leading the investigation of the police-involved shooting, said everything changed.

Harris began refusing to comply with police and rolled up his car window, Gualtieri said.

Trying to arrest Harris, officers broke the car window. In response, Gualtieri said Harris began ramming a police cruiser, a concrete pole and another car in an effort to get away.

More police units showed up and tried to block Harris in the parking lot, investigators said. At that point, Gualtieri said Harris pulled out a handgun, reached out his car window and began firing at officers, striking one at nearly "point-blank range."

That officer was shot in the mid-to-lower body and underwent surgery. Gualtieri said the injury is not life-threatening, and the officer is stable. The other officer's injuries were the result of a twisted knee or leg and a possible concussion. The second officer has since been released from the hospital.

According to the sheriff, Harris was shot and treated by paramedics. But, he was later pronounced dead at the hospital.

Officers said Harris fired "several" rounds during the shootout. While the information was fluid Wednesday night, the initial investigation suggested at least five or six officers fired their weapons during the shootout -- striking Harris multiple times, according to Gualtieri.

The Pinellas County Use of Deadly Force Investigative Task Force was dispatched to work the investigation, as is protocol. It will work to determine if the officers' actions were lawful. The state attorney's office is conducting an independent investigation.

St. Pete Mayor Rick Kriseman tweeted about the incident, sharing he spent time in the hospital with the officer who was shot.

"One of our @StPeteFL officers was shot late this afternoon. I spent a moment with the officer at the hospital and will continue to pray for his full recovery. The County's Use of Deadly Force Investigative Task Force is conducting the investigation," he wrote.

One of our @StPeteFL officers was shot late this afternoon. I spent a moment with the officer at the hospital and will continue to pray for his full recovery. The County's Use of Deadly Force Investigative Task Force is conducting the investigation.

So, why was Harris wanted in the first place? Authorities say Harris' felony child abuse charge stemmed from an incident in October where he was accused of slamming a 15-year-old on the ground during a fight at an area basketball court.

The officers involved in the shooting will be placed on paid administrative leave, which is standard policy in situations like this one.