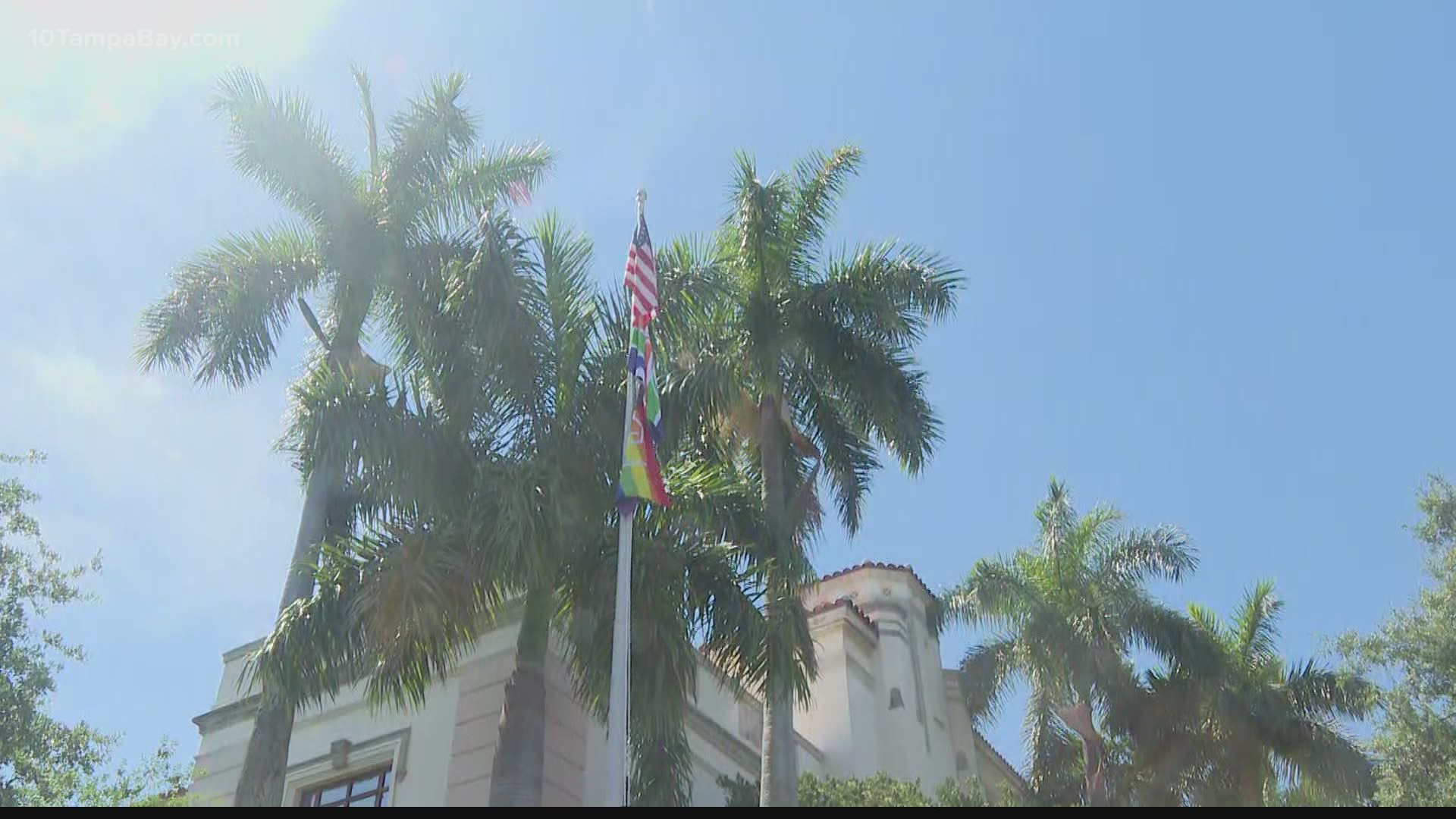 Kriseman expressed "disgust" at what he called the governor's intentional choice to sign the bill on the first day of Pride month.

“I say this directly to you Mr. Governor: We expect more from you than what we got today," the St.Pete mayor said.

Nathan Bruemmer, President of St. Pete Pride, spoke about how Pride is about the protest, history, and celebration of the LGBTQIA+ community.

"As an out and proud transgender man— one of the few in a position to lead an LGBTQ organization— I want to say first and foremost to our kiddos: We love you and we see you and we fight for you," Bruemmer said.

According to the city, each weekend, thousands will gather for signature Pride events with a twist. Due to COVID-19, safety protocols will be in place and many activities will be held outdoors.

The city says the goal of this year's Pride month is to give the area's LGBTQIA+ community the chance to socialize, educate and celebrate with one another while ensuring the wellness of everyone during the pandemic.

Most events this year will be ticketed in order to regulate capacity.

You can watch the flag-raising below.