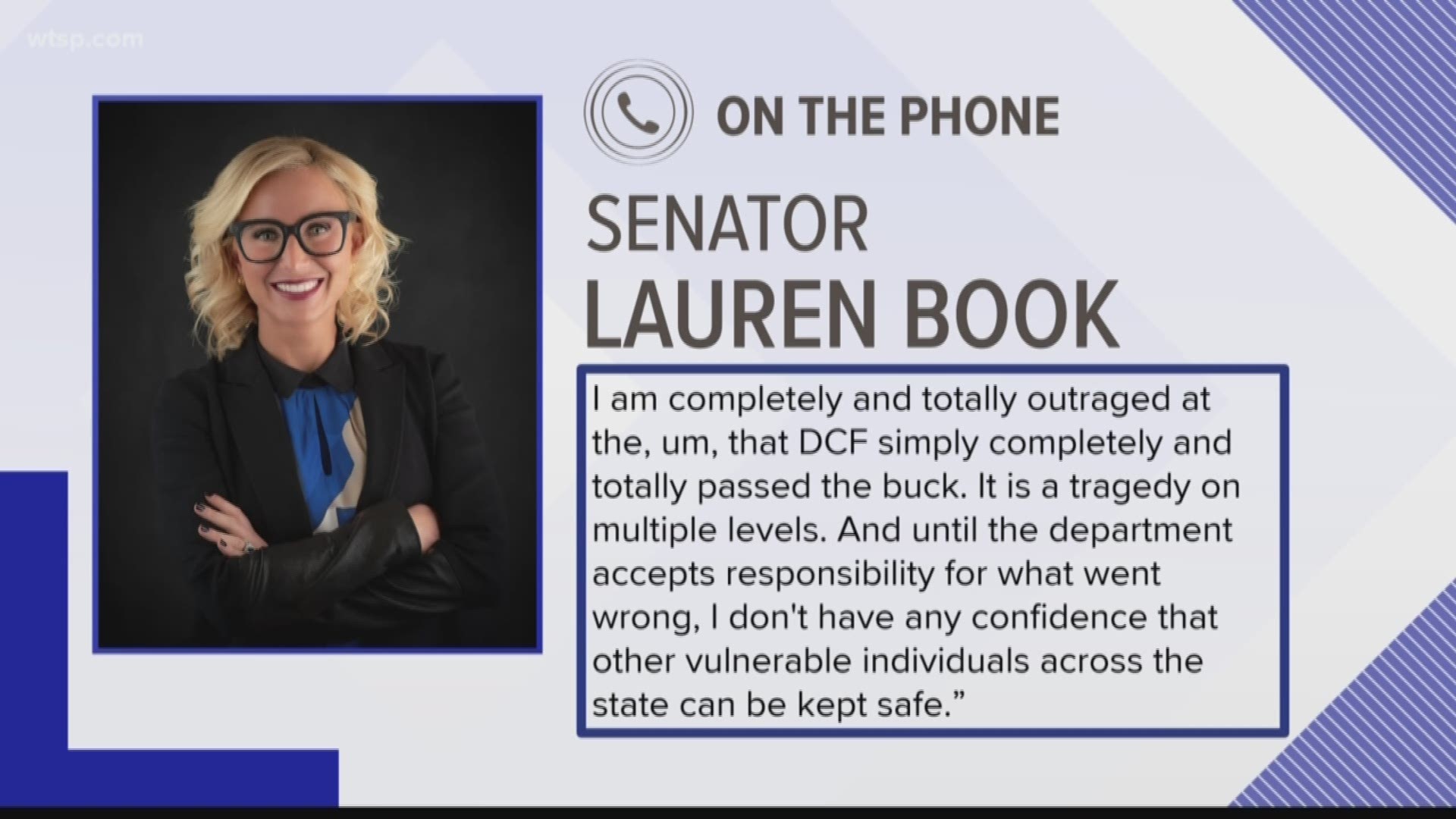 State Sen. Lauren Book said she was outraged by the special review from the Department of Children and Families on 2-year-old Jordan Belliveau, who was found dead in a wooded area in September 2018.

Book, who chairs the Senate Committee on Children, Families and Elder Affairs, said she does "not have any confidence that other vulnerable individuals across the state can be kept safe by DCF."

Newly-released documents from DCF say warning signs were missed and agency policies weren't followed in the case of Belliveau. The toddler was found dead in Largo last year. His mother has since been charged with first-degree murder and giving a false statement to a law enforcement officer.

"The death of two-year-old Jordan Belliveau is a tragedy on multiple levels, and until the department accepts responsibility for what went wrong, I do not have any confidence that other vulnerable individuals across the state can be kept safe by DCF. I was outraged by the last line of the department’s report, which oversimply places blame primarily on the local agencies of Circuit 6 in Pinellas. To be clear: a child died, and everyone involved in this colossal and preventable failure should be held accountable. However, when I read the DCF report, I see a passing of blame. That stops with me. These issues may have occurred locally, but they are absolutely NOT localized to Pinellas County. The blatant and unacceptable failures of communication, threat identification, and case management are occurring in child welfare systems in every single county in our state. It is a systemic problem, and until DCF changes its philosophy of case management, we will continue to see preventable child deaths occur in communities across Florida.

In my current position as Chair of the Senate Committee on Children, Families and Elder Affairs, I am continuing to study what went wrong and will be working with staff and my colleagues in the House and the Senate to address and correct these issues as is possible legislatively. As was revealed through the massacre at Marjory Stoneman Douglas and in the report on Jordan’s death, the issue of siloed communication is one of the greatest dangers facing the citizens and the state of Florida – and it’s something I will lead our Committee to examine and address. I know Governor DeSantis and Secretary Poppell share my commitment to ensuring the safety and wellbeing of each and every one of Florida’s children, families, and vulnerable adults, and I look forward to working together to create the change so badly needed in our welfare system.”

The documents have since garnered statements from DCF, Gov. Ron DeSantis, Eckerd Connects and Directions for Life.