Straw bans: Good for environmentalists. Bad for people with disabilities?

Could banning plastic straws to help the environment wind up hurting some of the people in our communities who are most in need? 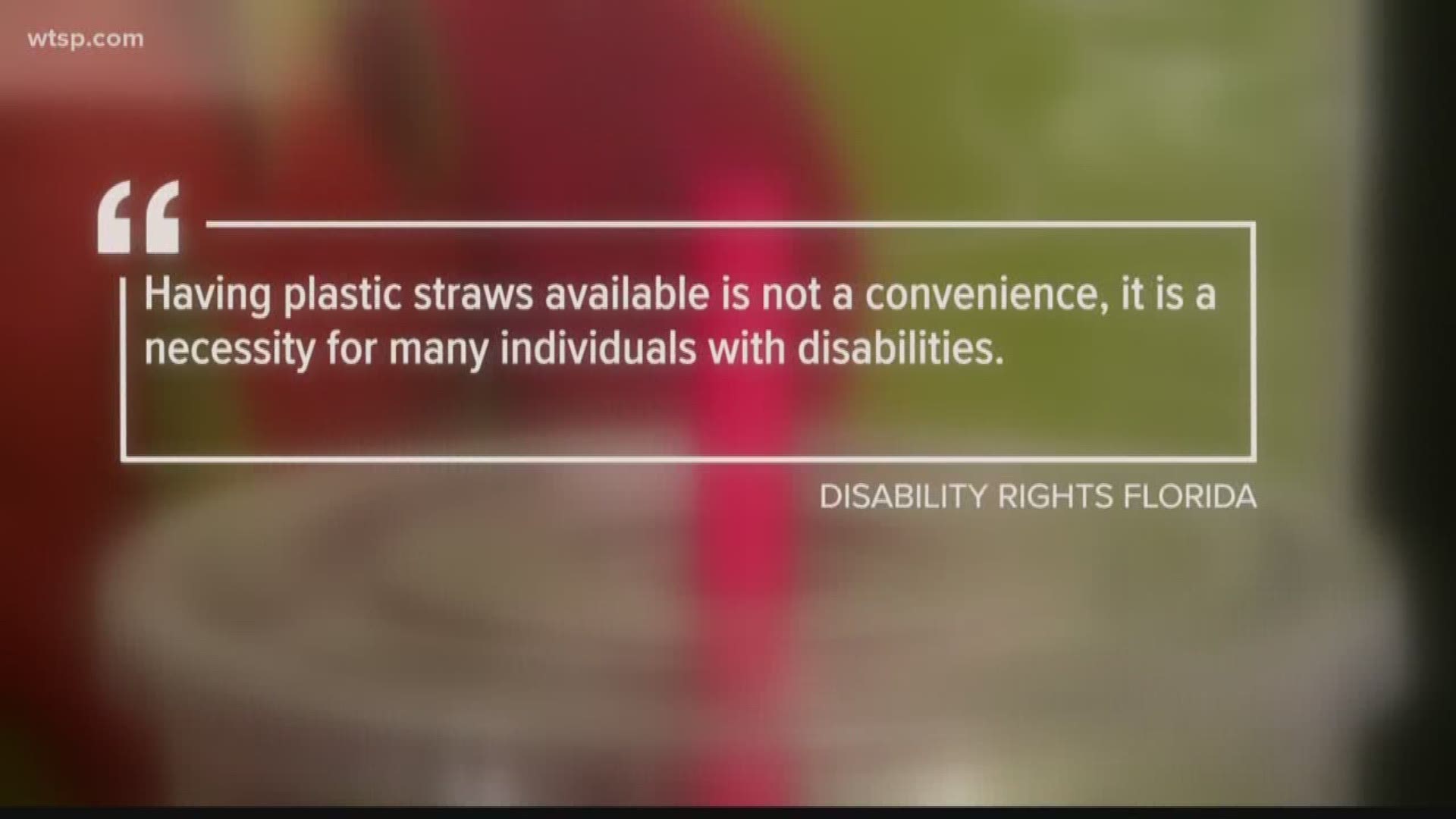 But could banning plastic straws wind up hurting some of the people in our communities who are most in need?

Efforts underway right here in the Bay area to get rid of those straws could have unintended consequences, disability advocates warn.

“A straw makes it possible for me to drink independently," said Richard Chapman, who has cerebral palsy.

Chapman says in a world already filled with hurdles for a person with disabilities, this simply creates another, unnecessarily.

“If you look at it, [the straw] is really the most basic form of assistive technology out there," he said.

It's a concern echoed by Disability Rights Florida. The advocacy group issued the following statement:

Blanket campaigns and laws can have unintended negative effects on individuals with disabilities. Having plastic straws available is not a convenience, it is a necessity for many individuals with disabilities. Alternatives such as paper straws do not offer the structural integrity provided by plastic straws and are thus not a feasible alternative. Disability Rights Florida would be in support of ecofriendly alternatives but until this is feasible we would encourage businesses to make plastic straws available upon request, no questions asked.

“I’m all for protecting the environment, but not at the expense of a person with disabilities," Chapman said.

Social media is filled with support for cities and business, like Starbucks, pledging to ban plastic straws once and for all using hashtags like #StopSucking.

Starbucks is really making a great transition into using less plastic with their elimination of plastic straws. Everybody should follow in suit by attempting to reduce plastic use in their daily lives. #stopsucking

Several local spots in the Bay area have already made the leap with St. Petersburg City Councilwoman Gina Driscoll leading the charge.

Driscoll said the concerns expressed by Chapman and Disability Rights Florida are part of the ongoing discussions on a citywide ban.

“We want to make sure we’re thinking of everything and we don’t have unintended consequences," she said, adding that any final ordinance language would include exemptions for medical facilities and people with disabilities.

Similar bans in other cities include waivers for restaurants to keep plastic straws on hand specifically for customers with medical or other special needs.

That could be an option for St. Pete, Driscoll said.

Chapman says he's hopeful any straw ban will bend for people who rely on them.