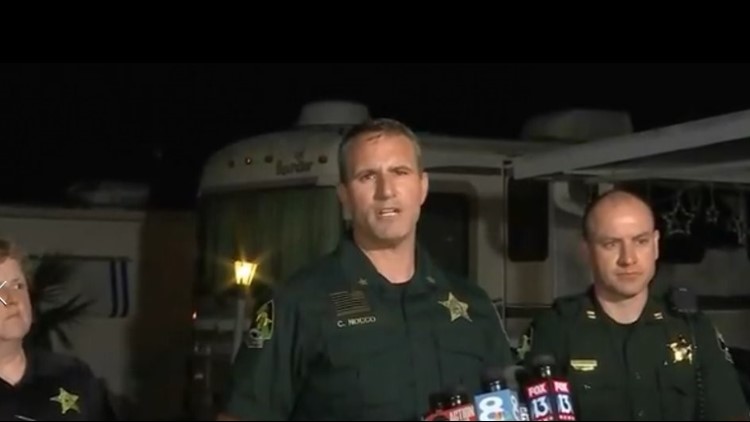 The man Pasco County deputies fatally shot on June 28 at the Many Mansion RV Park in Lumberton never actually fired a shotgun at law enforcement, despite what authorities previously claimed.

James Palmquist, 54, pointed a loaded shotgun at deputies but didn't shoot, according to the Pasco County Sheriff's Office's initial review. The review differed from what officials previously said.

"Initial witness statements claimed that Palmquist fired his weapon at that time, but the physical evidence on scene determined that although the shotgun was loaded and the gun's safety was off, the shotgun was never fired," the sheriff's office wrote in an updated press release Monday.

But, deputies still say Palmquist pointed his weapon at them, so they shot him.

He died at the hospital.

Deputies were first dispatched after receiving a 911 call from Palmquist's roommate, who said Palmquist had taken 100 pills in an attempt to commit suicide. Palmquist also made a social media post that appeared to corroborate that 911 call.

Per standard protocol, the two deputies involved were placed on paid administrative leave until the State Attorney's Office completes its investigation.