Community members shared a post looking for a woman named "Mina," whose Christmas package from Egypt ended up in a puddle at the Fort Steilacoom Dog Park. 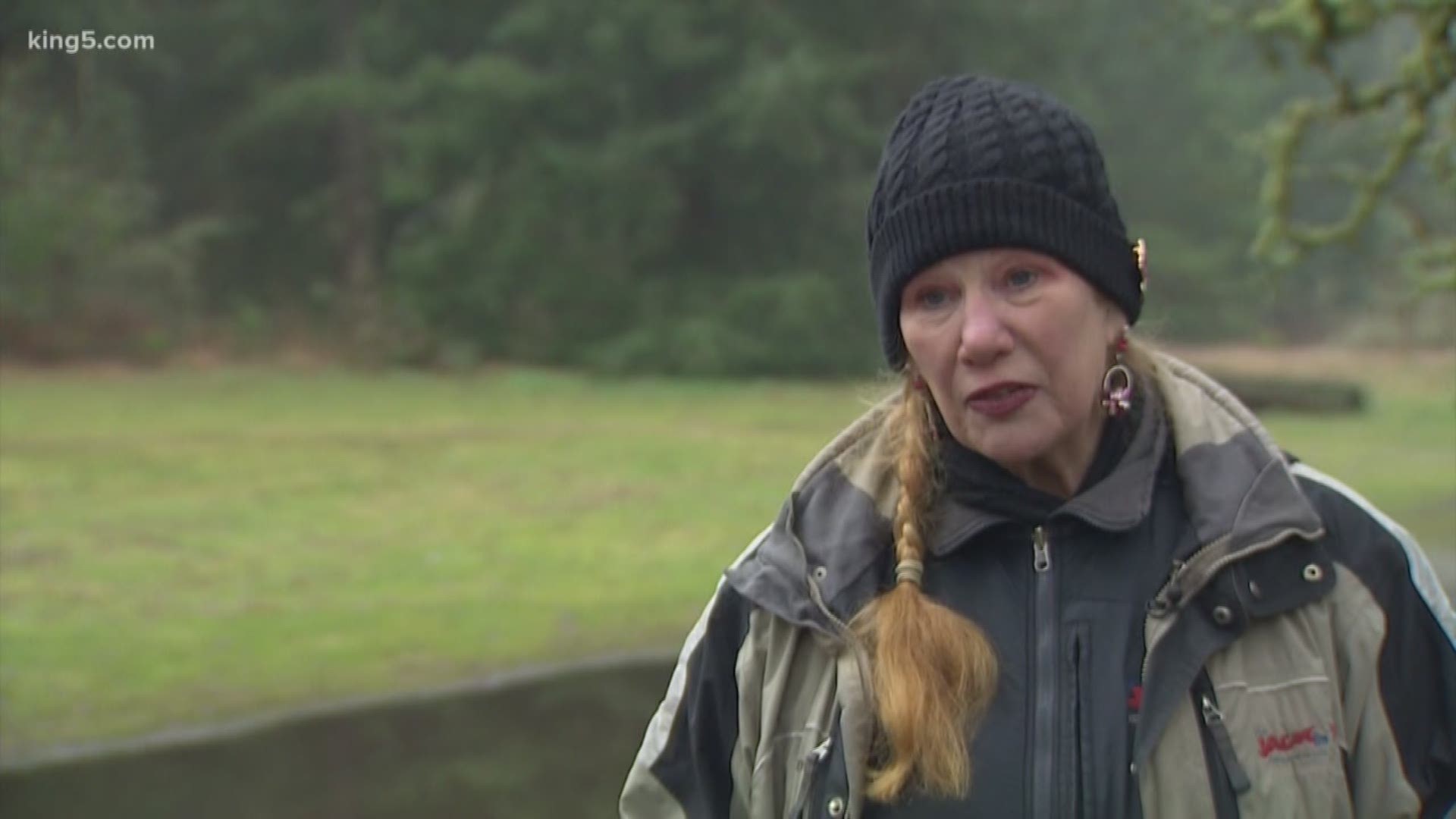 Editor's note: The above video is from the initial reporting of this story in December.

Soaked in puddle water is where Lakewood resident Ayn DuBois found it: a stolen package sent all the way from Egypt. It was thrown haphazardly into the mud at Fort Steilacoom Dog Park.

“In the middle of the puddle was just all of this gift wrap,” Dubois said.

There were only first names visible on the packaging, which has made identification particularly tricky.

“This is the part that made me cry,” DuBois said, tearing up as she read through the Christmas card addressed to “Mina,” which was tucked inside the bag.

Community members posted on social media to try and locate the rightful owners of the package. Several weeks later, Mina and her brother Roman finally got their Christmas gifts

Mina and Roman met up with DuBois, where she presented them with their gifts that made it to Lakewood all the way from Egypt.

From Aunt Helen, Roman got a rosary, a Nubian sandalwood letter-opener for opening college acceptance letters, a coin pouch and a Nubian sandalwood ankh. Mina got a Nubian camel bone letter opener, a bead necklace, a cloth bag and coin purse, and a "'Woman in Islam' free tract from rack at Temple of Philae," according to a screenshot of a message from her Aunt Helen.

“It made it all the way from Egypt to here and then got stolen off a porch, which just broke my heart,” DuBois said in December. “We’re really hoping that we find Mina and she understands that uncle Michael and aunt Helen really love her.”

RELATED: 'I filled up a box full of dog poop': Portland porch pirate gets a stinky surprise