Before he allegedly shot and killed a man in a parking lot, the suspect allegedly threatened another man at the same location. 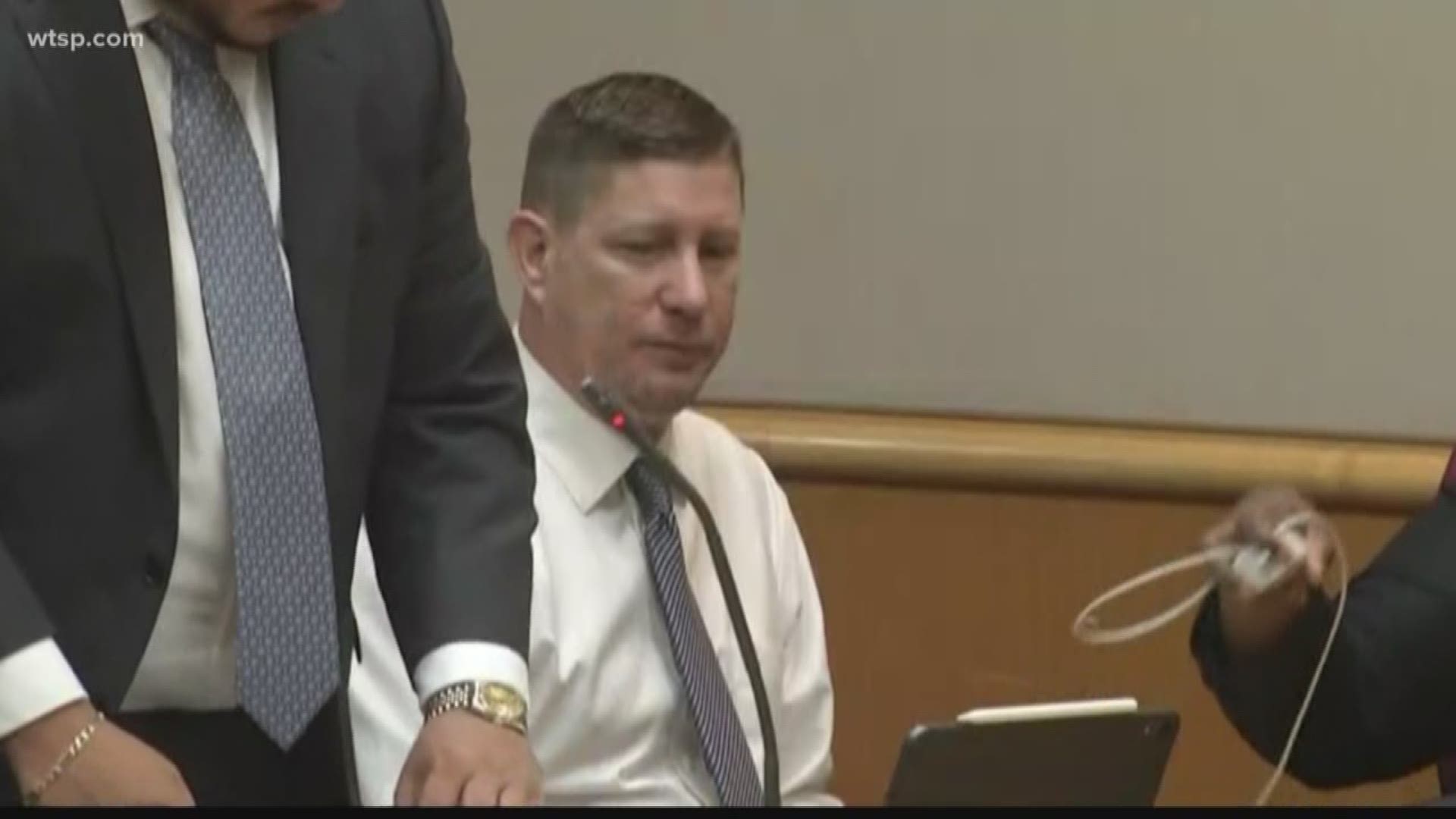 A previous confrontation involving Michael Drejka will be allowed into evidence in his shooting trial, a Pinellas judge decided Friday.

Drejka is the Pinellas man accused of shooting Markeis McGlockton to death in a Clearwater parking lot in July 2018 as the two argued over a disabled person parking space.

Drejka’s lawyers asked the court not to allow any testimony about any previous fights that Drejka had with other people. Those confrontations could show Drejka had a pattern of such behavior.

Prosecutors intend to show that Drejka is a “hothead” - a man whose temper cost McGlockton his life.

Drejka claims he was defending himself from McGlockton, who had shoved Drejka to the ground as the two argued over a disabled persons parking space outside the Circle-A food store on Clearwater.

“What better way to get into his mind than to use his past behavior,” argued prosecutors, “His past conduct.”

If prosecutors could show Drejka had a pattern of regularly instigating such arguments, it could undermine his defense.

The state called five witnesses who they said they would like to put on the stand during Drejka’s trial.

First was Tyler Smith, a man involved in an alleged road rage incident with Drejka in January 2012.

“He grabbed a handgun and pointed it at my vehicle,” said Smith.

Next on the stand was the Pinellas deputy who responded to that call, testifying he traced the license plate to Drejka.

Prosecutors then called Ricky Kelly, a truck driver who says Drejka confronted him over the same disabled parking space outside the same store five months before McGlockton’s shooting.

“And he did threaten me with shooting me,” said Kelly.

Kelly’s boss, John Tyler, told the court Drejka called him that day to complain about Kelly’s parking job, threatened to contact police about it, and then said, “He’s lucky I don’t shoot him.”

Finally, Abdalla Salous, who owns the Circle-A food store, told the court Drejka was a regular customer who was inexplicably concerned about where people parked outside the store.

Drejka’s defense lawyers argued that type of testimony was irrelevant to the specific circumstances of Drejka’s confrontation with McGlockton and could be prejudicial if a jury was to hear it.

“The only thing relevant in this case,” said defense attorney William Flores, “is what happened in this incident.”

In an effort to avoid a potential appeal in the case, the judge determined that the 2012 road rage incident was not relevant enough to present during trial.

But the court described the similarities between McGlockton shooting and the confrontation five months earlier with Kelly as “amazingly similar,” so that will be admissible.

Drejka’s next pre-trial hearing is set for June 7.  The trial is set for Aug. 19.