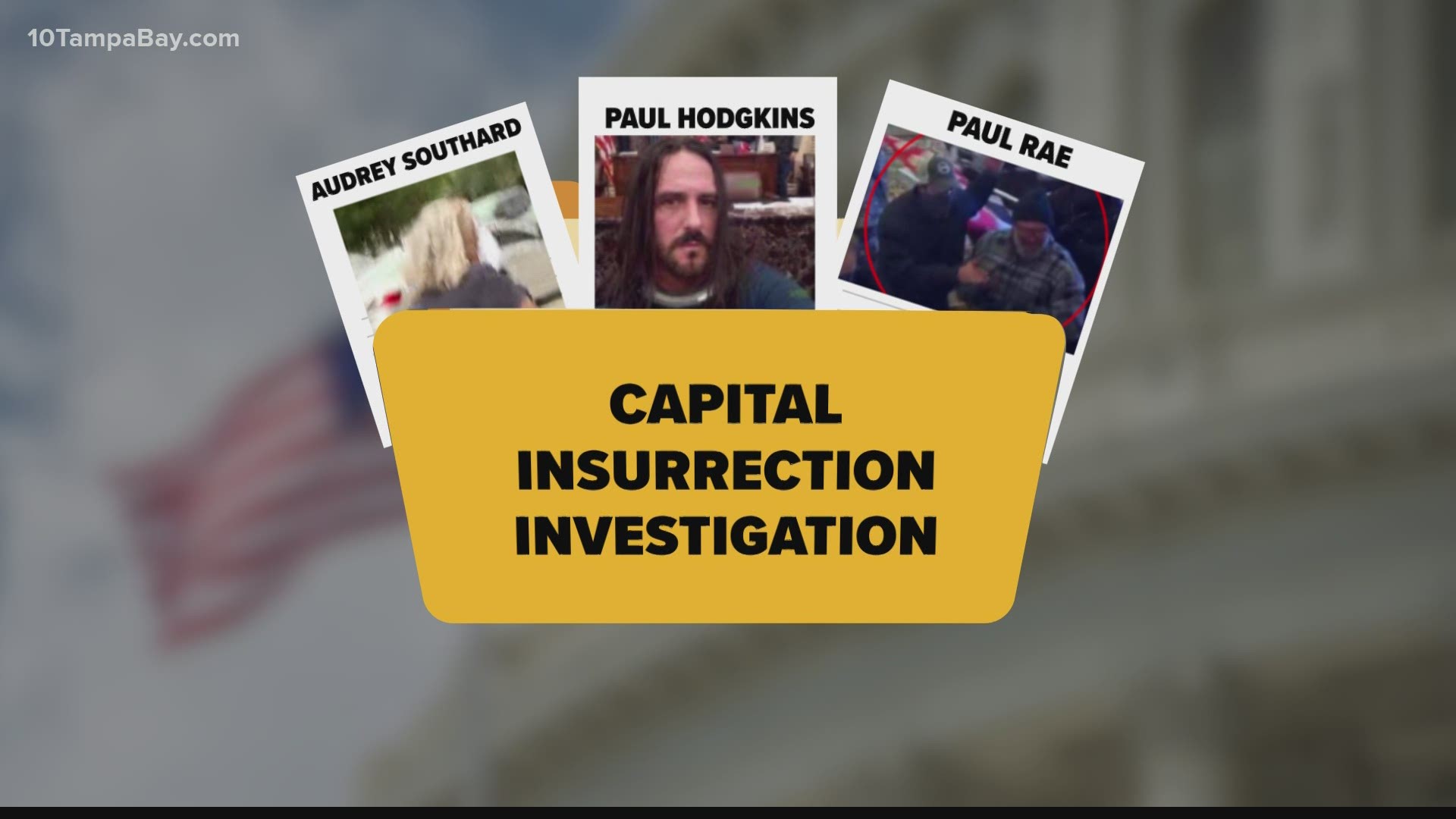 A Spring Hill singer, who teaches piano and voice lessons, was arrested Wednesday in connection with the Capitol insurrection after being featured in a Tampa Bay Times article back in January.

The newspaper was first to report Audrey Southard's arrest, which was later confirmed by court documents.

A spokesperson for the U.S. Attorney’s Office, Middle District of Florida, confirmed Southard made her initial court appearance at 2 p.m. Wednesday in Tampa.

Court documents show she was appointed a public defender, and her bond was set at $50,000. She must surrender her passport and any firearms, the documents said.

Southard is charged with assaulting/resisting/impeding officers/employees, civil disorder, tampering or destruction of records and documents, and violent entry and disorderly conduct on Capitol grounds.

Southard's next hearing is scheduled for June 9.

Feds allege Audrey Southard-Rumsey also said "Tell Pelosi we are coming for that b**" before shoving police sgt & pushing him into door w/ flagpole ("felt like he was being trampled") pic.twitter.com/gFQA1ELkt5