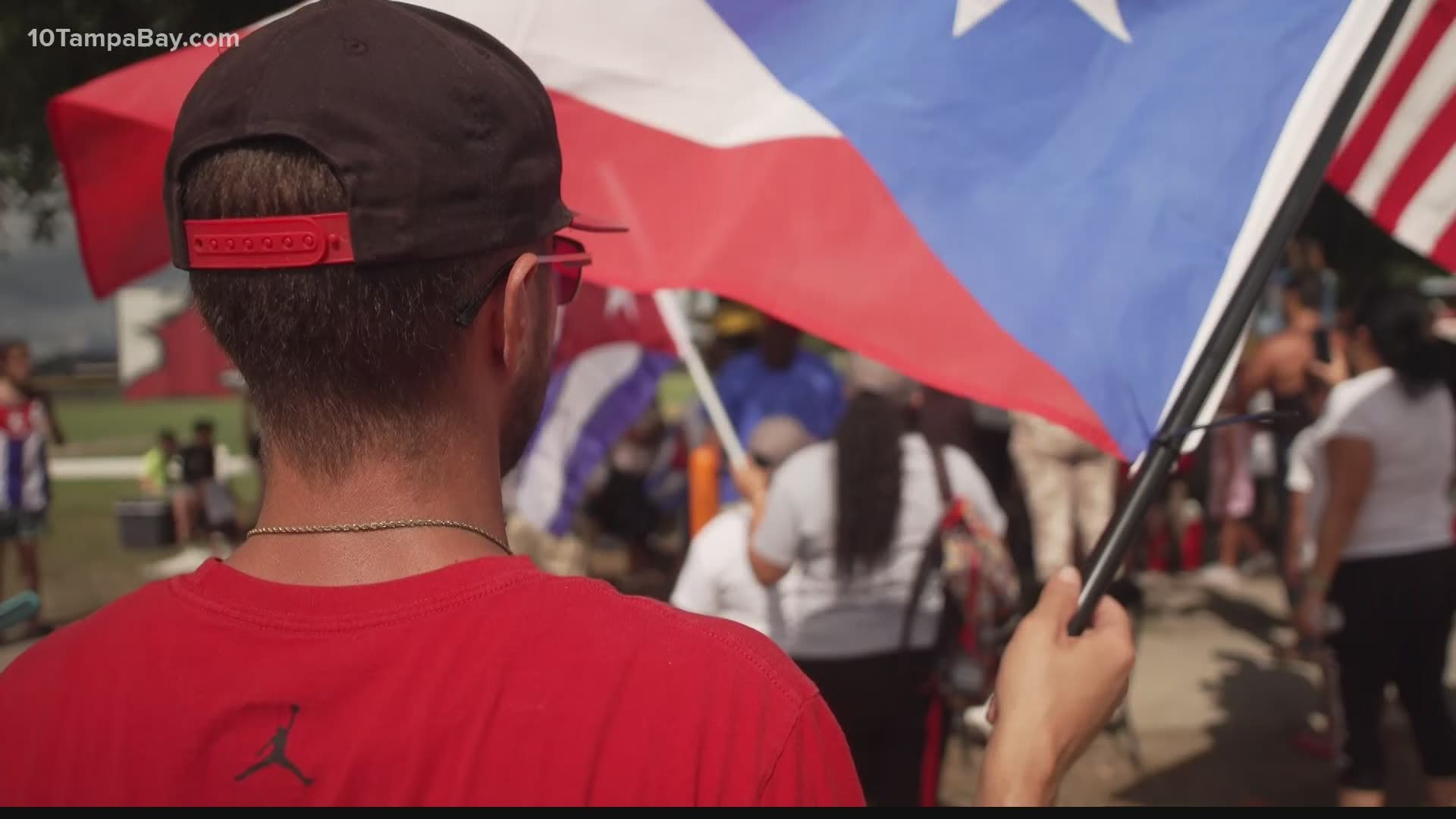 On Sunday, Cuban Americans gathered at the corner of Dale Mabry and Columbus in Tampa. The crowd on Sunday was smaller than the past seven days, but their message stayed the same.

People want national officials to step in and help.

"Right now, everyone’s working, they are emailing politicians in the White House and their local representatives here," said Rafael Pizano, a local translator and also a Cuban American demonstrator.

CUBAN DEMONSTRATIONS
The size of the crowd along Dale Mabry has changed today, but their message hasn’t pic.twitter.com/Ili3zFFmb4

Over the past week, people demonstrating said they haven't seen positive change in Cuba. Through their local demonstrations, they feel they are reaching more people and educating them.

"We can also do things here by raising awareness. For any Americans that would like to help please call your officials and motivate them," Pizano stated.

What they specifically want to see done on @10TampaBay at 6:30pm pic.twitter.com/SYipoB072c

They believe it will take more organizations and agencies to get involved to help people in Cuba. Right now, people demonstrating said it's very emotional as they know their Cuban family members are suffering.

"Everyone here is family members over there and they’re worried about them being murdered," Pizano expressed.