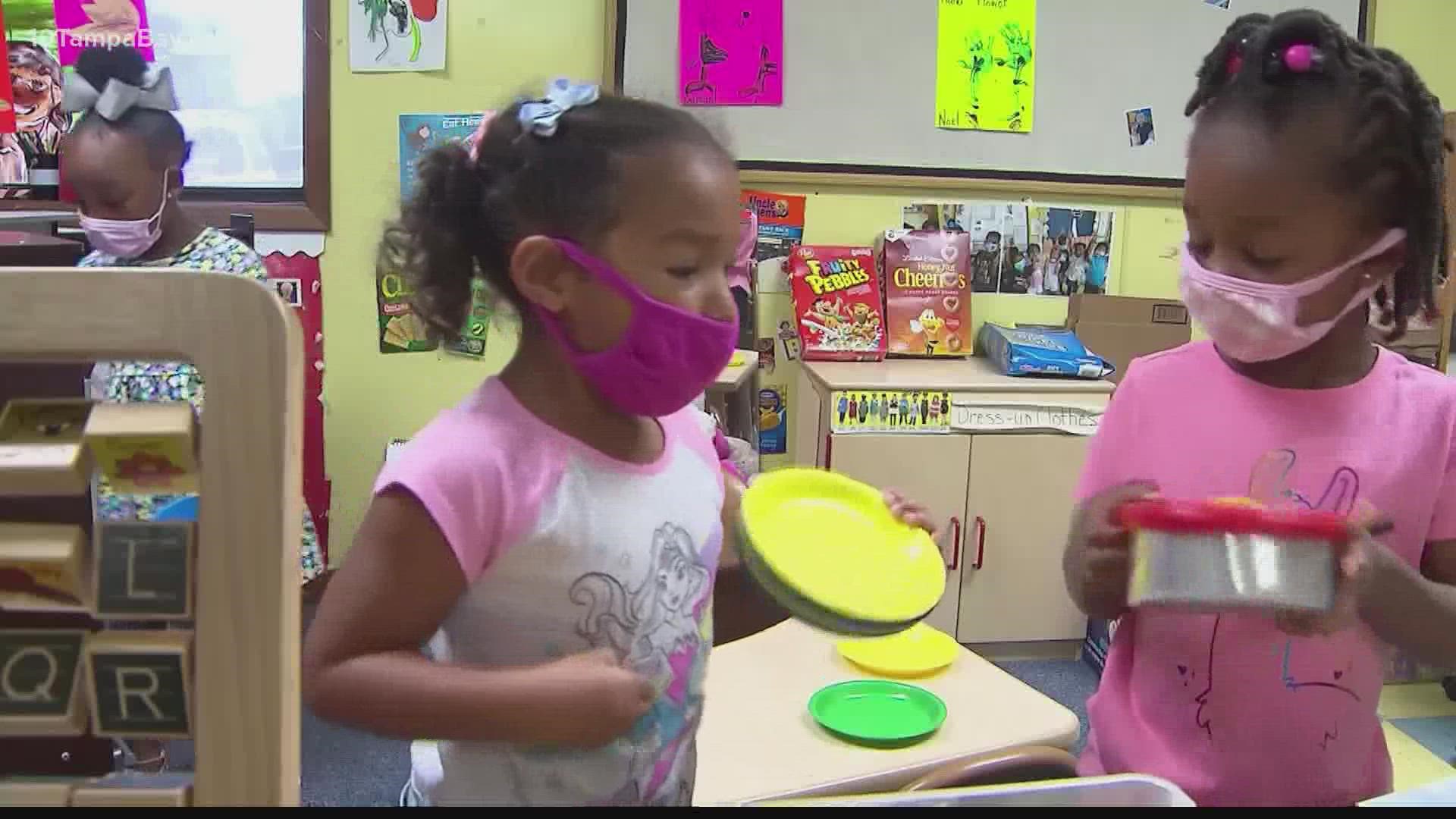 As you start your day on the Brightside, here are a few things you need to know.

An appeal last week by Florida Gov. Ron DeSantis pumped the brakes on a judge's ruling against his ban on mask mandates.

But, lawyers representing a group of Tampa Bay parents are asking to let that ruling go into effect.

Last month, Judge John Cooper decided the governor crossed his constitutional authority by issuing the executive order. The judge did not focus on whether he supported mask mandates but rather on which agencies have the power to make decisions about public health.

After Judge Cooper filed his ruling on Sept. 2, DeSantis' administration filed their appeal which triggered an automatic stay. That meant Cooper’s ruling would be invalid until the appellate court made its ruling.

Not too long after the appeal was filed, the same attorneys who fought DeSantis' executive order filed a motion to vacate the automatic stay.

Judge Cooper set a hearing for the motion at 10 a.m. on Wednesday.

RELATED: Judge to decide whether DeSantis can enforce mask mandate ban while judge's ruling is being appealed

RELATED: Ahead of lawsuit appeal over school mask ban, parents say schools are in crisis

The 9/11 Heroes Run is an event organized by a man who served three tours each in Afghanistan and Iraq and wants to help everyone remember the good they did.

Beau Higgins is a Marine veteran, proud of his service to his country. "We made an impact. You can't take that away."

He now organizes the 9/11 Heroes Run locally in Lithia each year to benefit the Travis Manion Foundation.

For Beau, seeing the war in Afghanistan end the way it did makes him more committed to his mission to raise money.

To learn more about the 9/11 Heroes Run, click here.

RELATED: Retired Marine in Lithia runs to honor the heroes of 9/11

As kids get back to more group activities and their fall sports, doctors are seeing a rise in head injuries, with some leading to concussions.

Dr. Patrick Mularoni says the risk of a head injury is tough to mitigate.

So when an accident happens, it's important for parents to pay attention to the symptoms that might follow and to make sure they stop whatever they were doing to take a time out.

If a child is vomiting, take them to the emergency room. Other symptoms like a mild headache, dizziness, tiredness could present later and that’s when you should seek a pediatrician.

Dr. Mularoni says most concussions will resolve in 10 to 14 days. He says the biggest thing to avoid is screen time.