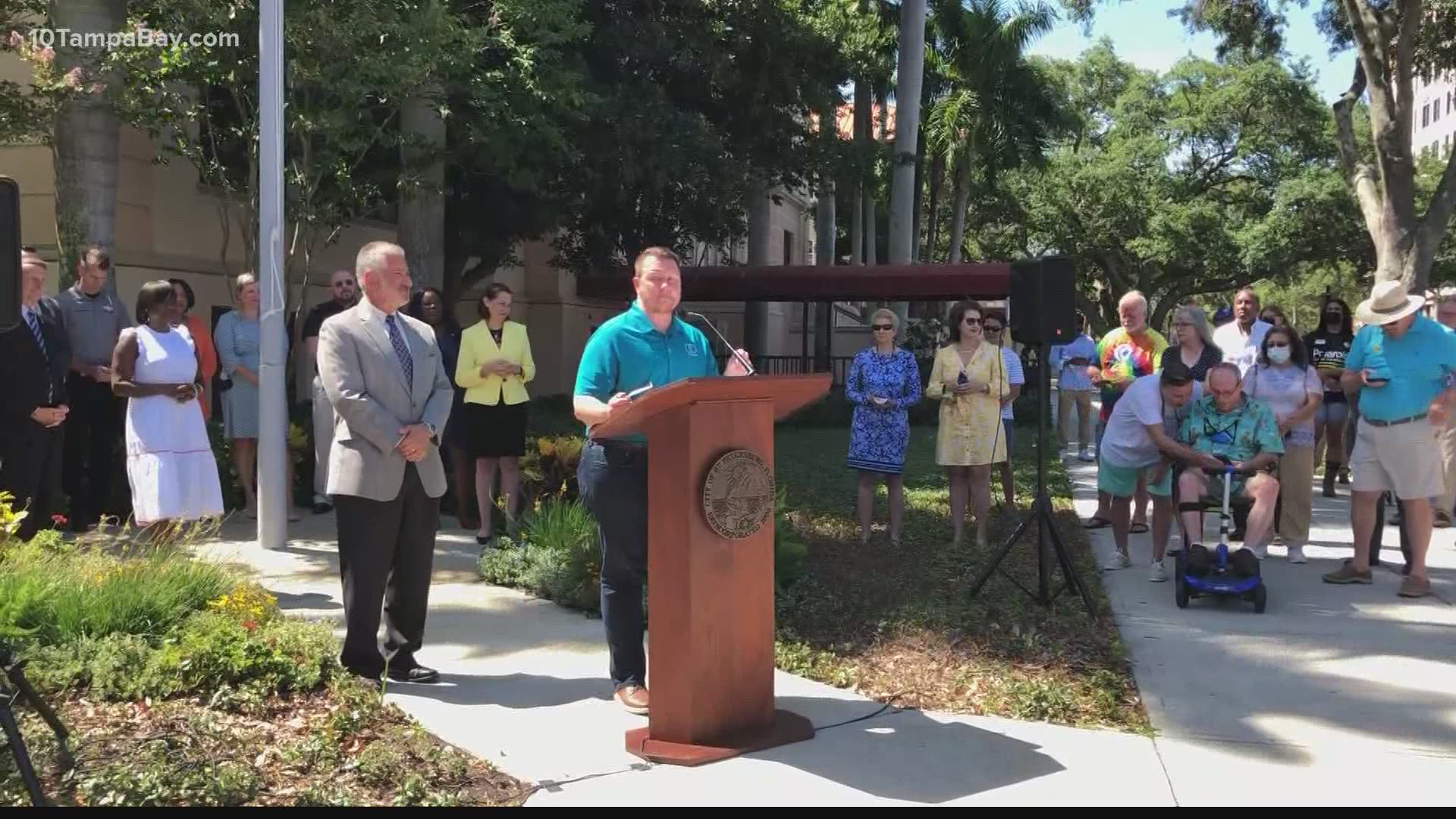 ST. PETERSBURG, Fla. — What was supposed to be nothing but a celebration to kick off 2021 Pride Month instead started off somber as St. Petersburg Mayor Rick Kriseman expressed his disgust over the state's new law restricting transgender women from school sports.

The law, which goes into effect on July 1, says female student athletes need to provide birth certificates listing them as girls at birth in order to participate in school sports designated for women. It will also allow other students to sue schools that ignore the legislation and allow transgender women or girls to play on women's teams anyway.

“We believe in the state of Florida in protecting the fairness and the integrity of women’s athletics," DeSantis said. “It’s taken many of our girls to college to be able to get an education and to compete, so we believe that it’s very important that the integrity of those competitions are preserved, that these opportunities are protected. And I can tell you this – in Florida, girls are going to play girls’ sports and boys are going to play boys’ sports.”

Some of the more controversial wording was removed before the law was signed. For example, requirements that transgender athletes undergo genetic testing or have their private parts examined are not in the final law.

But, the law remains highly-divisive and is being widely criticized, especially for being signed at the start of Pride Month.

"If you don’t think that was intentional, you’re kidding yourself. It was very intentional. He knew exactly what he was doing by signing it today. It was wrong on so many different levels," said Kriseman speaking at a flag-raising ceremony Tuesday at city hall.

Nathan Bruemmer, the director of St. Pete Pride, said the news of this bill-signing immediately dampened the spirit of the day.

"I want to say first and foremost to our kiddos, we love you, we see you, and we fight for you," Bruemmer, who is a transgender male said to a cheering crowd.

Criticism of the bill came in fast Tuesday afternoon. In a statement to 10 Tampa Bay, Gina Duncan of Equality Florida said, “We need to be clear about the message of this hateful bill: Governor DeSantis and GOP leaders in the legislature are not concerned about athletics, they simply don’t believe that transgender people exist."

Megan Hickey, her wife Tiffany, and their three daughters attended the flag raising in St. Pete. They believe the legislation will be emotionally damaging to vulnerable children who need to feel accepted and supported.

"I think anyone who has a child understands that they want participation, they want to be part of a community and a team," said Hickey.