The roosters and chickens are a big hit with tourists and some locals. But there's a new push to remove the roosters by Tampa City Council Chairman Frank Reddick. 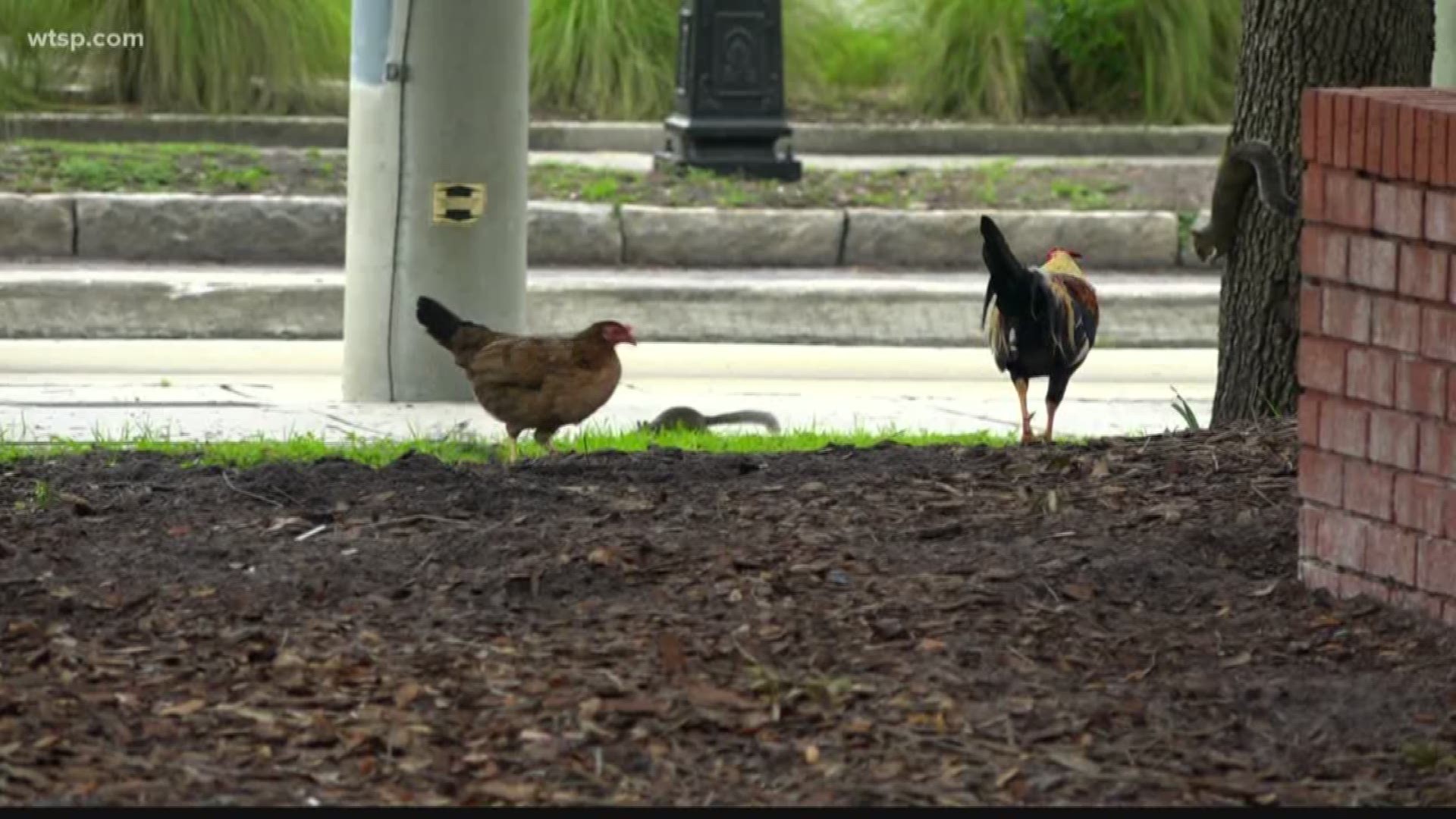 They are part of Ybor City’s rich history: roosters.

The roosters and chickens are a big hit with tourists and some locals. But there’s a new push to remove the roosters by Tampa City Council Chairman Frank Reddick.

“Roosters make a lot of noise in the mornings, that’s becoming a problem as Ybor becomes more residential,” Reddick said, “I get emails and calls from people who are growing tired of the problem and about how many of them there are.”

Reddick believes some people may be dumping chickens in the area, which is illegal, adding to the noise problem.

“The population seems to be almost multiplying,” Reddick said.

“Roosters have been in Ybor for 130 years and every few years someone tries to get rid of them,” Dylan Breese with Ybor Chicken Society said. Breese lives in Ybor and says almost all his neighbors moved there because of the charm from the roosters and chicken.

When it comes to those complaining about noise, Breese says most live near the railroad tracks in Ybor.

“Ybor always has a busy nightlife and loud parking garages, so if you get rid of roosters it’s still going to be a noisy environment,” Breese said.

Currently, roosters and all birds are protected by a city ordinance. On June 7, the Tampa City Council will talk about removing roosters from that protection to help get the population and noise problem under control.

However, Breese started a petition at YborChickens.org to leave roosters on the protection ordinance, and the petition has already gotten more than 2,000 signatures.

“You shouldn’t have some protected under a sanctuary law and not others, it gets confusing. What’s going to happen is people will assume the ordinance is not all-encompassing and they’ll start taking action against other animals,” Breese said.

“We have several ideas as far as compromise goes, including reducing the amount of eggs that hatch and educating people about drop-off being illegal.”

Reddick says he does believe the city of Tampa can find a positive resolution to the problem.

“I think we can find a solution, I think the council is ready to make the determination that we got to do something, it’s not going to stop and the roosters are going to continue to multiply and we will continue to have problems,” Reddick said.