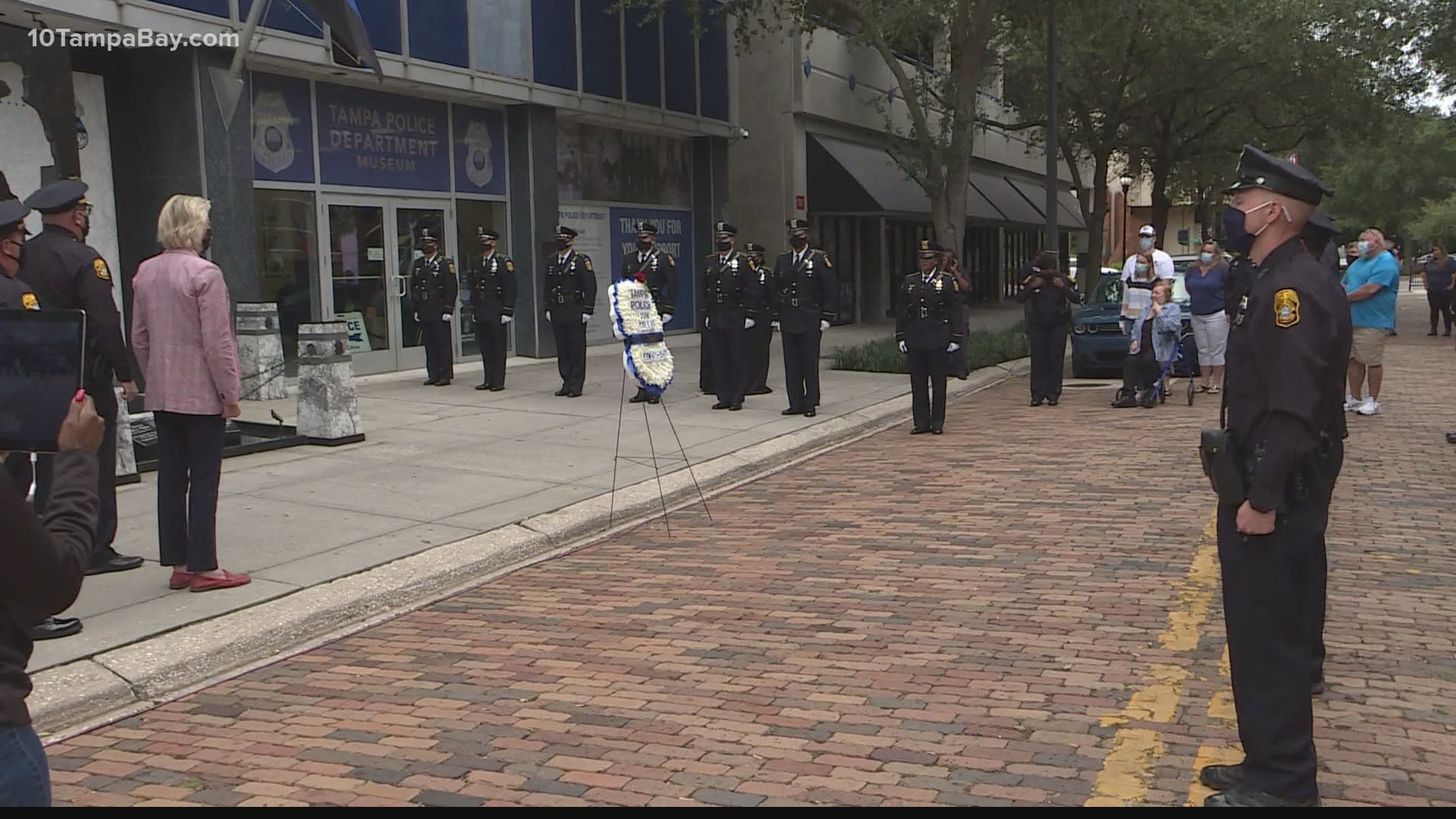 On Friday, Mayor Jane Castor and the Tampa Police Department gathered outside police headquarters to honor the 50th anniversary of Corporal John R. Collier's death. Members of his family were also in attendance.

Collier was assigned to the College Squad of the Tampa Police Department and was working toward his college degree during the day and patrolling the streets of Tampa in the evening, according to TPD. He was with the department for eight years.

On Dec. 4, 1970, Collier responded to a call at St. Joseph's Hospital. After he was done, someone told him he didn't look well and should sit down. That's when he had his first heart attack. He was admitted to the hospital. Then, on Dec. 5, he had a second heart attack and unfortunately died as a result.

In 1997, Corporal Collier was added to the Tampa Police Memorial after his death was classified a line of duty fatality. The department says Collier is one of many officers who "paved the way" for officers to receive proper medical care under the Florida Heart and Lung Bill.

You can watch the memorial ceremony here:

RELATED: Need a mask? Here's where you can get one in Tampa