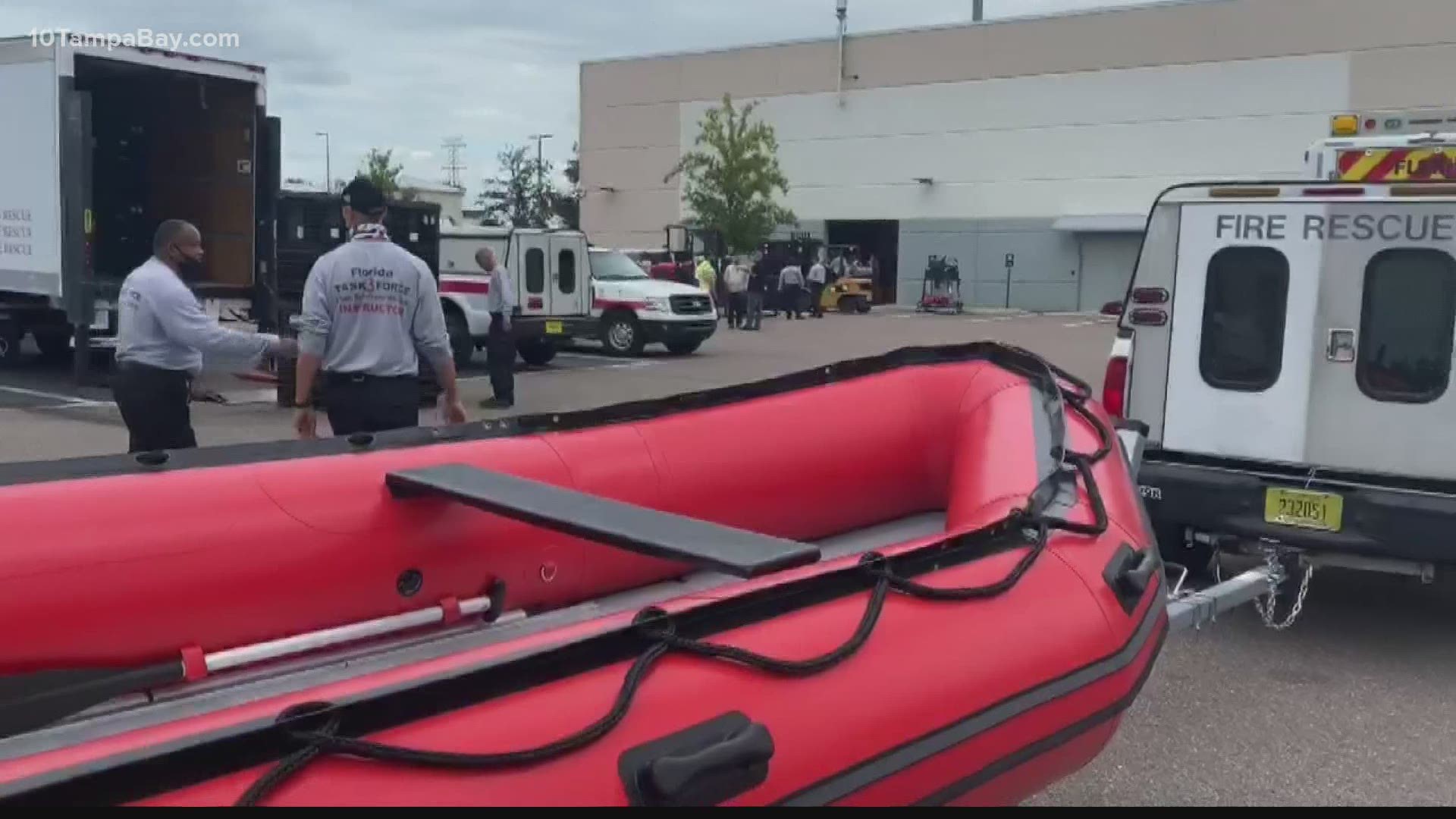 TAMPA, Fla. — Hurricane Sally left behind extensive flooding, damage and power outages across parts of Florida and Alabama. At least one person has died.

Hundreds of other people have been rescued from rising storm surge and floodwaters. That's why Tampa's Task Force 3 Swiftwater Rescue Team deployed to the panhandle to help local first responders.

The team of 40 people from Hillsborough County Fire Rescue, Tampa Fire Rescue and St. Pete Fire Rescue left earlier this week before Hurricane Sally made landfall as a Category 2 storm.

Wednesday night, the team was waiting in Quincy for their deployment. Once damage and flooding were assessed, the team traveled to Crestview to set up camp. They set up their own radio tower and readied their seven boats and 20 vehicles.

"We have rescue boats and swimmers. Our job primarily is to handle areas that have extensive flooding. We're also helping with search and rescue if necessary," said Captain Andy Capaletti, with Hillsborough County Fire Rescue.

The team has previous experience with rescues away from home. Task Force 3 was stationed in Beaumont, Texas, in 2017 after Hurricane Harvey.

"It's what we're trained to do and we're fortunate enough to be on this team and provide service to citizens in the state of Florida and we're glad to do it," said Capt. Capaletti.

Florida Power and Light is deploying 1,800 employees and contractors to help restore power to more than 200,000 people left in the dark.

Duke Energy has crews and supplies on standby if additional help is needed.

RELATED: After Sally: rescue, recovery and a wary eye on rivers