People who lived there were able to return nearly a week later once repairs were made. 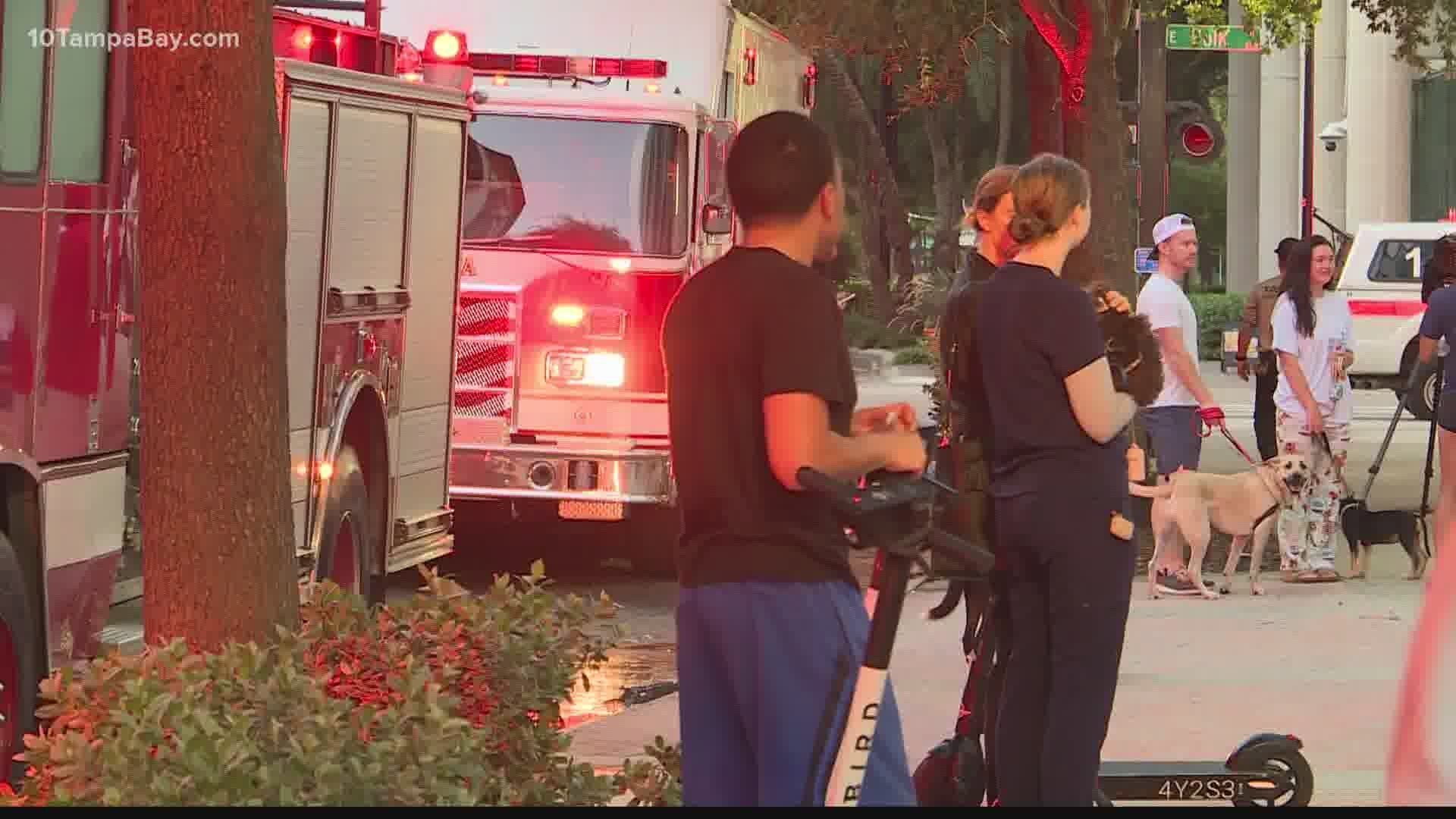 TAMPA, Fla. — Displaced tenants from the Element apartment complex were cleared to return to their apartments Monday, 10 days after water lines broke open and flooded the tower.

A firefighter was hurt while evacuating the apartment complex in downtown Tampa when the pipe broke on July 16, according to Tampa Fire Rescue.

It happened Friday around 3:30 a.m. at the Element Apartment Complex, according to firefighters. As a result, the people who live in the 35-story building were evacuated.

According to fire rescue, the cause of the flooding was a breach of the main municipal water supply line inside the building on floors 12 and 27. The water was shut off in the building while repairs to the pipe were made.

Firefighters said a member of the building's security team was stuck in an elevator that stopped working due to the flooding but was able to be rescued.

According to fire rescue, those impacted by the flooding are those living in apartments from the 27th floor down.

Inspectors with the fire marshal's office along with building management assessed both the building's infrastructure systems and actions needed to mitigate issues related to the flooding.

People living in the building were able to return Monday afternoon. The owner of the building, Northland Investment Corp., issued this statement:

"Our goal is to welcome back residents on Monday (July 26th) pending approval of the city fire chief and construction services manager. Crews have been working around the clock since last Friday to get the building ready for occupancy and we are happy to report that all of our elevators are now operational. One issue we have been working through that could potentially impact our timeline is ensuring consistent water pressure throughout the building."

Northland added that apartments on floors 10-12 were most severely impacted by water damage. "Those residents are being provided hotel rooms, while Northland works with them to determine their housing options. In addition, they are being offered assistance with moving expenses."