The event was open to the public. 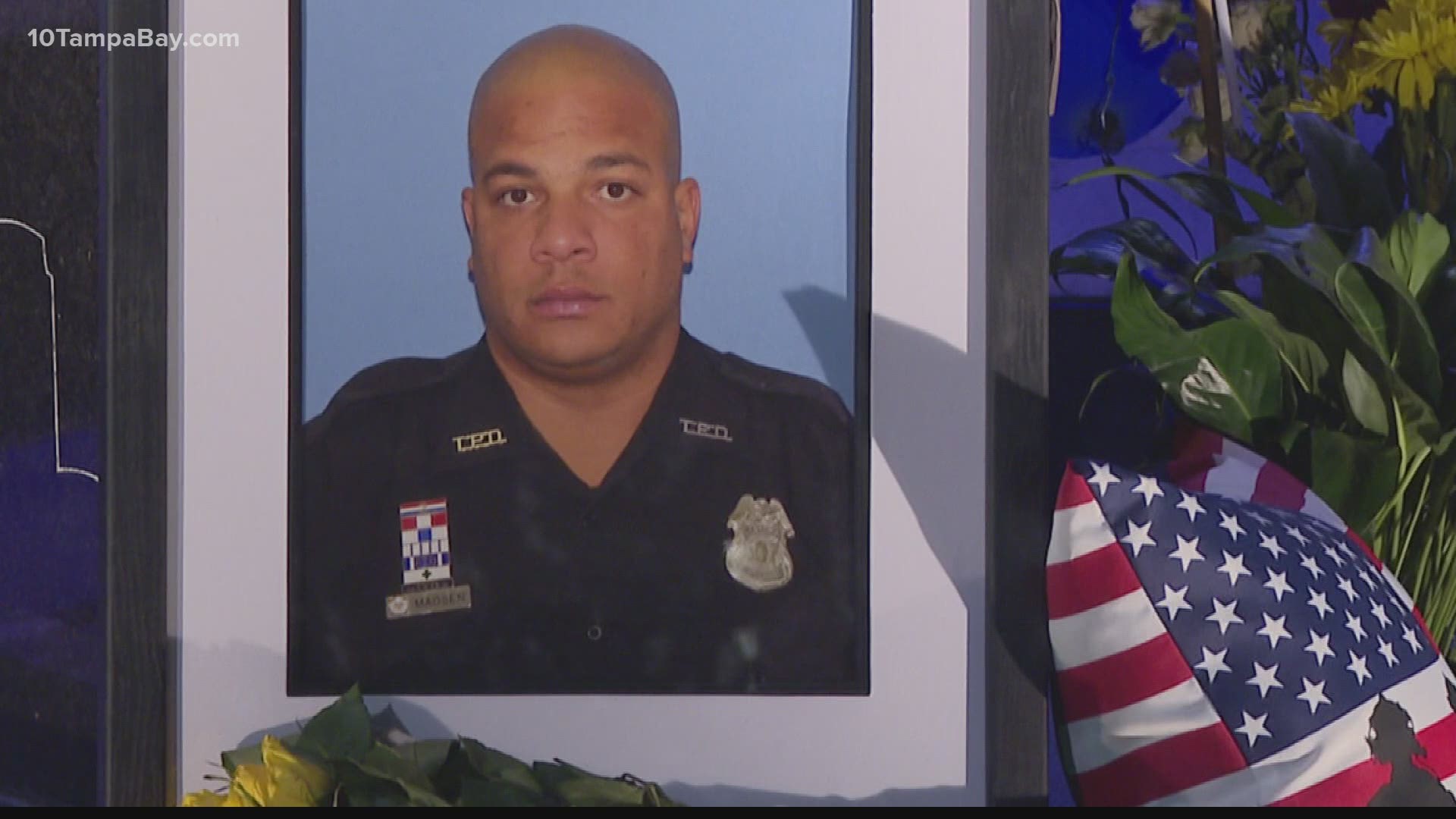 TAMPA, Fla — Those looking to pay their respects and honor the life of Tampa Police Officer Jesse Madsen were able to attend a candlelight vigil Thursday night.

The Tampa Police Department remembered the decorated officer at 6:30 p.m. outside of police headquarters at 411 N Franklin St.

During the vigil, Madsen's name engraved in the department's Monument to Fallen Officers was unveiled. A patrol car with Maden's name and end of watch date were also on display.

"When a name is etched upon the police memorial we always pray that that will be the last; knowing that unfortunately, that isn't the nature of law enforcement," City of Tampa Mayor Jane Castor said.

She encouraged those looking to show their support to come out to the event in an effort to help support Madsen's family.

"I would just ask that the community surround Jesse Madsen's family and loved ones with a sense of community," she said.

The mayor also placed an emphasis on the work the men and women of the police department do every day to keep us safe without the expectation of recognition.

Madsen was killed after veering his patrol car into the path of a wrong-way driver to protect others in the area.

At the time of impact, the chief said the other driver, 25-year-old Joshua Montague of Colorado, was traveling more than 100 mph. A full toxicology report is pending, but the police department says initial findings show that Montague was intoxicated at the time of the crash.

Detectives have learned the 25-year-old was in the process of moving to the area and had only been in Tampa for less than 12 hours at the time of the crash. Montague also died in the crash, according to police.

Madsen had been with the Tampa Police Department for 16 years. Dugan said he was a decorated police officer and a seven-time recipient of police life-saving awards. He dedicated his life to the safety and service of others, Dugan added, first as a United States Marine combat veteran, then as a police officer in Lyndhurst and Shaker Heights, Ohio.

His family can now posthumously add Police Purple Sheild and Medal of Honor recipient to his honors.

You can watch the full vigil here: