It’s been nearly 40 years since Detective Gerald Rauft was shot and killed in the line of duty. 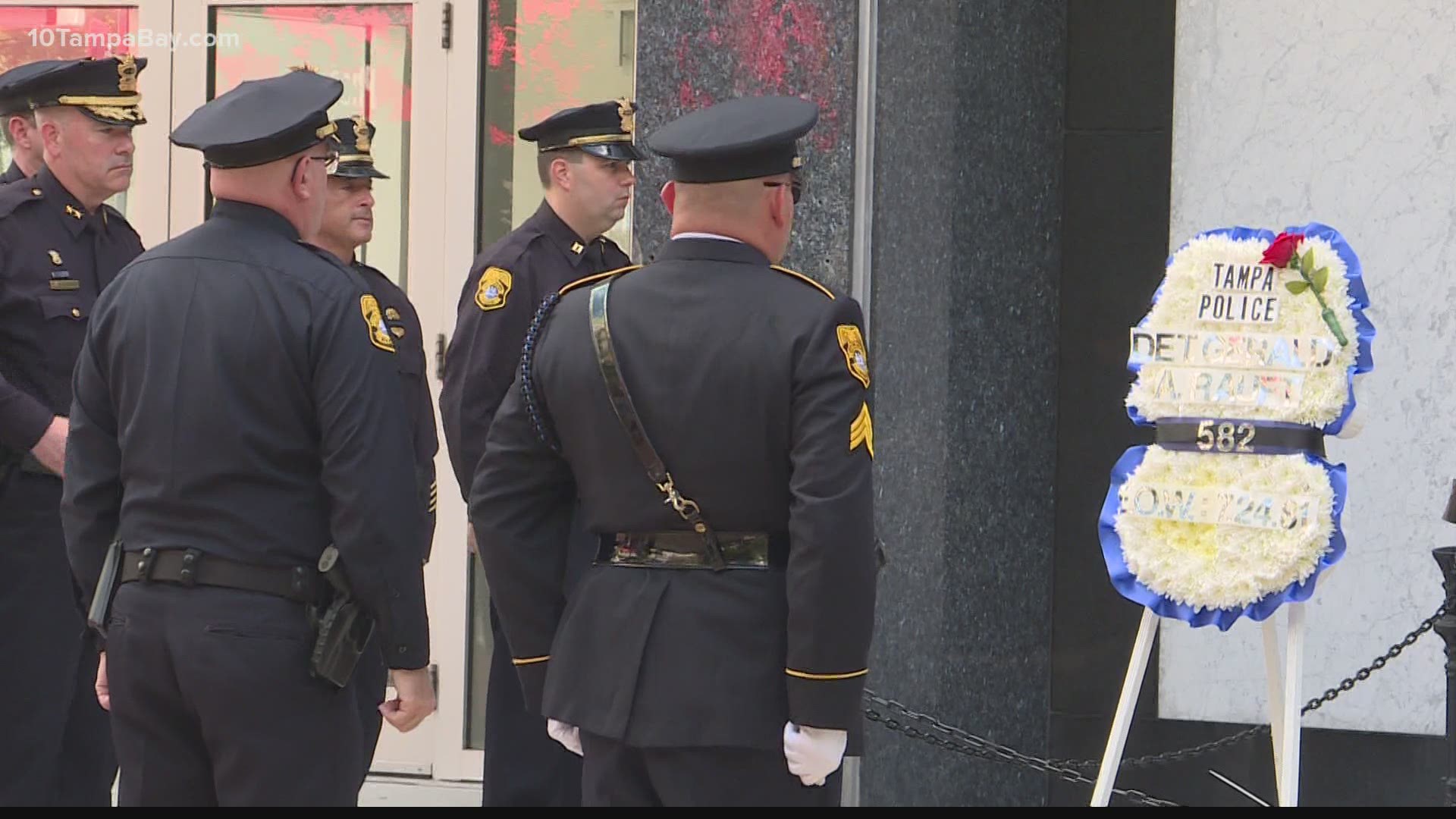 TAMPA, Fla — It’s been nearly 40 years to the day since Detective Gerald Rauft was shot in the chest and killed in the line of duty.

Today was about paying homage to Rauft and his sacrifice.

Rauft’s family, friends and neighbors attended a service held in his honor in front of the Tampa Police headquarters. Ken Overton, a former detective who worked with Rauft said he was a great guy, “one that would protect you.”

“Very pleasant to get along, very nice to be around,” he said. “You could walk up to him, and it’s like you knew him for 100 years. All your life.”

“We as a community don’t forget the sacrifice," Castor said. "The service and the sacrifice of their loved ones."

According to the Officer Down Memorial Page, 13 officers have died in Florida in 2021.

“What happens a lot is when a police officer dies in the line of duty, their moms, their dads…their families are what’s left behind and have to pick up the pieces,” Dugan said.

Rauft’s daughter knows first-hand what that’s like. She has a tattoo of a badge with a thin blue line to honor her father’s sacrifice.

“I celebrate my dad every day, I fight for him and his legacy,” she said. “Not a day goes by that he doesn’t cross my mind. I’m just very proud that his blood runs through mine.”