After reviewing 349 cases, TPD found 29 violations committed by a total of 10 of its officers. 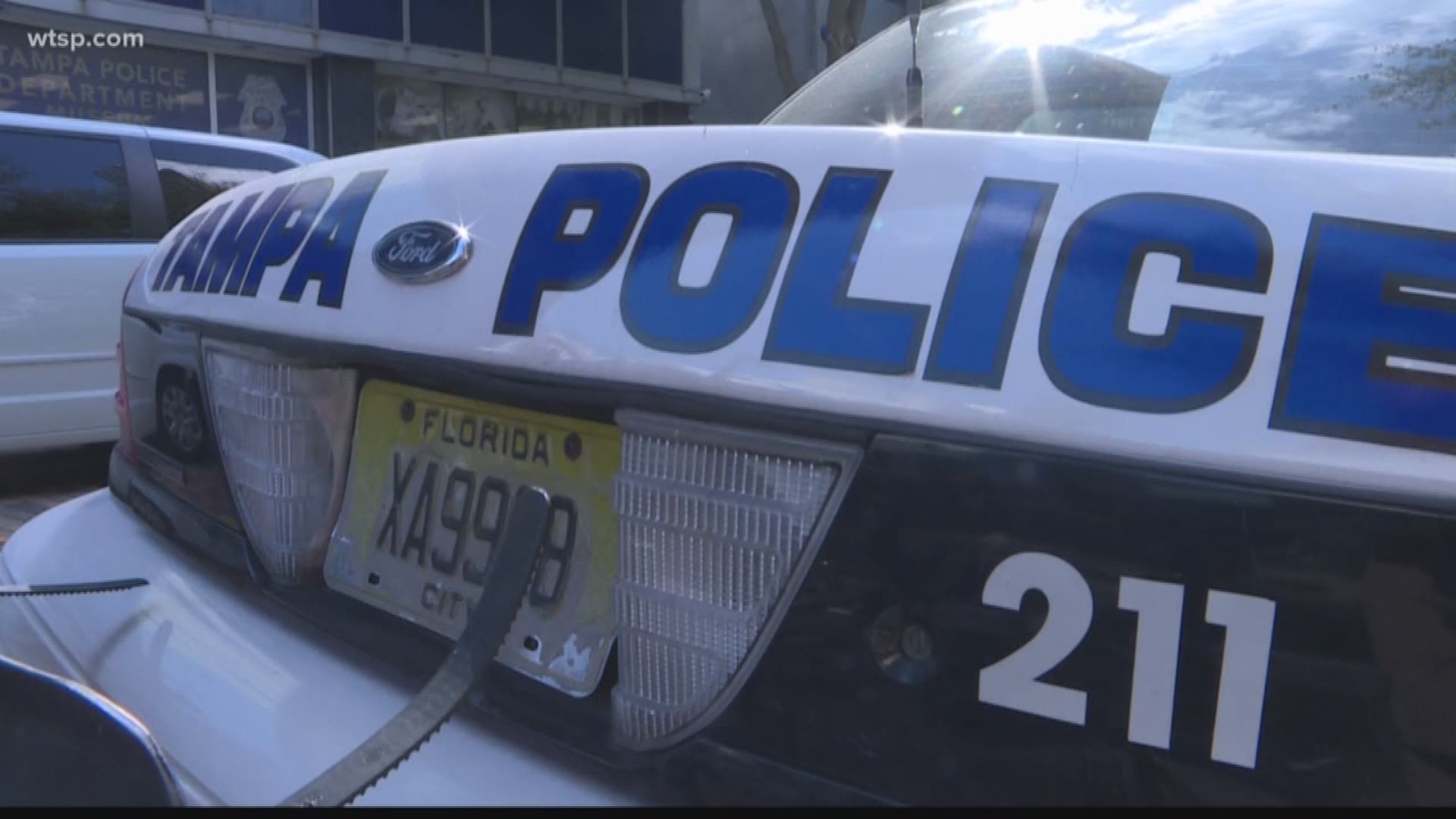 Violations include turning off their body cameras, throwing away drugs instead of submitting the contraband as evidence and failing to file reports.

Some of the accusations might lead to a slap on the wrist, but those considered more serious could cost some of the officers their jobs.

Tampa Police Department Officers John Laratta, Mark Landry and Algenis Maceo are accused of violating so many department policies that TPD says the men can’t "properly perform their duties and responsibilities as a Tampa police officer.“

“Many of the allegations against them were sustained,” said TPD Spokesman Steve Hegarty, “And so they’re probably facing the most serious discipline.”

TPD says the investigation started with a single complaint filed in September 2018, when a citizen accused Landry and Laratta of threatening him with physical violence.

The internal affairs investigation that followed found Laratta and Landry had violated department policy by turning off their body cams during that confrontation and others.

“It was clearly a case where they should’ve turned the body cam on," Hegarty said. “We would have a record of what happened, and it may have been in their favor. But if we don’t have a record of it, that’s a problem.”

After reviewing 349 cases, TPD found 29 violations committed by a total of 10 of its officers.

Tampa police think they probably didn’t get more complaints about the officers because the suspects were often being let go with no charges filed.

Complaining would have only brought more attention to their case.

All of it has gotten the attention of defense attorneys like Ralph Fernandez. Fernandez has a client who was also stopped by Laratta and Landry last August. He says it would be up to a judge, but that it wouldn’t take much to see how the officers’ bad behavior could taint the cases against his client and others.

“You know all of it is credibility,” Fernandez said. “If you turn off the camera, it’s got to have a sinister motive. I mean, if it protects you, why would you do that unless it’s really bad what you’re about to do?”

The allegation of mishandling drugs also led investigators to check Laratta’s squad car, where they found a small amount of marijuana and drug paraphernalia.

As a precaution, the officers were all tested for drugs.

“None of that came back positive at all,” said Hegarty, “So, we have no reason to believe that they were using it themselves, selling it or anything like that.”

Seven other officers who were investigated for fewer or less-severe incidents face discipline ranging from a verbal reprimand to a suspension.

In Landry, Laratta and Maceo’s cases, however, it could be, “All the way up to termination,” Hegarty said. “That’s going to happen in the next several weeks.”

In the meantime, supervisors are reminding officers that it’s not their decision which videos get recorded, which drugs get confiscated or which interactions get reported.

“If you’re not recording your interaction with the public, then that’s a problem,” Hegarty said. “That’s why we are investigating." 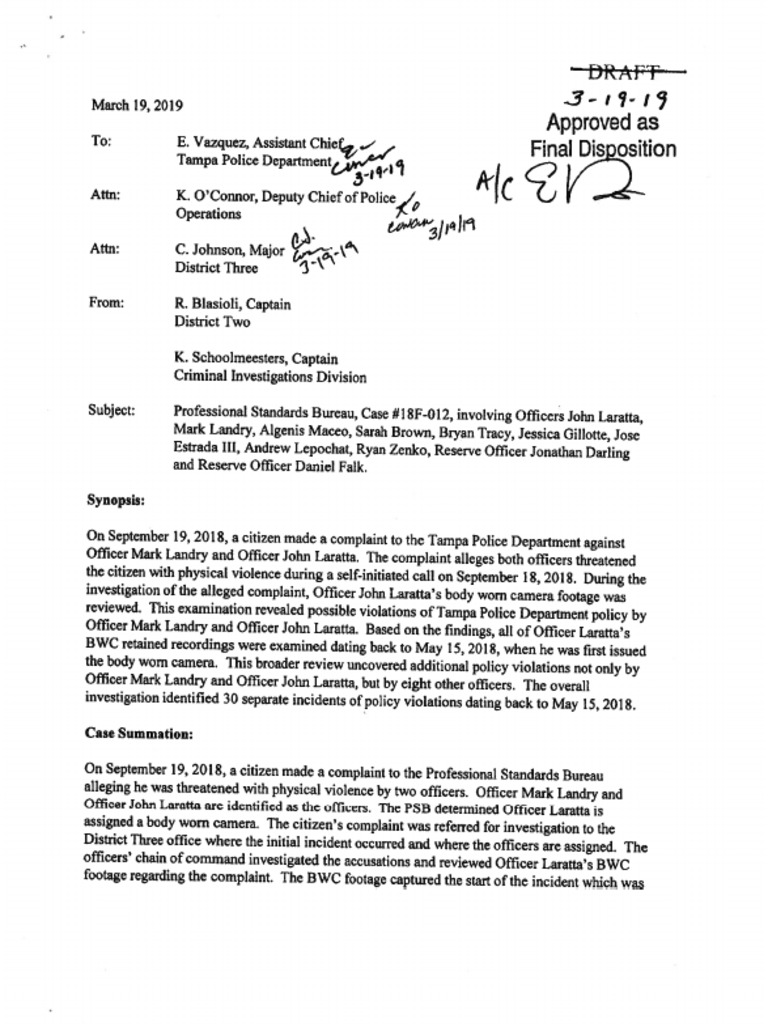 Tampa Police Department Internal Investigation Report
Some of the accusations might lead to a slap on the wrist, but those considered more serious could cost some of the officers their jobs.