Today's hearing may provide some insight into what we can expect to see Monday when four more bars and clubs are scheduled to appear before the city council. 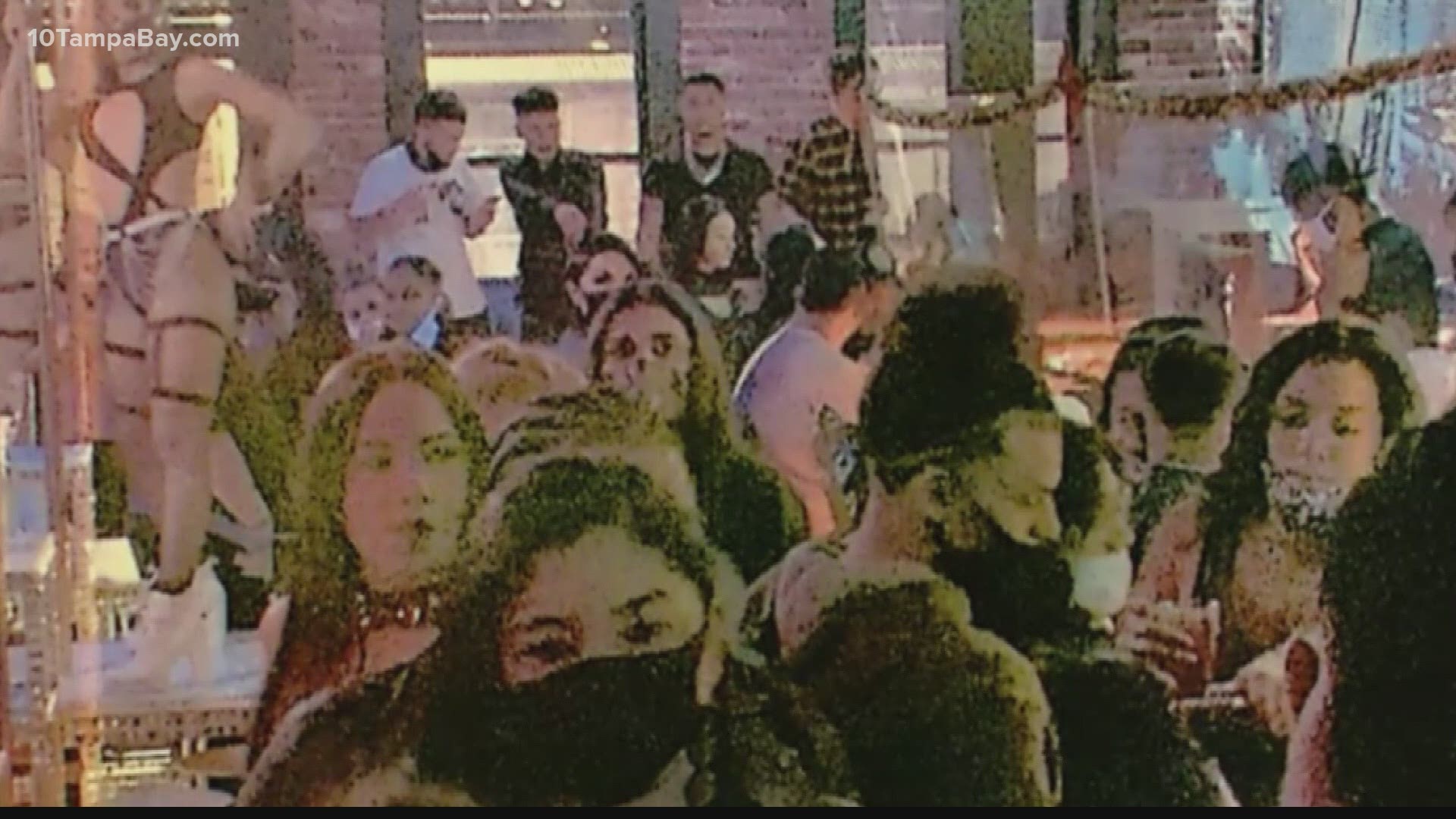 It was the same for a nearby bar.

Ybor Cigars Plus, Tangra Nightclub, and MacDinton’s Irish Pub were all ordered to appear before the city.

Attorneys for MacDinton’s claimed they had not been properly noticed, so their case was pushed to March 8.

Next up was Tangra Nightclub in Ybor City.

Code enforcement officers testified on at least two occasions they had witnessed people standing at the bar maskless and crowded onto the dance floor.

Code enforcers said while 90 percent of restaurants and clubs had found a way to comply, Tangra failed to.

The club’s attorney, Luke Lirot, said they’ve tried to get people to comply and that’s all the statute requires them to do.

“I would respectfully submit that my clients have shown they have made that reasonable effort. And that even if they failed, there’s no penalty for failing,” said Lirot. “If you make a reasonable effort, if that’s the requirement of the regulation at issue.”

Council members ultimately found Tangra had violated the ordinances and recommended a three-day suspension in March.

The punishment, they said, sent a stern message while falling far short of the 30-day suspension they could have imposed by law.

The owner of Ybor Cigars Plus, who was next to appear before the council, quickly entered into an agreement admitting to the violations and accepting a similar three-day suspension starting next week.

Thursday’s hearing might also provide some insight into what we can expect to see Monday morning when four more bars and clubs are scheduled to appear before Tampa city council to face similar allegations.

The city has issued 59 citations to area bars and clubs so far this year.