Tampa now treating water with chlorine amid liquid oxygen shortage, and it may taste different

The city says it will still be safe to drink. 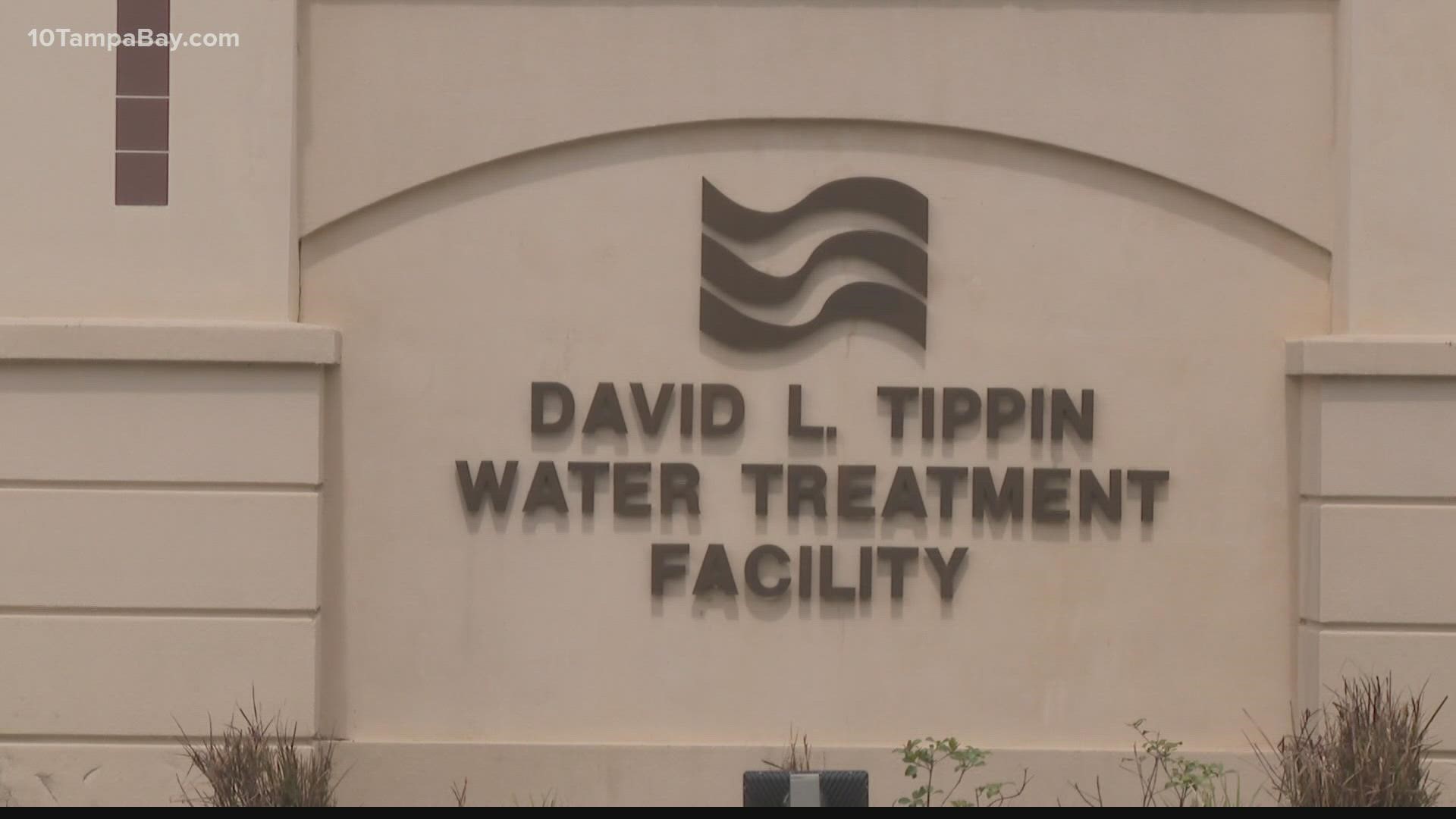 TAMPA, Fla. — A shortage of liquid oxygen across Florida and other parts of the country is now impacting people in the Tampa Bay region.

That shortage is linked to the heightened demand in hospitals amid the ongoing pandemic. Currently, area hospitals say they have enough equipment to meet patient needs.

However, by Thursday afternoon, Tampa had decided to temporarily begin using chlorine in its water disinfection process, as opposed to the liquid oxygen typically used to purify the city's water. The Tampa Water Department had been waiting since Wednesday evening for a truckload of liquid oxygen to be delivered to the David L. Tippin Water Treatment Facility.

But it couldn't wait forever.

"We do have a back-up plan," Chuck Weber, director of the city's water department, had told 10 Tampa Bay on Thursday.

The back-up plan, now being implemented, is to treat water with chlorine, which could change the taste and odor by as early as Friday.

Weber says the water department has been in touch with the liquid oxygen vendor. But, because the vendor is overloaded, it's been difficult to get updates on if and when a shipment may finally come through. Thus, it's Plan B for the foreseeable future.

The city of Tampa supplies its water from the Hillsborough River Reservoir, and Weber says the biggest treatment challenge is total organic carbon, which makes the water brown.

Weber says liquid oxygen is the most effective treatment for the water that comes from the Hillsborough River. Chlorine is second best.

"With the quality of the water that’s coming down the river right now, we can treat the water to all the regulations (with chlorine), we’ll notice a change in the odor and taste; but it’s still safe," said Weber.

With the city switching to the chlorine treatment Thursday evening, residents will see a change to their water by Friday. But, the water will still meet all government regulations and is still safe to drink, the city says.

To be clear: People in the city of Tampa are not being asked to conserve their water because of the plentiful supply coming from the Hillsborough River Reservoir.

However, people living in other parts of Hillsborough County were encouraged Wednesday to consider eliminating non-essential water use by a different regional utility, Tampa Bay Water.

In a message posted Wednesday on the county's website, Tampa Bay Water said it would be temporarily shifting its water treatment process at the Lithia Hydrogen Sulfide Removal Facility. It said a lack of liquid oxygen deliveries was to blame.

Tampa Bay Water is switching to a sodium hypochlorite, or bleach, treatment at the facility. That could come with changes in taste or odor, though the water remains safe to drink.

"Hillsborough County recommends that customers help preserve the region's drinking water by eliminating non-essential water uses, including watering lawns when it's raining, using pressure washers, and washing vehicles at home," the county wrote in the message about Tampa Bay Water.

Water-saving tips can be found here.

For its part, there is no water conservation request in Sarasota or Manatee Counties, where bleach and atmospheric air is used at wastewater plants instead of contained oxygen sources.