Whether or not you believe in ghosts, a night with paranormal investigators might make you think. 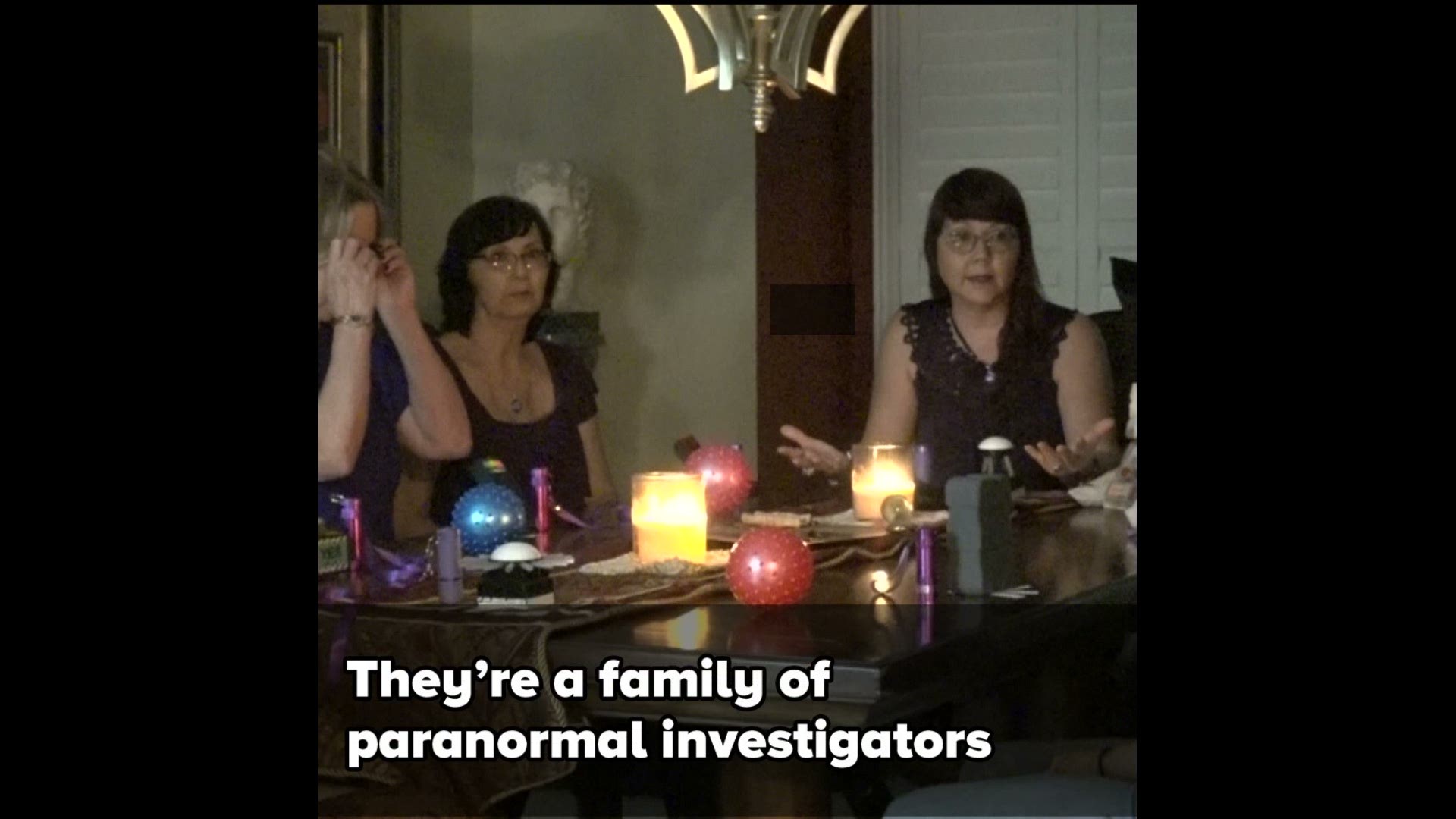 TAMPA. Fla.—If there’s something strange in your neighborhood, who you gonna call?

If it’s in the Tampa Bay area, it won’t be the Ghostbusters. Instead, you’ll find the all-women group of local paranormal investigators who call themselves the Female Paranormal Investigators or the FPI.

The FPI is made up of a Tampa Bay mom, her daughters and her sisters.

Linda Fay, her sister Marilyn Ireland and daughters Kaitlyn, Kelsey and Kendal, make up the team’s usual roster. During an investigation they allowed us to witness, Lillian Wagner and Monique Otero joined as guest investigators while Kelsey sat out.

Before the lead investigator, Linda, and her team broke out the equipment, they gathered in the living room of the home they were looking into.

They were called to a man named Steven’s house. Steven’s house wasn’t your typical old, spooky haunted house like you see in the movies. It was relatively new. But, it was filled with souvenirs from around the world that Steven had picked up from his travels.

Those souvenirs include a knight’s armor and a sarcophagus that stands watch in his living room.

Piled near the living room was a bunch of his mother’s belongings. Steven explained she had just passed away in recent months, and he had cleaned out her house.

Steven said he started to notice lights turn on and off, he heard the sounds of knocking in his attic and sometimes the garbage can lid would open and close on its own.

He says he started to feel a presence about 10 years ago.

Fay says it’s common for activity to start up when people do work on their homes.

After the team went over the details with Steven, they gathered in the dining area and dimmed the lights.

They sat around the table with the homeowner and went over the different types of equipment they were using.

The dining room table was covered with paranormal investigation tools. They also had relics and artifacts to help attract a paranormal presence.

They used a device called a spirit box they say can help decode what spirits are trying to communicate. The ghost hunting tool takes EVPs (electronic voice phenomena) and puts the words it picks up onto a screen for the investigators to read.

The words mama, bicycle and dark came up often during the investigation.

After the crew left the dining room table to investigate the rest of the home, activity started to pick up. The lights in the master bathroom flashed while no one was in there.

A device that picks up movement and heat began to detect what seemed like a dog in the room where the suit or armor and the sarcophagus were placed. It looked like a little four-legged stick figure was making its way around the room during the investigation. Steven said he had no pets.

In a room where Steven had his dad’s pilot helmets, and wartime items were displayed, there was more activity.

There were two chairs in the room placed next to each other, and the device picked up two figures in the chairs. One chair had Steven’s mom’s belongings in it. The other was next to the wall where his dad’s stuff was.

Plenty of seemingly paranormal activity took place the night of the investigation.

Lights were turning on and off, equipment was picking up readings, and a presence was felt by the team.

After about a five-hour investigation, head investigator Linda said there was for sure something making Steven’s home its own.

Who or what it was stayed undetermined.