The 16-year-old was reported missing by his parents during Sunday morning’s Gasparilla Distance Classic in downtown Tampa. 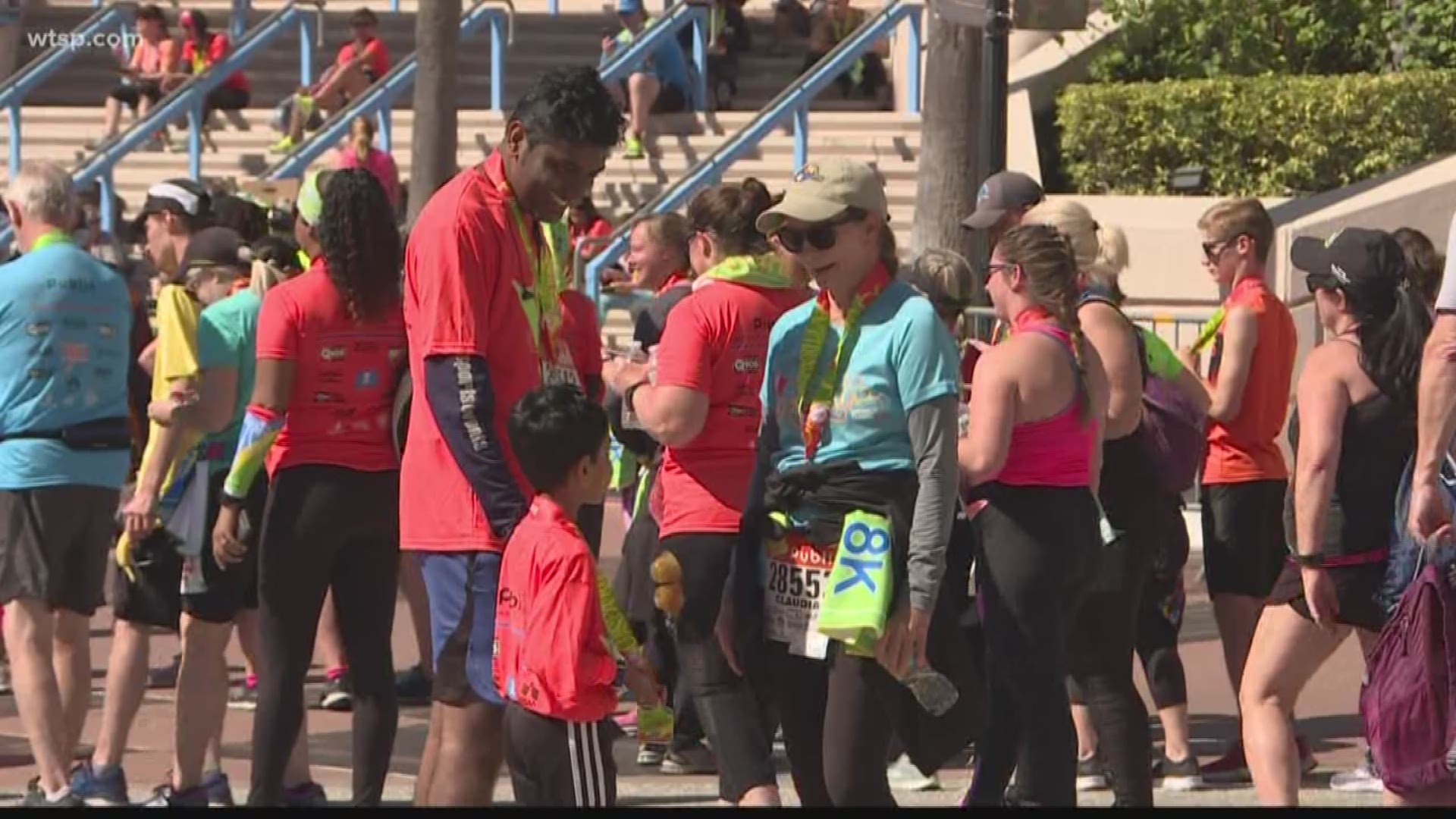 TAMPA, Fla. — A massive search for a missing teen with autism had a happy ending Sunday thanks to some special technology designed to locate people with special needs.

Police say the teen disappeared around the Tampa Convention Center during Sunday morning’s Gasparilla Distance Classic as thousands of people converged on downtown.

He was first reported missing by his parents around 7 a.m.

“It was crowded. You could feel the energy,” said runner Joyce Gary, who was visiting Tampa from South Florida.

But Gary says she had no idea a boy was missing in the crowd of people gathering for the race.

“Even a second losing your child, all the negative thoughts go through your mind,” said Gary’s friend Elizabeth Leite.  “You want to fall to pieces.  There’s no worse feeling.”

The parents told officers their son was part of the Safety Net Tracking program and wearing a bracelet specially designed for dementia patients or kids on the autism spectrum who are known to wander.

Tampa police immediately got to work searching for the teen and luckily had an officer in the area equipped with a Radio Frequency Antenna designed to help pinpoint the bracelet and the missing teen.

The Tampa police helicopter is also equipped with the same technology and between the officer on the ground and the helicopter in the air, officers were able to quickly track down the teen in the middle of the massive crowd and reunite him with his family.

“The fact that there is something like that—that the technology has been developed so we can make sure we are able to track our children and our elders, I think it amazing,” said Gary.

Tampa police say select officers throughout the city have been equipped with the tracking antennas for quicker response times. Other agencies across the Tampa Bay area have the same technology.