The deputy and police chief were helping another driver when both were hit by a hydroplaning car. 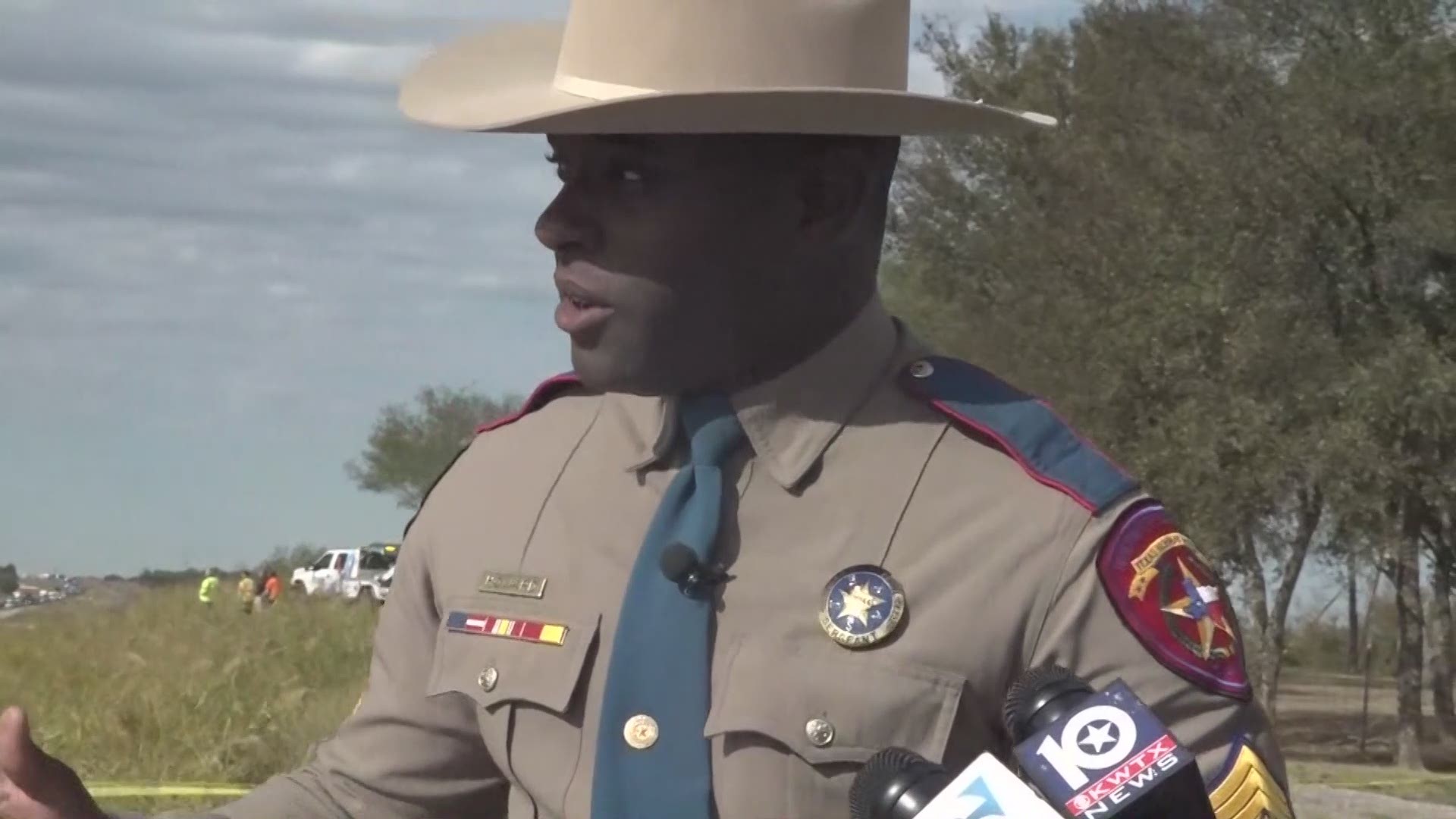 RIESEL, Texas — A driver who lost control on a wet road is to blame for the death of a Falls County Sheriff's Deputy, crash investigators from the Texas Department of Public Safety said.

Deputy Matt Jones, assigned to the department's K-9 division, died at the scene.

In a press conference on Friday afternoon, a spokesperson for Texas DPS said the driver of a Mazda passenger car hydroplaned, hitting the deputy and the chief of the Riesel Police Department.

Chief Danny Krumnow was flown by a medical helicopter to a local hospital with life-threatening injuries.

According to troopers, the two law enforcement officers were on the side of State Highway 6, south of Riesel, helping another driver who had run off the road. Both officers were out of their vehicles when they were struck by the out-of-control Mazda.

The driver of the Mazda was also hurt in the crash.

Waco Police Department
DO YOU KNOW? Please abide by the following Texas Law on Motor Vehic... le Crashes If you are in a collision and no one is hurt, don't wait for the police before moving your vehicle. If you can drive the vehicle, the law requires you to move it OUT OF THE FLOW OF TRAFFIC.