'This hurricane is going to be akin to Rita' | Gov. Edwards urges Louisianans to prep for Laura

Gov. Edwards said he doesn’t want Louisianans to let their guard down. Another storm is coming for the Louisiana coast, and people should prepare for the worst. 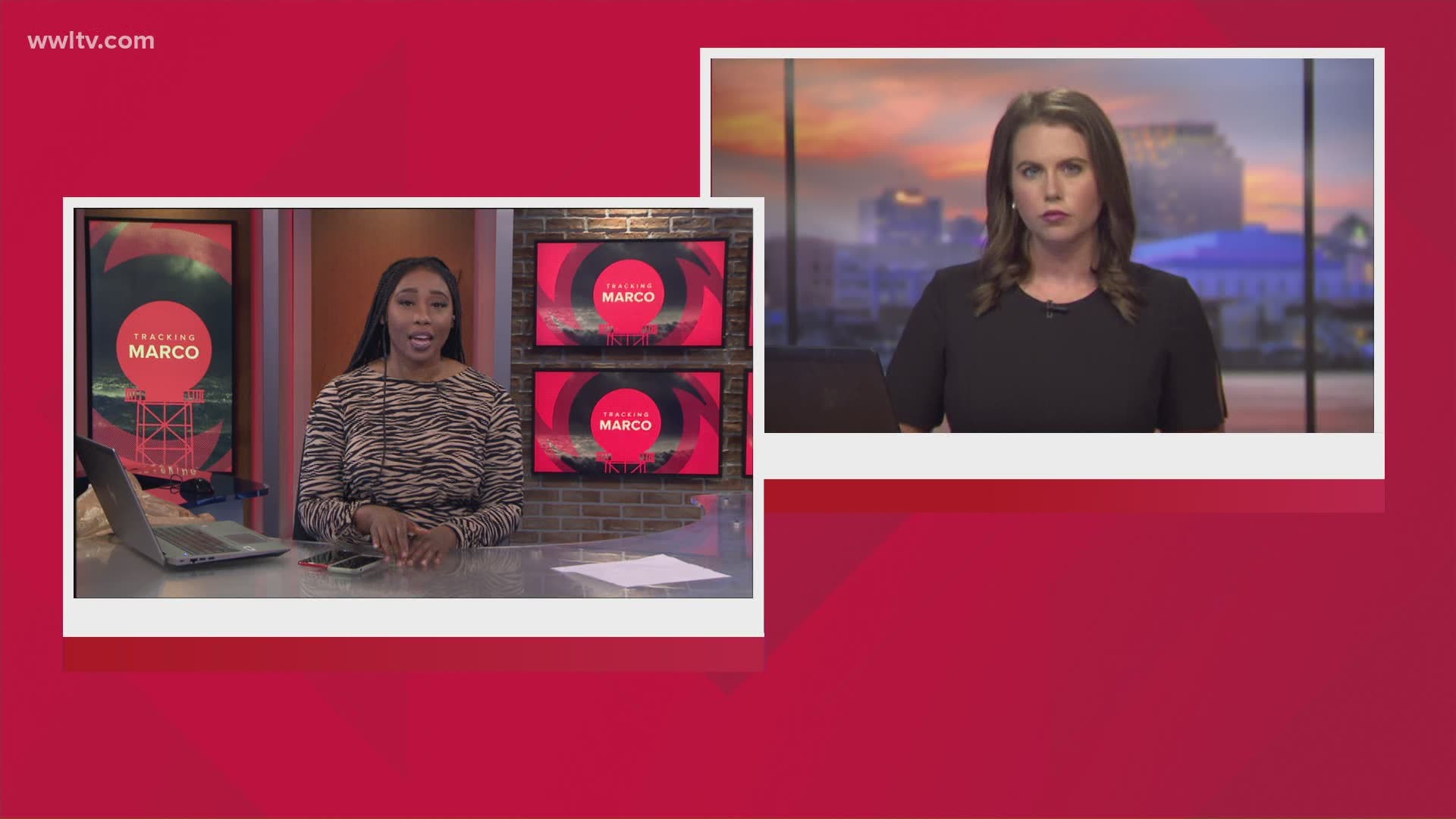 Warning people about Laura, Edwards said he wants Louisianans to stay aware of what’s happening in the Gulf of Mexico by tuning in to local news stations for the latest updates from local officials, urging them also to make sure they have enough supplies for a hurricane.

During the governor's Monday 6 p.m. press conference, he warned people to not get complacent after Marco's fizzled impact, pointing to Tropical Storm Laura — which he said will affect the entire Louisiana Gulf Coast.

"If there is a good thing about Laura, she will be moving quickly — in the front door; out the back door — and have rain bands through Louisiana," Edwards said. "5 to 10 inches is plenty of rain if the rivers are not emptying like they normally do."

The governor also said he expected Tuesday to be quiet, urging people to complete last-minute preparations for Laura before landfall.

More than 2,000 Louisiana National Guardsmen have been deployed throughout the area, alongside nearly 100 vehicles that are large enough to drive through most high water and nearly 100 more aircraft and watercraft — for search and rescue.

Gov. Edwards said he doesn’t want Louisianans to let their guard down because of how little Marco has impacted the area. Another storm is coming for the Louisiana coast, and people should to prepare for the worst.

“We literally could have tropical-storm-force winds from Baton Rouge to Houston, and in a smaller area, you would have hurricane-force winds,” the governor said. “Of course, if that storm shifts a little bit to the east, you could be visiting hurricane-force winds right here on Baton Rouge. It only takes a 30 to 40 mile per hour shift for that to happen, so we need to all be paying attention to this."

No state-run shelters have been made available for people seeking refuge from the storm because of the coronavirus pandemic. The state has recommended the use of hotels and motels for people who must leave their homes.

"We need to be serious about it. We need to be prepared," the governor said. "Make sure that you and your family are safe, that you’ve got your supplies, you’ve got your kit, and you’ve got a little more time now. Quite frankly, we didn’t expect that today would be a day — and maybe even the first part of tomorrow — where people could continue to prepare.“

Louisiana caught a break with Marco, the governor said Monday morning, insisting Louisianans should not expect Tropical Storm Laura to behave like Marco and telling people they should still be braced and ready for a storm.

“One of the big benefits of the improved forecast related to Marco is that we have more time to put this into play, and we can also refine the areas we think now that might really need to have evacuation orders in place,” the governor said. “It’s a significantly smaller portion of the state, which is a good thing especially in this COVID environment.”

There have already been extensive preparations across the state, including outside the levee protection system in St. Bernard Parish where crews have been pumping down canals.

The Coastal Protection and Restoration Authority is monitoring 689 gates along the Mississippi River, 3,200 more are closed as of Monday morning.

Gov. Edwards, however, continues to urge residents to urgently and immediately prepare their homes and themselves.

“Every storm is unique; I can tell you. We’re only going to dodge the bullet so many times, and the current forecast for Laura has it focused intently on Louisiana,” Edwards said. “Understand right now, the strength of this hurricane is going to be akin to Rita. Not to Marco or any of the other storms, and that’s why we need to continue to prepare and continue to pray.

Working with the WWLTV reporters and producers across Southeast Louisiana, Devin Bartolotta in Baton Rouge, keeping the team up to date on the latest from the governor. She is working from the Louisiana Public Broadcast station which is fully staffed and ready as a backup location to our French Quarter studio.