He was convicted in the death of two women. 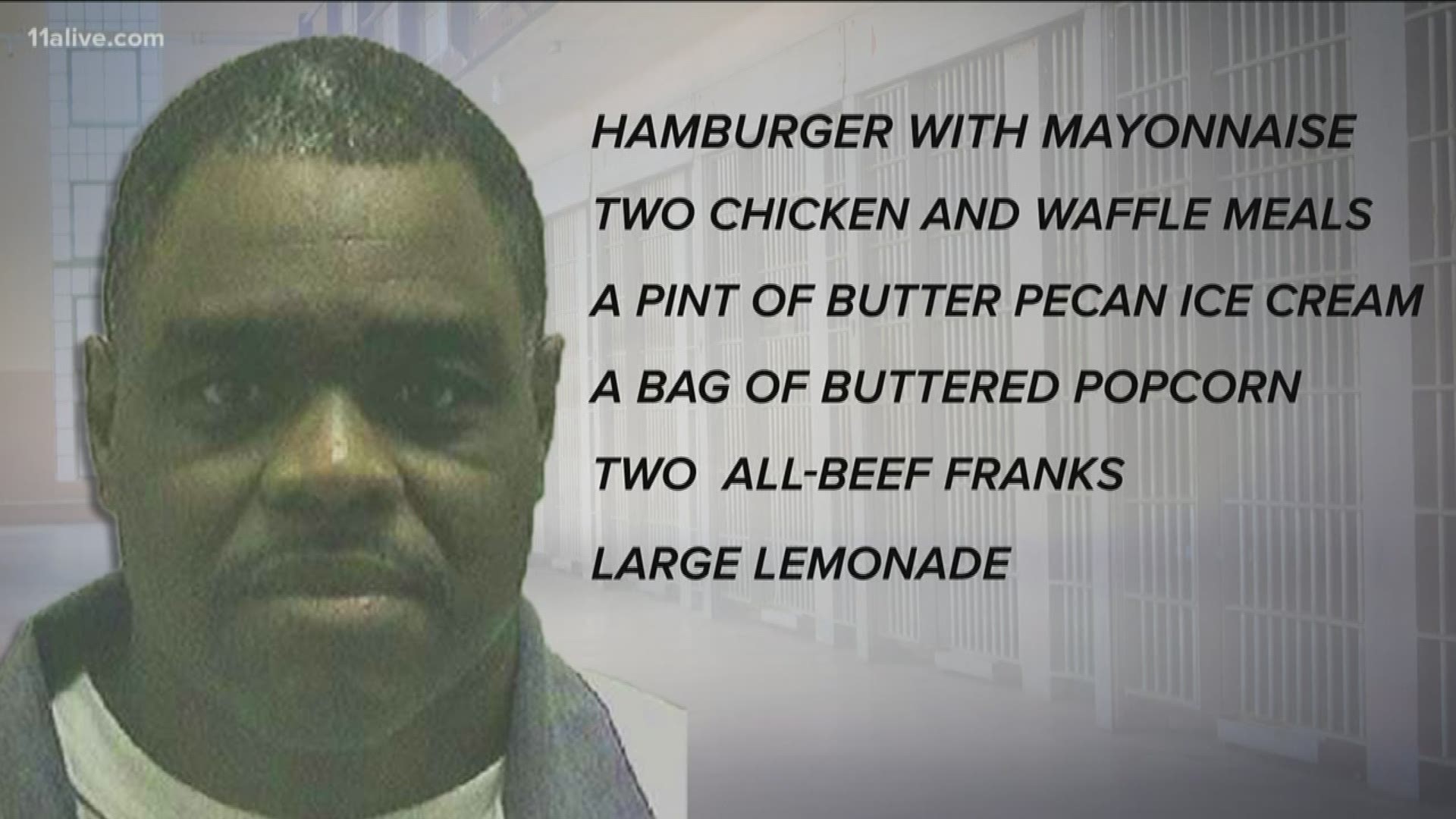 A Georgia inmate set to be put to death next week has chosen his final meal.

Scotty Garnell Morrow, 52, was convicted of murder in the fatal shootings of his ex-girlfriend Barbara Ann Young and her friend Tonya Woods at Young's Gainesville home in December 1994. A third woman was also shot but survived.

Morrow is scheduled to die May 2 at the state prison in Jackson.

For his final meal, Morrow has requested a hamburger with mayonnaise, two chicken and waffle meals, a pint of butter pecan ice cream, a bag of buttered popcorn, two all-beef franks, and a large lemonade, according to the Georgia Department of Corrections.

The State Board of Pardons and Paroles scheduled a closed-door clemency hearing for Morrow on May 1. The parole board is the only authority in Georgia that can commute a death sentence.

There have been 71 men and one woman executed in Georgia since the U.S. Supreme Court reinstated the death penalty in 1976. If executed, Morrow will be the 50th inmate put to death by lethal injection. There were 50 men under a death sentence as of Jan. 1, 2019, according to the Department of Corrections.

RELATED: Tiffany Moss could become only the third woman executed in Georgia

ALSO: A look at some of the final meal requests for other death row inmates

ANOTHER 11ALIVE STORY: Sophie's Nightmare: How a Georgia mother allowed her boyfriend to impregnate her 10-year-old