Treasure hunters out in full force after Tropical Storm Eta

Clearwater Beach is a popular treasure hunter location due to the thousands of tourists who visit. 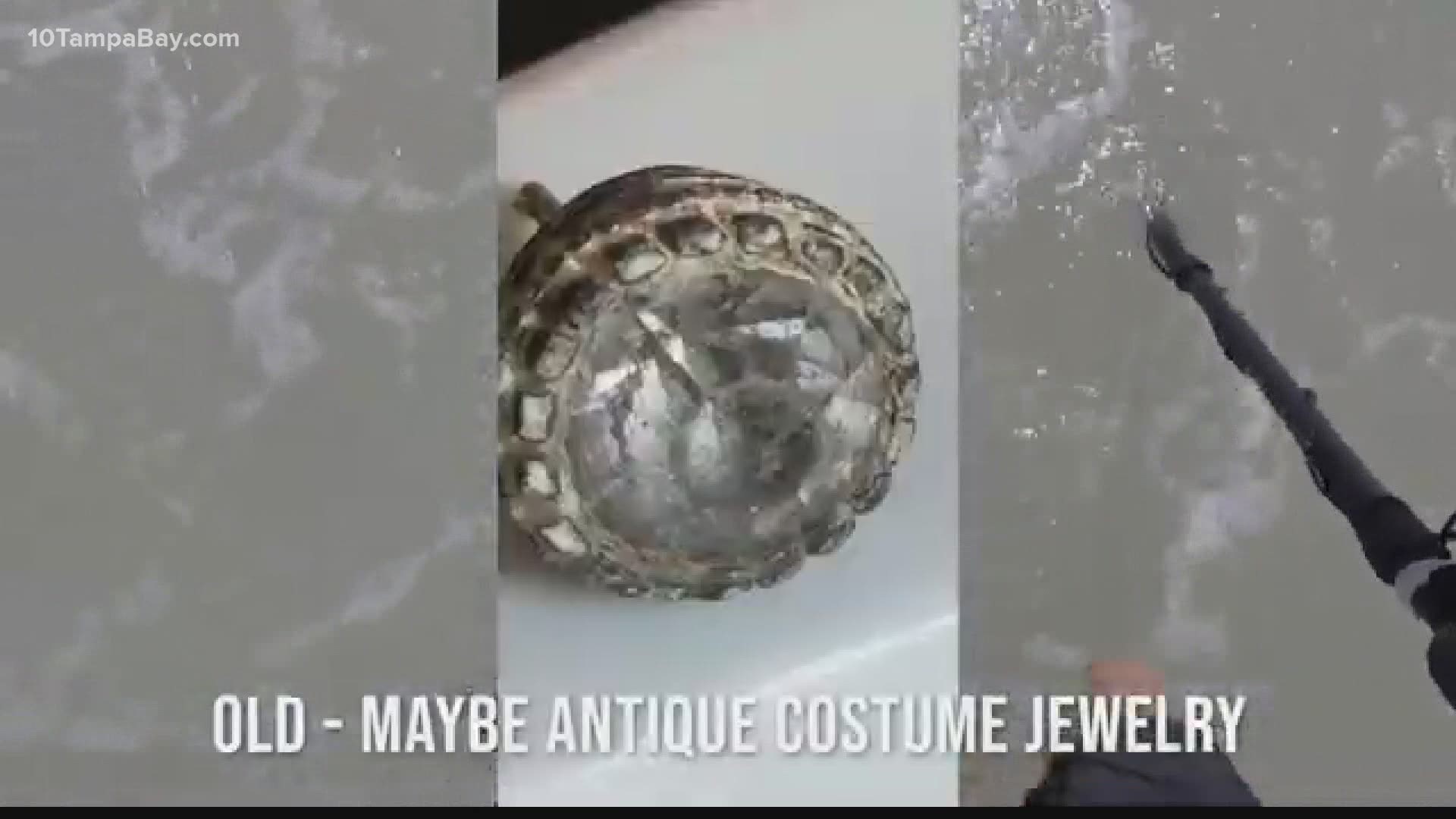 CLEARWATER, Fla. — Following big storms like Eta, you may notice an influx of treasure hunters out on the beaches scouring for their next discovery. Among the treasure hunters is local Steve Mutimer, who launched his own treasure hunting YouTube page this year.

"I've found a few rings and bracelets," treasure hunter Steve Mutimer said, "I started this as soon as the pandemic started to help give me something to do while social distancing outside."

For Mutimer, strong storms and big waves are the perfect storm for treasure hunting.

"After a storm, all the sand has been shaken up and helps make some of the treasures easier to find. Most detectors can only detect about 8 inches into the sand which isn't that deep," he said.

Mutimer grew up in the Tampa Bay area and says his favorite beach to treasure hunt at is Clearwater because of all the tourists visiting from all over the world. Besides finding a lot of coins and trash, he says rings are the most common find.

For anyone interested in becoming a treasure hunter, he says he ordered his detector off Amazon and grabbed a GoPro to film when he first started. And regardless of finding trash or treasure, it's all about the thrill of the find.

"The joy of finding it is like a little kid at Christmas time. You're like, woah, look at the size of that ring or that diamond and it gives you goosebumps. It's fun," he said.

While Mutimer prefers to treasure hunt alone during the pandemic he says there are a few local treasure hunting groups you can find on Facebook.