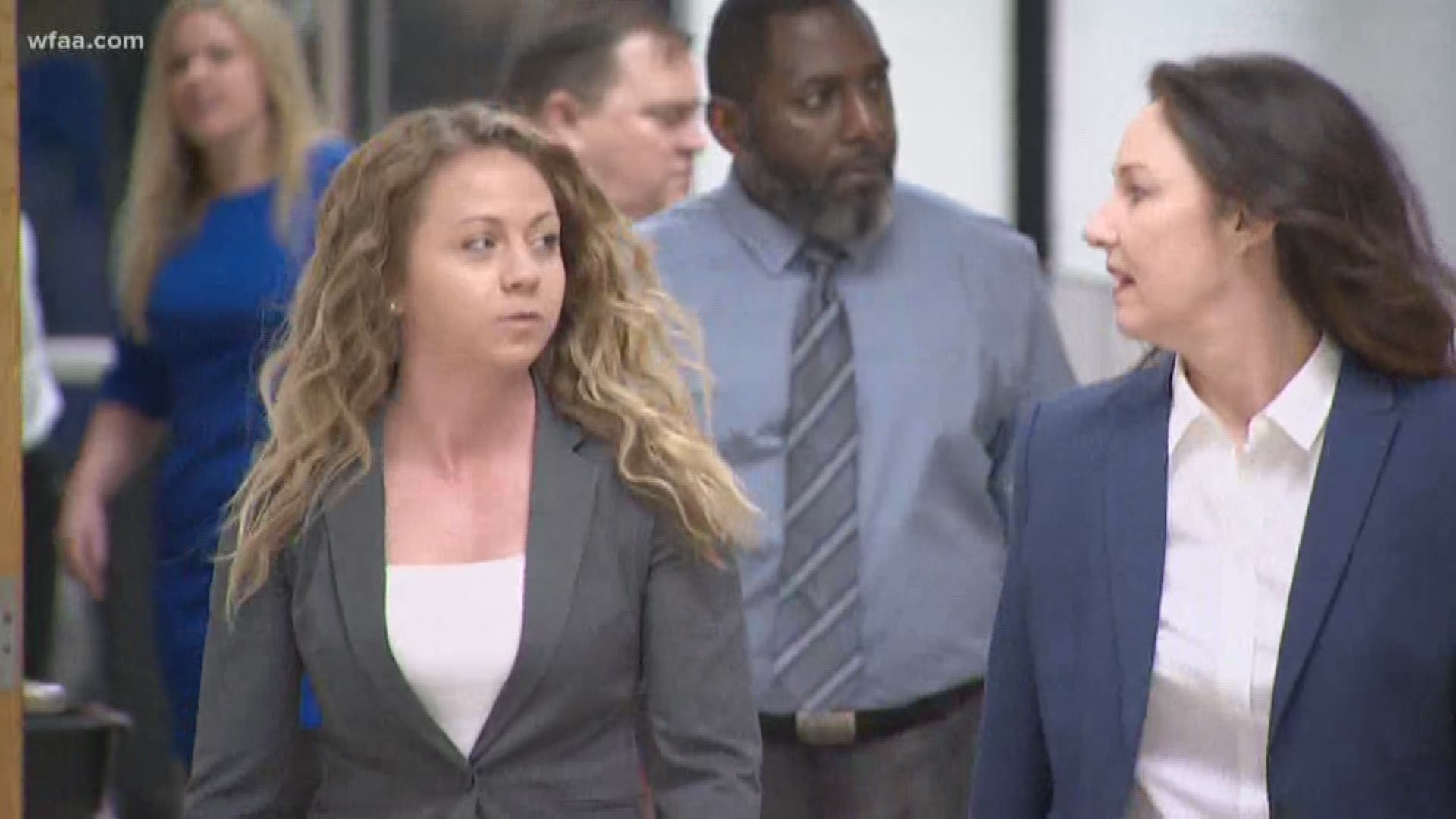 DALLAS — A trial date has been set for the former Dallas police officer charged with murder in the shooting death of 26-year-old Botham Jean at his apartment in September.

Amber Guyger appeared in court Monday morning, flanked by her attorneys as she made her way into Judge Tammy Kemp's courtroom.

Kemp set the trial date for Aug. 12. But Guyger's attorneys are expected to request a change of venue, which would move the trial out of Dallas County and delay the trial date.

Monday's hearing was an announcement hearing – Kemp set the trial date, but the hearing mostly involved the attorneys meeting privately to talk about evidence discovery in the case.

Guyger didn't appear before Kemp, but, like other defendants, she was required to show up.

There was a subpoena for a Dallas police lieutenant familiar with Guyger's timecard during the period she said she walked into Jean's apartment by accident and shot him. The interest in her timecard could concern what role overtime or fatigue played in her actions.

In September, Guyger entered Jean’s apartment – one floor directly above her own – at the South Side Flats apartment complex after a long shift. She claims to have mistaken Jean for an intruder in her apartment and shot him twice. Guyger was arrested nearly 72 hours after the shooting.

While nothing much typically happens at announcement hearings like on Monday, the hearing drew plenty of attention.

Jean's supporters filled the courtroom to watch as a promise to his family, who lives in his home country of St. Lucia.

"Since they can't be there we have made a commitment that we will be here to show support for family and make sure Botham's case receives the attention that it needs,” Minister Jonathan Morrison said. "I still have a lot of questions about what transpired and her version of the story and I am interested in the truth coming out."

Recently, some of Jean’s supporters flew to St. Lucia where he’s from to visit his grave but also to launch a foundation in his name.

“The purpose of it is to continue a lot of the causes that Botham started when he was alive,” said his pastor, Sammy Berry.

Guyger's last court date took place in January. She didn't appear before the judge, but she was present at the Courts Building with her attorney.

Guyger was indicted by a grand jury on a murder charge and was fired from the police department.

Watch: What we know about Amber Guyger: