The call came in around 12:30 p.m. from the brother of the male victim after he stopped at the home to check on them. 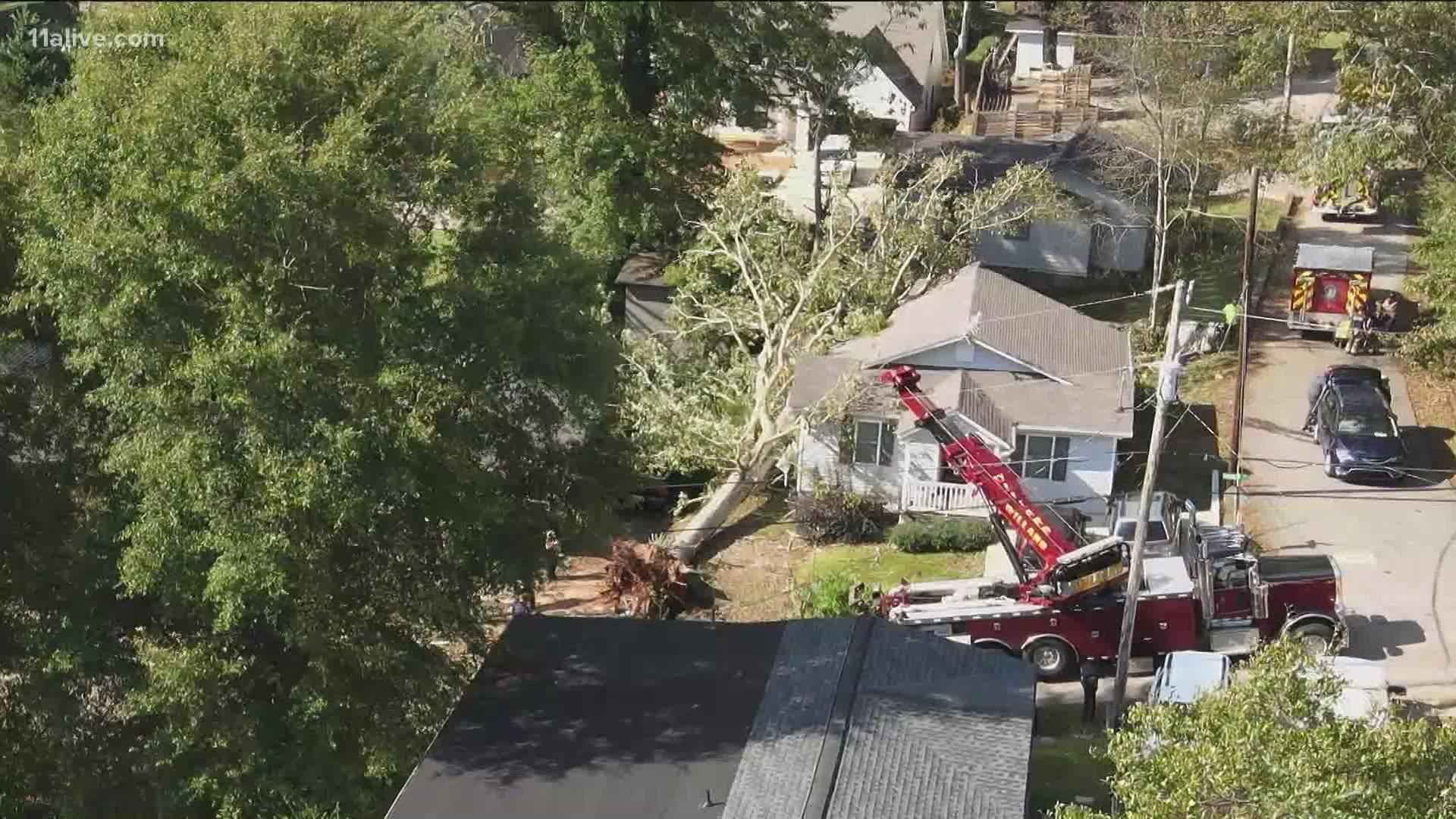 GWINNETT COUNTY, Ga. — Tropical Storm Zeta claimed more lives in Georgia. Thursday morning, two adults were lying in bed when a tree crashed into their home, pinning them in the bed, according to Gwinnett Fire and Rescue's Tommy Rutledge.

The home is in the 500 block of West Garner Street, NE in Buford.

Rutledge said that the fire department's technical rescue crew was called to the scene find a way to move the tree so they could recover the bodies of the victims. The Gwinnett County medical examiner was asked to respond, as well.

Fire officials on the scene told 11Alive's Andy Pierrotti that the victims were a man and a woman in their 20s. They were later identified by the medical examiner's office as Grant Godbee, 24, and Mary Pence, 23.

According to Gwinnett officials, the emergency call came in around 12:30 p.m. from the brother of the male victim after he stopped at the home to check on them.

The deaths of Godbee and Pence bring Tropical Storm Zeta's death toll to three in Georgia. In Acworth, in Cherokee County, a man was killed when a tree crashed onto his trailer home. According to the Associated Press, two other adults and a child were also in the home at the time of the incident but weren’t injured.

"This is a very tragic situation for the family and the community," Rutledge said in a news release. "The incident demonstrates the magnitude of the powerful wind gusts during the aftermath of Tropical Storm Zeta."