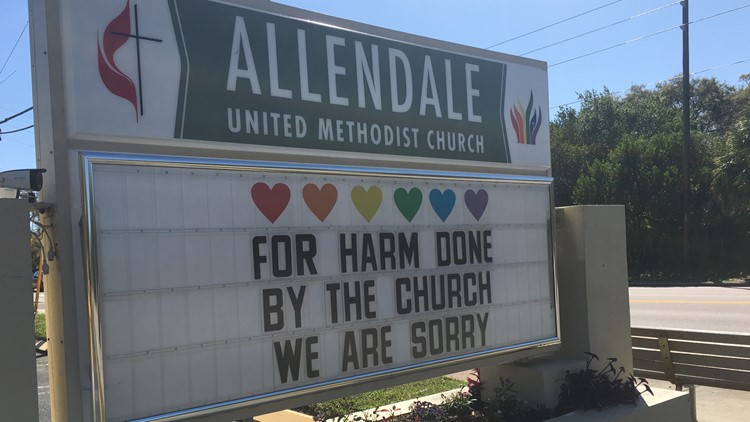 ST. PETERSBURG, Fla. — After months of debate and a worldwide conference, the United Methodist Church rejected a plan that would have allowed openly gay pastors and same-sex marriage.

The decision has only amplified the divide in the church.

The Rev. Andy Oliver of Allendale UMC in St. Petersburg is committed to inclusion, and despite the outcome of the vote, he will practice what he preaches.

Oliver believes the new plan hurts the LGBTQ community and inflicts pain and exclusion towards a group that needs a church on their side.

Oliver was at the conference in St. Louis.

"The delegates there saw the worst in a major part of the church, and many people who remained silent in the past have been moved to a place of advocacy and can clearly say this isn't right."

This Sunday, Oliver is opening up Allendale's 10:30 a.m. service to anyone who wants to support the church as they continue their path of inclusion and support of the LGBTQ community.

UMC's new rules take effect in January of next year, but many expect there to be changes before then, as the church's judicial council has to determine if this decision is constitutional.