The self-driving system was not designed with jaywalkers in mind, the report says. The pedestrian was misidentified because she was not near a crosswalk. 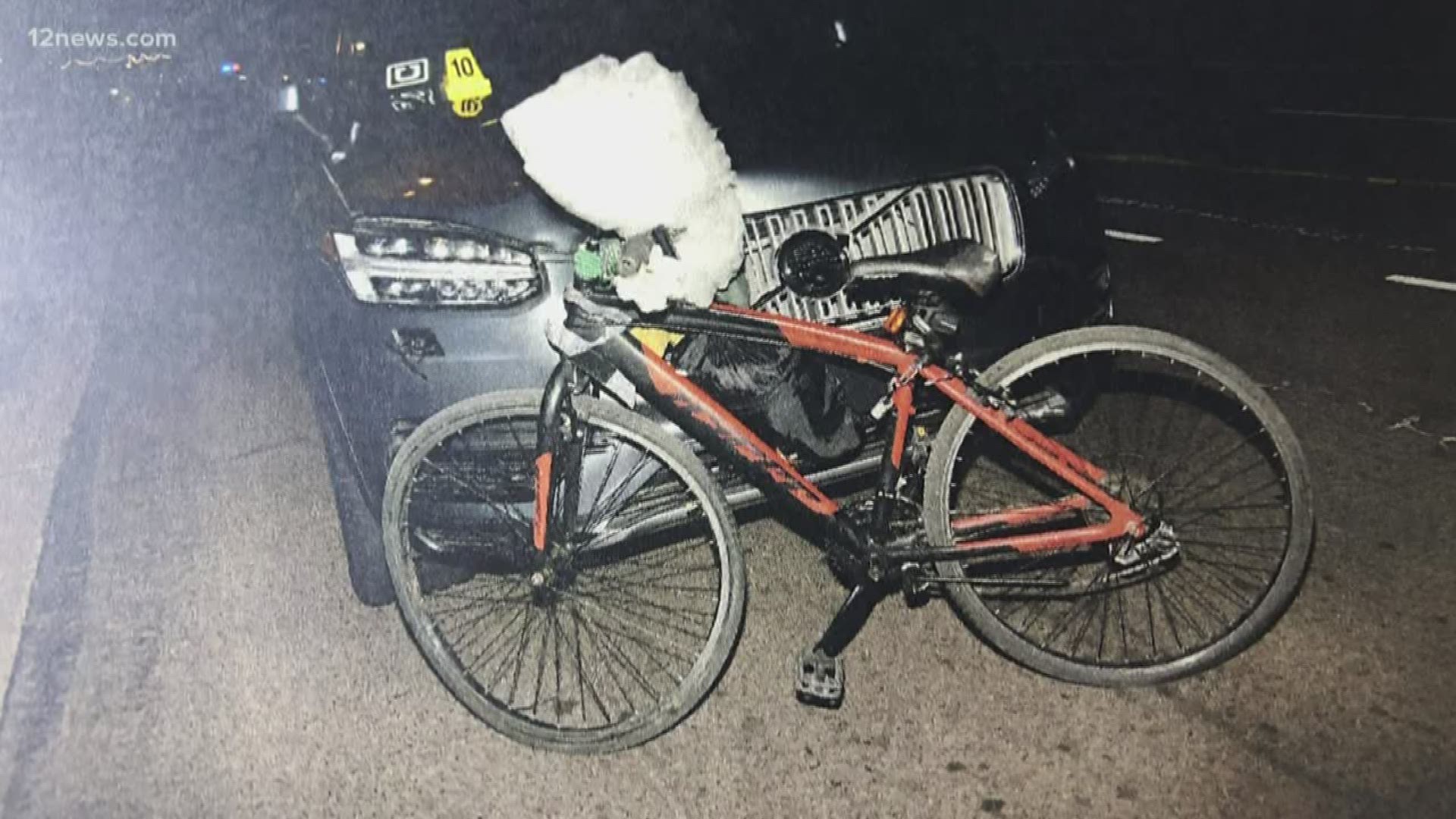 TEMPE, Ariz. — The National Transportation Safety Board released its report on a deadly crash involving a self-driving Uber in March 2018, shedding some light on what exactly happened that night.

The car was on a test route in Tempe with a backup driver behind the wheel when the car slammed into a woman walking her bike across Mill Avenue outside of a crosswalk, killing her.

Data from the system showed the self-driving software saw the pedestrian about six seconds before hitting her, classifying her as an unknown object, as a vehicle, then as a bicycle with several potential paths of future travel.

The system determined that emergency braking was required, but the emergency braking maneuver is not enabled when the car is in self-driving mode, according to the report. Uber told investigators this is meant to reduce the likelihood of erratic stops on public roads.

So it was up to the safety driver to intervene. However, according to the report, the system is not designed to alert the driver when an emergency braking maneuver is required.

The self-driving data showed when the driver did intervene, it was less than a second before impact. She reacted by turning the steering wheel as the car was going 39 mph.

The driver did not brake until less than a second after the impact, the report says.

The NTSB report notes inward-facing cameras showed the driver looking down several times immediately before the crash. According to a Tempe police report, she was streaming an episode of "The Voice" on Hulu at the time.

The report says the computer had been in control of the car for about 19 minutes before the crash.

Videos from the self-driving system cameras showed the pedestrian crossed in a section of the road not directly lit by street lamps. The report also notes she had dark clothing and that the bicycle she was pushing did not have side reflectors.

The self-driving system had multiple ways of identifying a person or object in the road, but it was not designed with jaywalking pedestrians in mind, the report says.

Despite all this, the pedestrian was misidentified because she was not near a crosswalk, according to the report.

All the car's sensors were calibrated on March 13, 2018, five days before the crash.

NTSB will hold a meeting in Washington D.C. on Nov. 19 to determine the probable cause of the crash. Investigators and board members will be present.

You can read through the full NTSB report here.

Uber said in a statement to 12 News on Wednesday that company officials "regret" the crash "involving one of our self-driving vehicle's that took Elaine Herzberg's life."

The company said the team has "adopted critical program improvements to further prioritize safety" and will review the board's recommendations after its meeting this month.

Check back here for more updates as we continue to read through the report.

1 / 6
The bike Elaine Herzberg was walking across Mill Avenue when she was struck and killed by a self-driving Uber. (Photo: Tempe Police Department)