Video from the Sawmill Fire near Tucson has seen a resurgence of interest on social media, and some confusion, after a new fire sparked in California.

PHOENIX — A California couple's plan to reveal their baby's gender with fireworks inadvertently sparked a massive fire that continues to burn.

It’s not the first botched gender reveal party that’s sparked a wildfire either.

In 2017, the Sawmill Fire burned almost 47,000 acres near Tucson. It lasted about a week and caused more than $8 million worth of damage.

Video released by the U.S. Forest Service a year after the Arizona fire shows a target bursting into flames after getting shot.

An off-duty Tucson sector Border Patrol agent filled the target with colored powder to reveal the baby’s gender and tannerite, a highly explosive substance, which led to the massive fire after igniting.

That video of the Sawmill Fire has seen a resurgence of interest on social media, and some confusion, as the fire in San Bernardino County continues to rage.

This year’s El Dorado Fire was sparked after an unidentified family went into a field and fired off an explosive device for the same reason - revealing their baby's gender. Conditions were perfect for a fire to spread quickly - triple-digit temperatures, low humidity, dry vegetation and a stiff breeze.

Wildfires have burned more than 2 million acres in California this year, setting a state record even as crews battled dozens of growing blazes in sweltering temperatures. 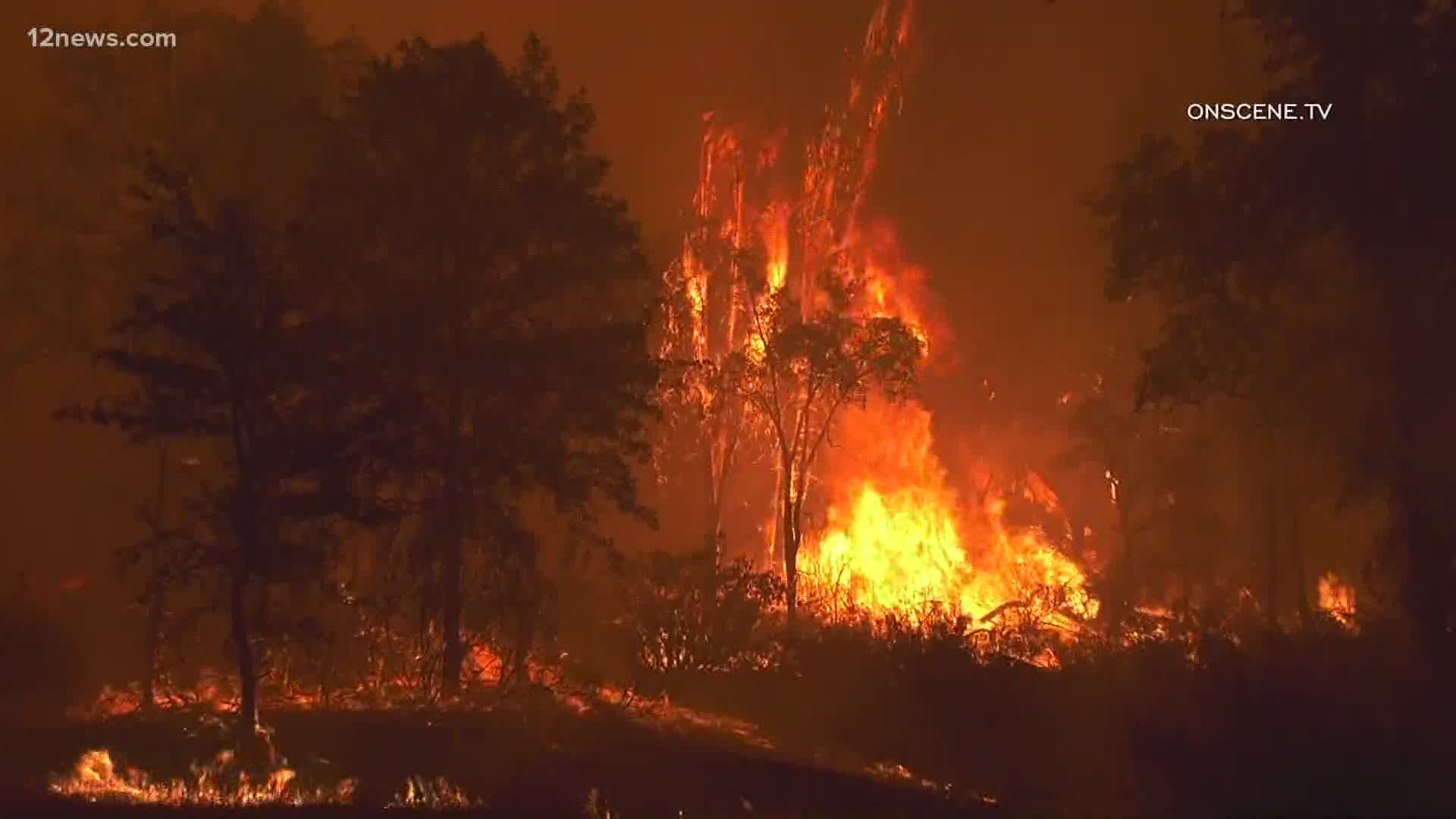