VERIFY: Can an unattended water bottle start a fire in a sunny car?

A fire department in Oklahoma shared the video and explained that three conditions have to be just right. 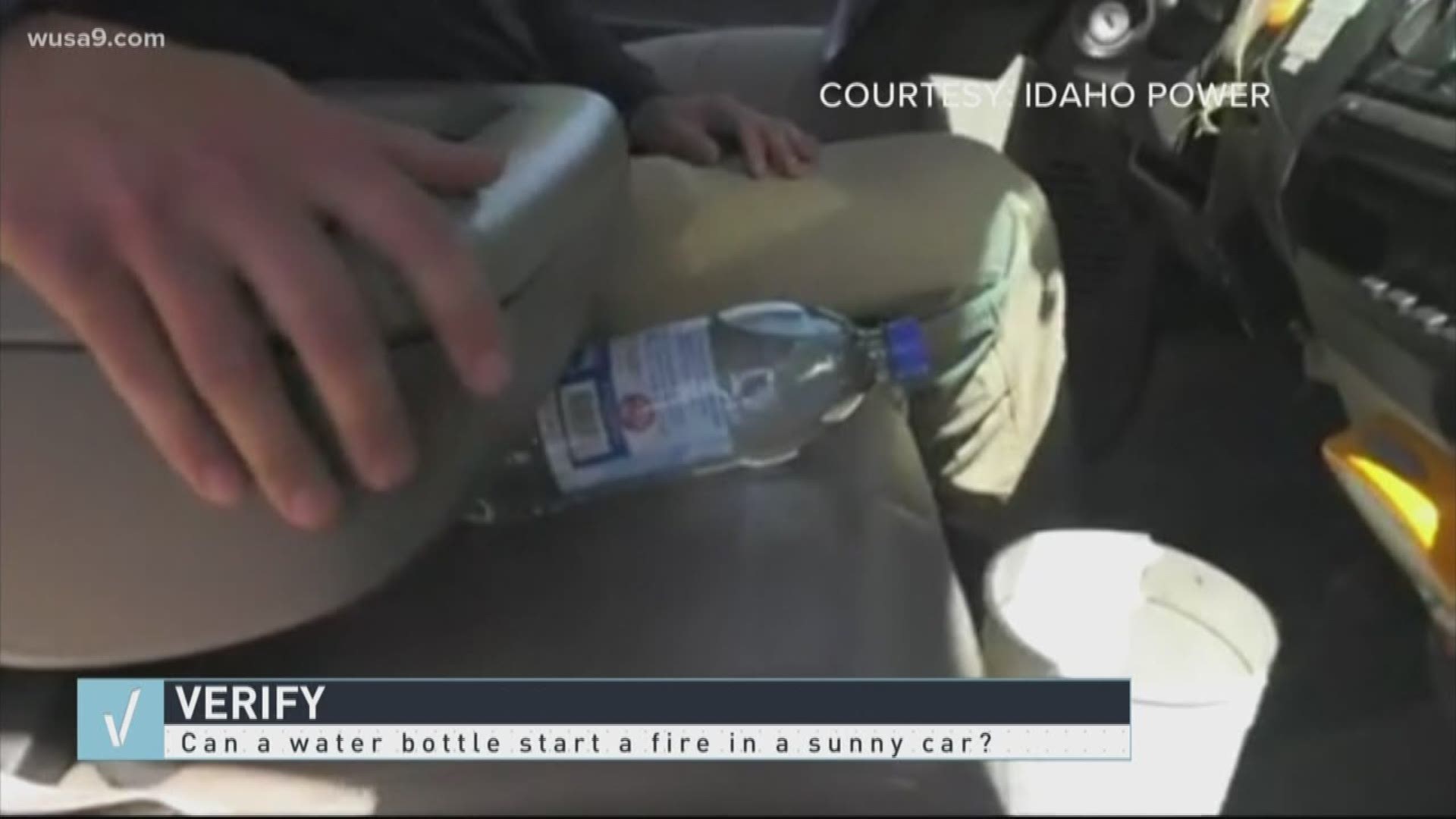 Can an unattended water bottle start a fire in a car?

Under just the right conditions, yes.

With a heat wave in store this weekend, a popular video on Facebook is picking up steam. It claims a water bottle can catch fire in a really sunny car. Is it true?

First we went to the source. The video was posted by Idaho Power—an electric utility company in Idaho.

A battery technician was sitting in his truck when he noticed his leather seat starting to smoke.

Sunlight had beamed through a disposable water bottle scorching the cushion, which had a surface temperature of 213 Fahrenheit.

A fire department in Oklahoma shared the video and explained that three conditions have to be just right—there's got to be liquid, the liquids must be clear and so does the bottle. Then it's got to be at the right angle for sunlight to pass through, similar to a magnifying glass.

The Midwest Fire Department did clarify that this won't likely happen if you're driving, since you'd go under bridges and past buildings and the sun would be moving around and not in a direct contact with the bottle.

So we can Verify, yes, according to firefighters, a clear water bottle, sitting unattended, in a car can start a fire.