Ashley Suttle once served her country in the army, now she serves it up in the kitchen to inspire her community. 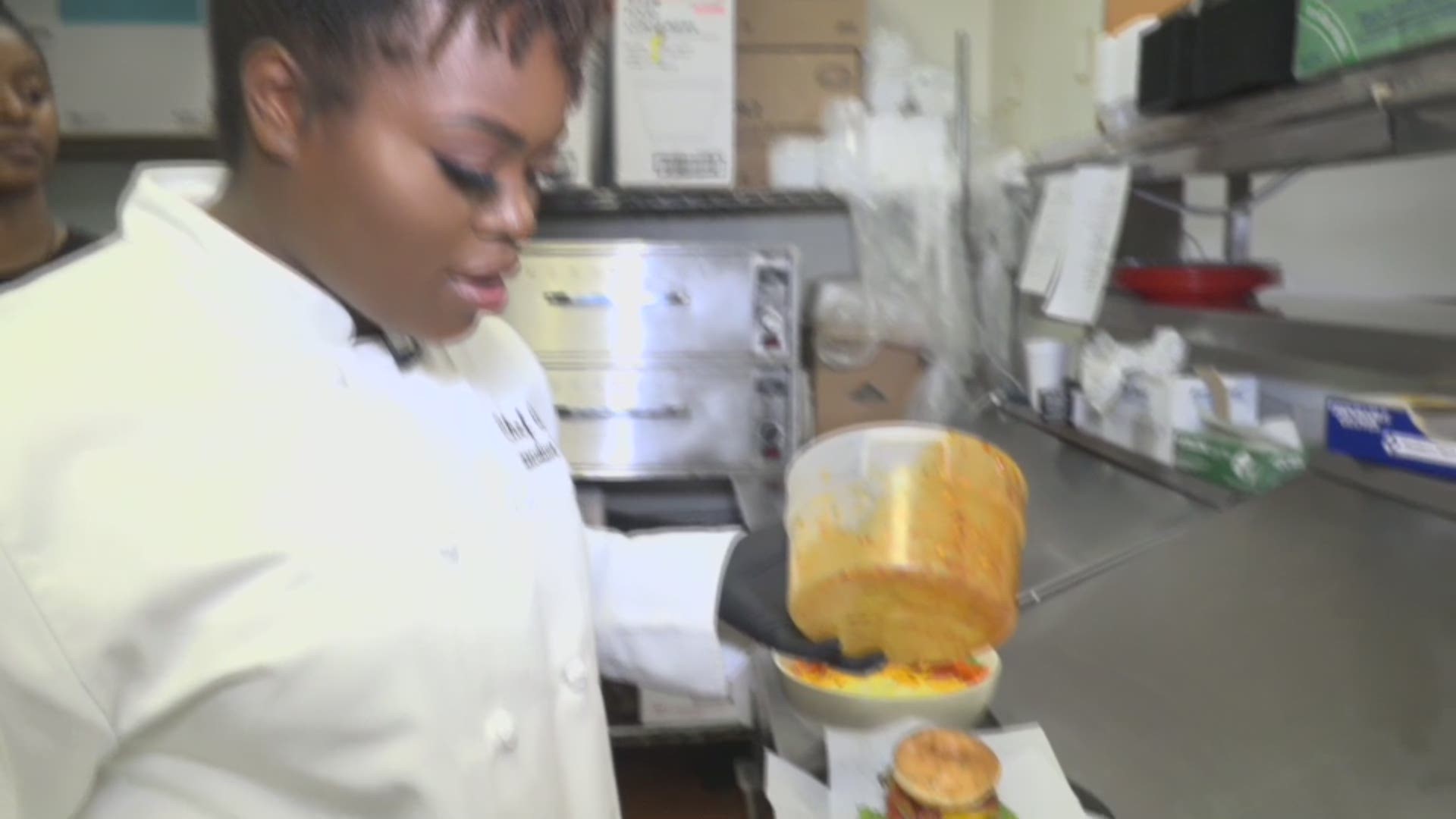 TAMPA, Fla. — Ashley Suttle spent several years in the army as a cook. She always knew her way around the kitchen, but never thought it would be how she would make a living.

"When I was in the army, I was doing what I needed to do to provide for my family and best serve others," says Suttle.

In 2013, Suttle says she hit her lowest point and thought there was no way to escape it.

"I was living in a mobile home, I had a 24-hour eviction letter on my door, things were so hard, I was a single mother, I just thought there's no coming back from this," Suttle said.

After leaving the army, the talented chef started a career in music and launched a clothing line. But she says those pursuits were difficult compared to when she was making magic in the kitchen.

She says that skillset came naturally.

"When I focused on my purpose everything started coming together." says Suttle.

She and her team travel and provide amazing meals and top chef servicing all over Tampa Bay.

"I had a food truck at one point, people would wait for hours to get a plate. I've had the same team from the beginning and right now traveling works best for us," says Suttle.

Suttle shares her culinary creations on social media with her more than thirty thousand followers.

"I think its important that when people get on social media, you see the food, people eat with their eyes, presentation is big for me," Suttle adds.

You can keep up with Ashley and her delicious dishes on Instagram.