A Polk fire captain was suspended for sending photos of the fire. Meanwhile, the woman was inside the burning home. 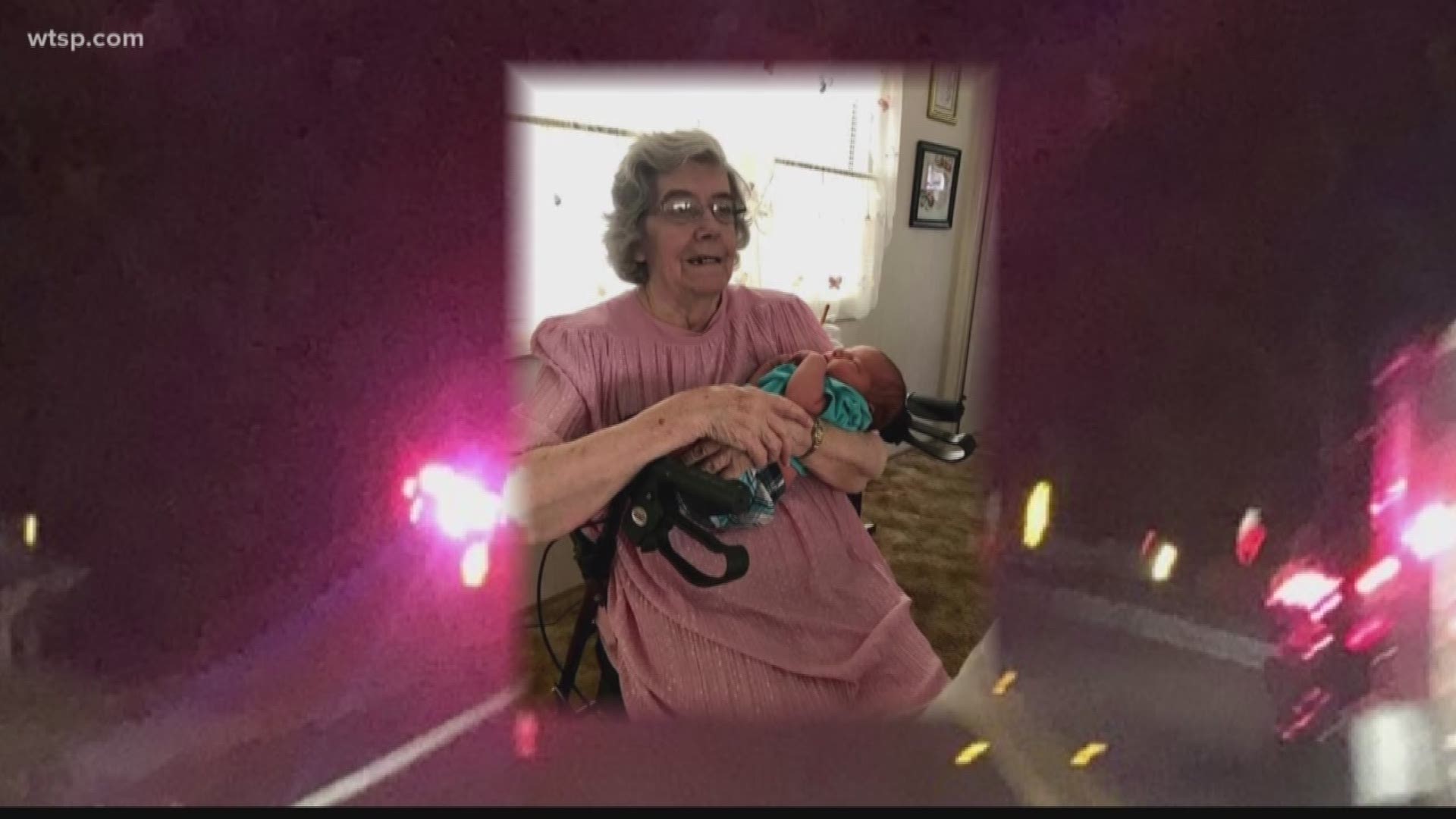 POLK COUNTY, Fla. — A Polk County Fire Rescue captain has been suspended for sending out images from what turned out to be the scene of a deadly fire on Snapchat this past November.

Now, relatives of the woman who died in that fire say the department should’ve been doing more to save the 76-year-old woman.

The case is raising questions about the response, policy and accountability.

“That’s unacceptable,” says Amber Addison, questioning why Polk County firefighters didn’t do more to save her aunt from a deadly house fire this past November.

On the 911 call, you can hear Loretta Pickard, frightened, weeping and coughing as smoke and fire build inside her log home on Rockridge Road north of Lakeland.

Addison says her aunt had been using a walker because she’d recently had hip surgery, and during the call Pickard tells the dispatcher several times that she’s too week to try to move around.

“They know I’m in here, right?” Pickard asks the 911 dispatcher.

Eventually, Pickard tells them she can hear emergency workers arriving.

“Here they come, I hear the sirens,” she says. “I’m going to stay with you until they get there, OK,” the dispatcher answers.

But even after 20 minutes on the line, no one tries to enter the home to rescue Pickard. Instead, she dies -- sitting just feet from a door that firefighters never enter.

“They are the heroes, they are the ones that rush in to save the day,” said Addison. “And in this case, they didn’t.”

Officials insist firefighters tried to make entry, but the fire was just too intense.

Pickard’s relatives say the firefighters' log doesn’t even mention a person being trapped inside.

“I wasn’t there, so I don't feel comfortable calling them cowards,” said Addison. “But they definitely made very bad choices.”

What’s more, officials found the fire captain in charge that night, James Williams, had Snapchatted images of the house burning while waiting for another fire truck to arrive.

County administrators suspended Williams for 24 hours, the equivalent of three days' pay. The firefighter’s union says Williams accepted his discipline, and they have not filed any grievances or appeals.

“If it turns out that he was on the phone during the time that my aunt was alive on the call,” said Addison, “he needs to be terminated. And charges need to be filed.”

Addison says she also wants to see policy changes so no one else suffers her aunt’s fate. And she believes 911 should encourage people get out of a burning house, not just wait for help to arrive.