Deputies say they were forced to shoot the dog. 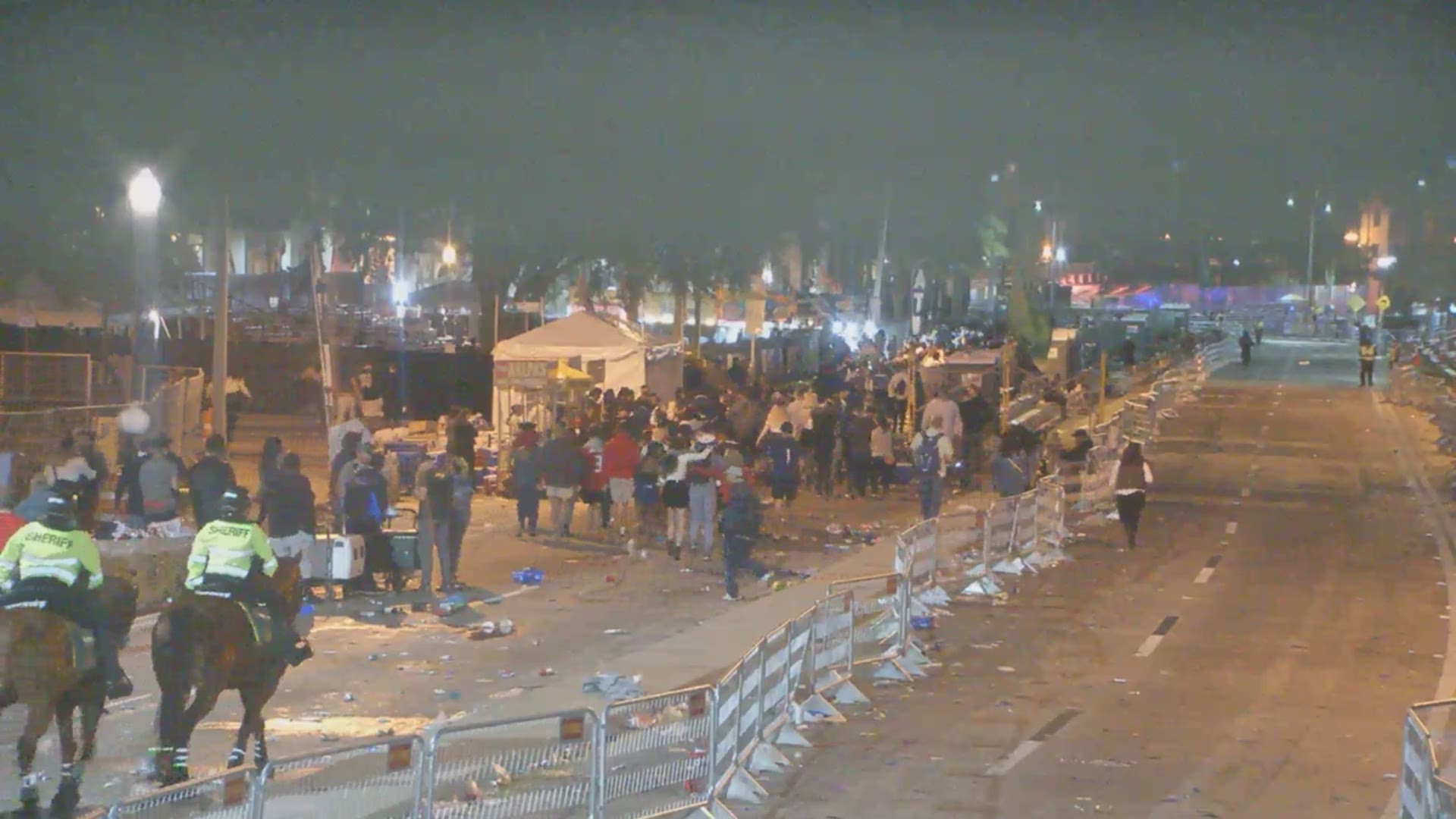 They were helping clear the streets after the hours-long party when deputies say their horses were attacked.

Video posted by the Hillsborough County Sheriff’s Office shows a large pit bull charging at the mounting units after the Gasparilla Parade and snapping at their legs.

One deputy tried to hit the 70-pound dog with a Taser but couldn’t risk stunning the horse. Then, the dog turned toward another horse and bit the protective covering on its leg. HCSO says when it lunged at a third horse, a deputy pulled out his gun and shot the dog.

Sheriff Chad Chronister said in a statement while it’s especially difficult for a member of the mounted unit to be forced to take a dog’s life, the deputy had no choice.

“While it is extremely upsetting that a dog lost its life in this incident, there could have been many more injuries and potential losses had the horse been badly injured, not only to the horse itself but also to the deputy riding him, the crowd of people walking nearby on Bayshore Blvd and the other horses who could have reacted due to their herd mentality. We are extremely thankful that this incident did not end with anymore casualties.”

No horses or deputies were seriously hurt.

You can watch the video here:

RELATED: Here are the arrests made on Gasparilla

RELATED: Cleaning up Gasparilla: Around 400 volunteers collect tens of thousands of discarded beads